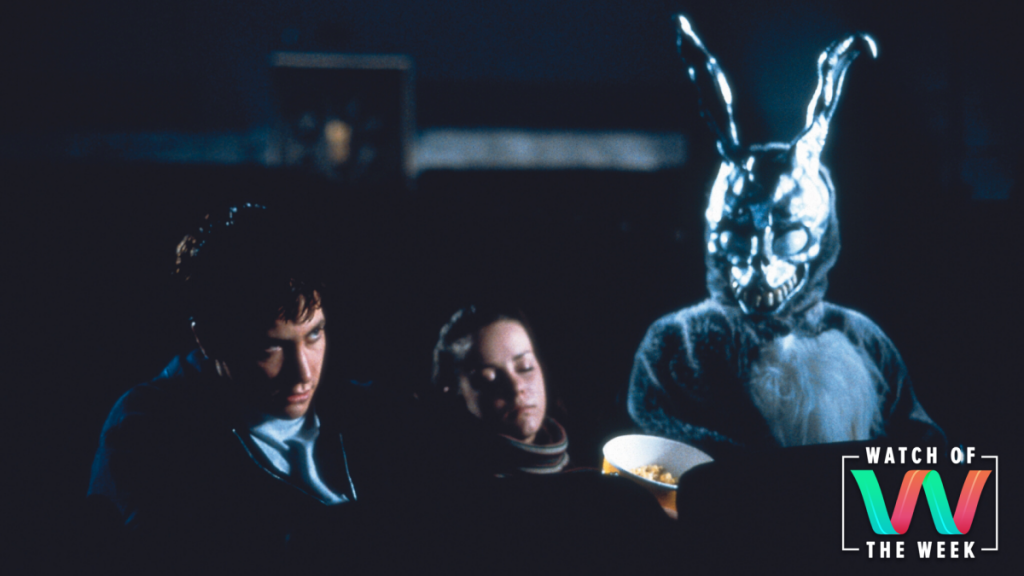 On Oct. 26, 2001, writer-director Richard Kelly released Donnie Darko to unsuspecting audiences. The cerebral sci-fi thriller had received good buzz at the Sundance Film Festival that January, but its theatrical run was swallowed by the shadow of Sept. 11. The movie’s existential themes — manifested as a complex time-travel saga regrettably involving a plane crash — failed to impress at the box office. So the flop was seen as the predictable outcome of a movie too dark hitting theaters too soon.

Today, Donnie Darko celebrates its 20th anniversary in the wake of multiple disasters. Yet, its melancholy story of a teenager trapped between universes plays more cathartic than callous. Sure, then 19-year-old Jake Gyllenhaal’s breakout performance is more enjoyable knowing what a star he’d become. Not to mention, adolescent angst generally looks better in hindsight. But more than the sheen of perspective, this philosophy-driven work now wields the support of an entertainment landscape better accustomed to its groundbreaking guts.

On its face, Donnie Darko tells the tale of a young man with schizophrenia who escapes a near-death experience and is later plagued by hallucinations of a man in a rabbit suit, heralding the end of the Earth. Examined more closely, it’s a complex reflection on free will and determinism that asks not only if our destinies are our own, but also whether what we do with them matters. The taboo nature of the subject is underscored, perhaps most memorably, in a scene between Donnie and his science teacher, played by Noah Wyle.

“I’m not going to be able to continue to have this conversation,” Professor Monnitoff tells Donnie, amid a heated discussion on God, science, and oblivion.

Donnie Darko wasn’t new in its ideas. Nihilism is as old as philosophy itself; plus, The Matrix hit theaters in 1999. But Green’s twisted tale of a kid grappling with armageddon was before its time in its fearless yet grounded approach to putting such scary thoughts on screen. Using a unique structure, an ethereal score, and unforgettable imagery, this under-sung indie captured a mood more than a moment.

Notably, the events of the film take place during the U.S. presidential campaign of 1988. Donnie’s older sister (Maggie Gyllenhaal) and his father (Holmes Osborne) spend a good deal of the movie debating the merits of Dukakis and Bush Sr. Meanwhile, his younger sister (Daveigh Chase) and mother (Mary McDonnell) are swept up in a school dance team drama, backed by the tunes of Duran Duran.

The sense that none of these subplots particularly matter serves to emphasize our hero’s tragic demise. After a jet engine crashes on top of a smiling Donnie, who saves the world by fulfilling an arcane prophecy that he knew would end in his death, a shudder is seen going through those he’s touched. Even Gretchen Ross (Jena Malone), who has yet to meet Donnie in the reality we end up with, seems to feel the loss.

From the banal narcissism of Birdman and Rick and Morty to the layered trauma of Bo Burnham: Inside and Fleabag, characters’ complex inner lives have become regularly explored arenas in TV and film. That’s proven fertile ground for broader discussions of humanity’s purpose — or lack thereof. As a result, Donnie Darko seems less a vessel for nostalgia entertainment than a contemporary of the current climate.

“28 days, 6 hours, 42 minutes, and 12 seconds…That is when the world will end,” Donnie is told of his impending apocalypse. Two decades later, the question remains: How long until ours?