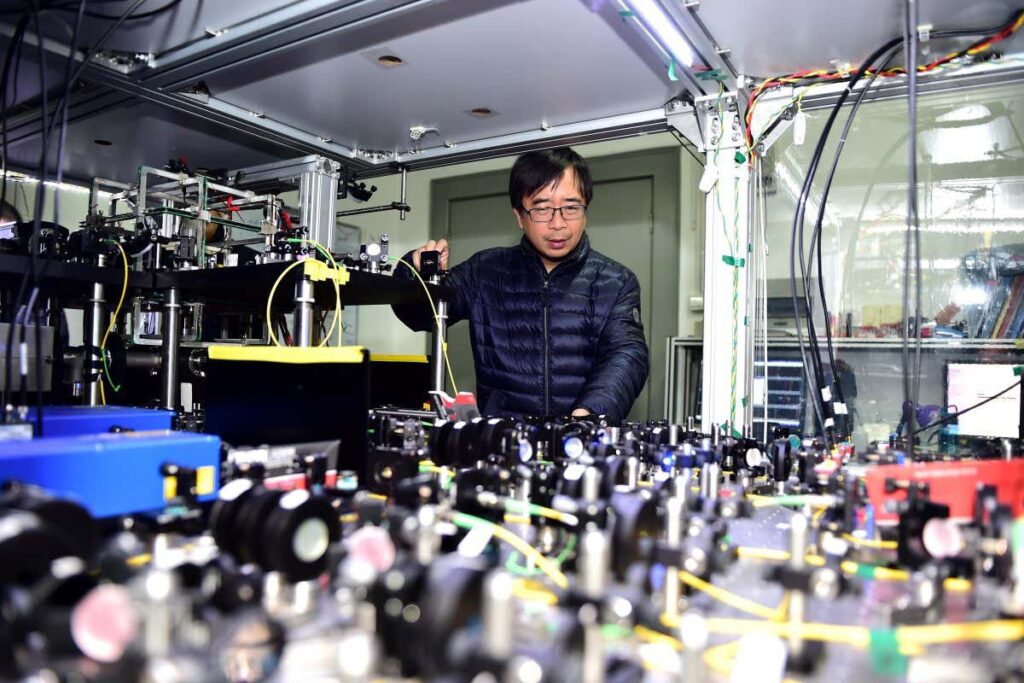 In July, the University of Science and Technology of China announced it had surpassed Google’s claimed quantum supremacy achievement. China’s ambitious quantum computing efforts are all under the oversight of one man, Jian-Wei Pan

GOVERNMENTS and companies around the world are racing to build a useful quantum computer, and the stakes are as high as the R&D budgets. Such a machine could crack encryption wide open, boost the power of artificial intelligence and help develop unique materials and drugs.

A big player in the field is China, which has a centralised and extremely well-funded government project hoovering up talent, all under the oversight of one man: Jian-Wei Pan.

The same words crop up repeatedly when you discuss Pan with those who know him: reserved, focused, driven and bright. He is often referred to as the “father of quantum”.

He attended the University of Science and Technology of China (USTC) in 1987 and later the University of Vienna in Austria for his doctorate, ultimately returning to USTC to run one of the largest and most successful quantum research groups in the world. In Vienna, he worked under the prominent physicist Anton Zeilinger, who later said: “I can’t imagine the emergence of quantum technology without Jian-Wei Pan.”

Gregor Weihs at the University of Innsbruck, also in Austria, worked with Pan in Vienna and recalls his time there. “Initially he didn’t have any experimental experience, but it was obvious that he understood quantum physics better than any of us, and had amazingly creative ideas,” he says.

“He was certainly driven and motivated to build bigger things,” says Thomas Jennewein at the University of Waterloo in Canada, who also worked with Pan in Vienna and helped him set up a new quantum research lab at USTC in 2002.

Pan’s work has yielded huge results – it has been cited in nearly 50,000 other scientific papers – and has in turn led to a lot of government investment. A quantum laboratory that was opened at USTC in 2020 cost a reported $10 billion. Such backing has yielded big results of late.

Tech giants and research teams around the world have been in a race to outdo each other when it comes to quantum supremacy, the point at which a quantum computer can solve a problem that is impossible for classical computers. In July 2021, USTC announced it had surpassed Google’s claimed quantum supremacy achievement by solving a problem three orders of magnitude harder than that performed by Google’s Sycamore machine. In September, USTC bested its own benchmark by another three orders of magnitude.

USTC is making great strides in quantum communication too. It recently revealed that the world’s largest metropolitan quantum network – which involves banks, universities and government buildings across the city of Hefei in China – has been running for nearly three years. In 2016, USTC put the first quantum satellite into orbit, demonstrating unhackable communications with ground stations on Earth.

Pan’s influence in Chinese science is large and growing. He is the vice-chair of the Jiusan Society, a minor political party that serves as a kind of think tank on scientific and educational issues.

It remains to be seen which country or company will be first to develop a practical quantum computer, but Pan and USTC seem likely to remain at the centre of this field for the near future.

This was a year of tackling great challenges, from the covid-19 pandemic to climate change. But 2021 was also rich in scientific discoveries and major advances.