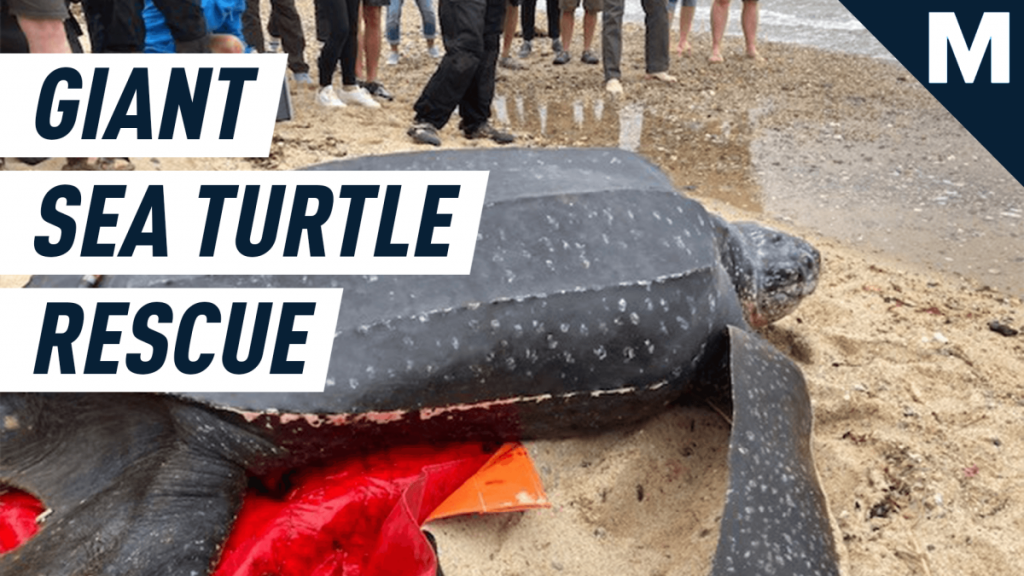 A giant sea turtle got stranded. Now satellites are keeping an eye on him.

Volunteer crews in Massachusetts came to the rescue of this giant leatherback sea turtle spotted in Cape Cod. Fortunately, the turtle appeared to be in good health and was released back into the ocean.

Satellite and acoustic tracking devices were also placed on the sea turtle, enabling researchers to monitor his migration patterns over the next five to ten years.