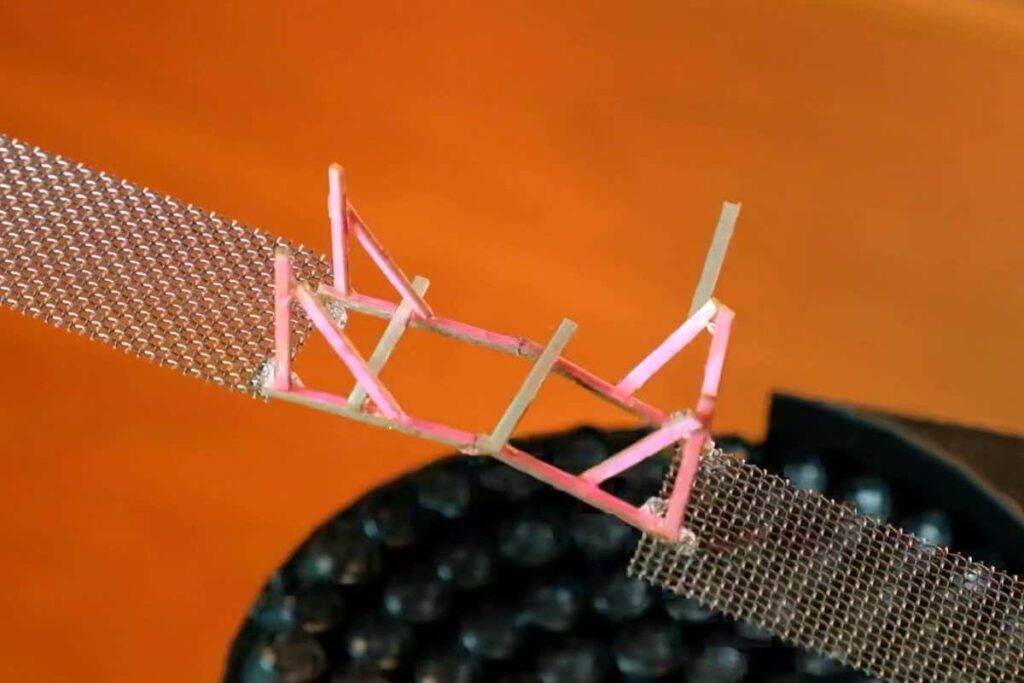 Sound waves have been used to build complex structures in mid-air out of floating components and droplets of glue, showing the approach may have engineering and medical applications

Precisely sculpted sound waves have been used to levitate components and tiny droplets of quick-setting glue to build complex structures piece by piece in mid-air. The approach may have practical engineering and medical applications.

Asier Marzo at the Public University of Navarre, Spain, and his colleagues have developed a system called LeviPrint, which uses a robot arm that can create very specific sound waves. The arm’s movement and acoustic levitation abilities mean that it can carry components to assemble an object from them without touching any parts.

By sculpting sound waves, the machine is able to levitate, rotate and move droplets of glue or resin and small sticks, and by combining these, it can create complex structures. The glue is set almost immediately using a beam of ultraviolet light. Small droplets of resin can also be added to parts and cured in the same way, allowing the device to function similarly to a 3D printer.

The approach offers advantages over 3D printing, says the team: a wide range of materials can be used and it can handle liquids, powders and hot or hazardous substances.

The prototype operates with 40 kilohertz sound waves and the largest pieces successfully used so far were 8-centimetre-long sticks of balsa wood.

Marzo says there will be engineering applications for the technology, and because sound waves can travel through liquids and the human body, there may also be medical uses.

“It’s obvious that we could try to apply these methods to also manipulate some materials inside the human body,” he says. “Maybe our first ideas are not so much about fabricating inside the body, but manipulating or translating some elements inside of it; maybe nano robots, microscopic cameras or maybe you could transport some medicine to a desired location.”