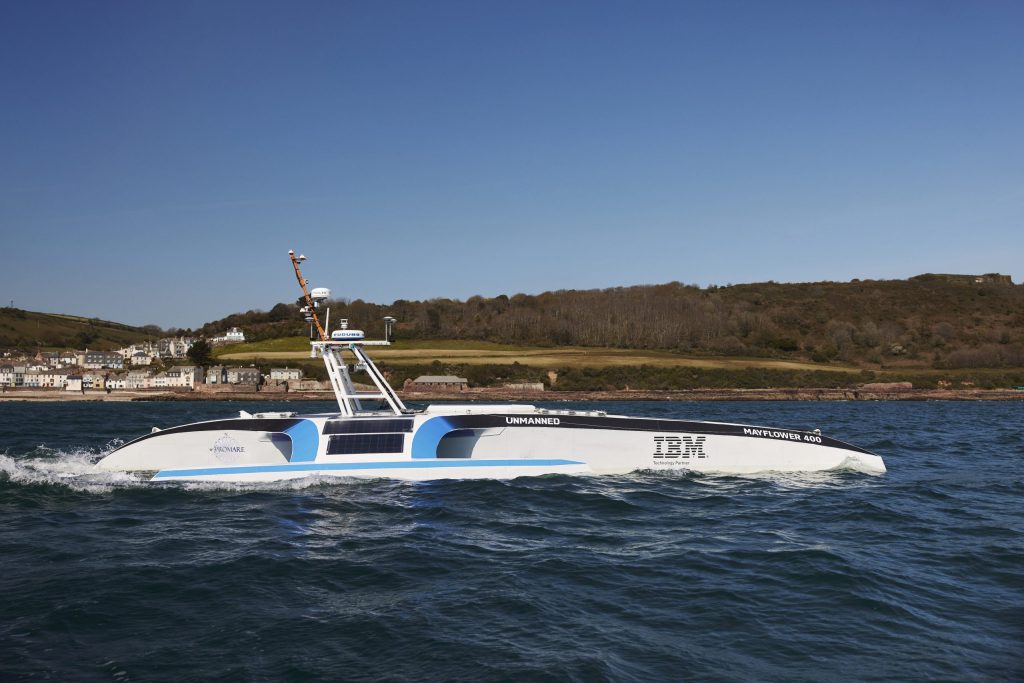 IBM’s fully-autonomous edge AI-powered ship Mayflower has set off on its crewless voyage from Plymouth, UK to Plymouth, USA.

The ship is named after the Mayflower vessel which transported pilgrim settlers from Plymouth, England to Plymouth, Massachusetts in 1620. On its 400th anniversary, it was decided that a Mayflower for the 21st century should be built.

Mayflower 2.0 is a truly modern vessel packed with the latest technological advancements. Onboard edge AI computing enables the ship to carry out scientific research while navigating the harsh environment of the ocean—often without any connectivity.

“It will be entirely responsible for its own navigation decisions as it progresses so it has very sophisticated software on it—AIs that we use to recognise the various obstacles and objects in the water, whether that’s other ships, boats, debris, land obstacles, or even marine life,” Robert High, VP and CTO of Edge Computing at IBM, recently told Edge Computing News in an interview.

The Weather Company, which IBM acquired back in 2016, has been advising on the departure window for Mayflower’s voyage. Earlier this week, the Mayflower was given the green light to set sail.

Mayflower’s AI captain is developed by MarineAI and uses IBM’s artificial intelligence powers. A little fun fact is that the AI had to be trained specifically to ignore seagulls as they could appear to be large objects and lead to Mayflower taking unnecessary action to maneuver around them.

The progress of Mayflower can be viewed using a dashboard built by IBM’s digital agency iX.

A livestream from Mayflower’s onboard cameras is also available, but it can understandably be a little temperamental. IBM partnered with Videosoft, a company that specialises in live-streaming in challenging environments, to enable streaming over speeds of just 6kbps. However, there are times when Mayflower will be fully-disconnected—which even the best algorithms can’t overcome.

If the livestream is currently available, you can view it here.

Unlike its predecessor, Mayflower 2.0 won’t be reliant solely on wind power and will employ a wind/solar hybrid propulsion system with a backup diesel generator. The new ship also trades in a compass and nautical charts for navigation in favour of a state-of-the-art GNSS positioning system with SATCOM, RADAR, and LIDAR.

A range of sensors are onboard for scientific research including acoustic, nutrient, temperature, and water and air samplers. Edge devices will store and analyse data locally until connectivity is available. When a link has been established, the data will be uploaded to edge nodes onshore.

Mayflower is a fascinating project and we look forward to following its voyage. AI News will keep you updated on any relevant developments.