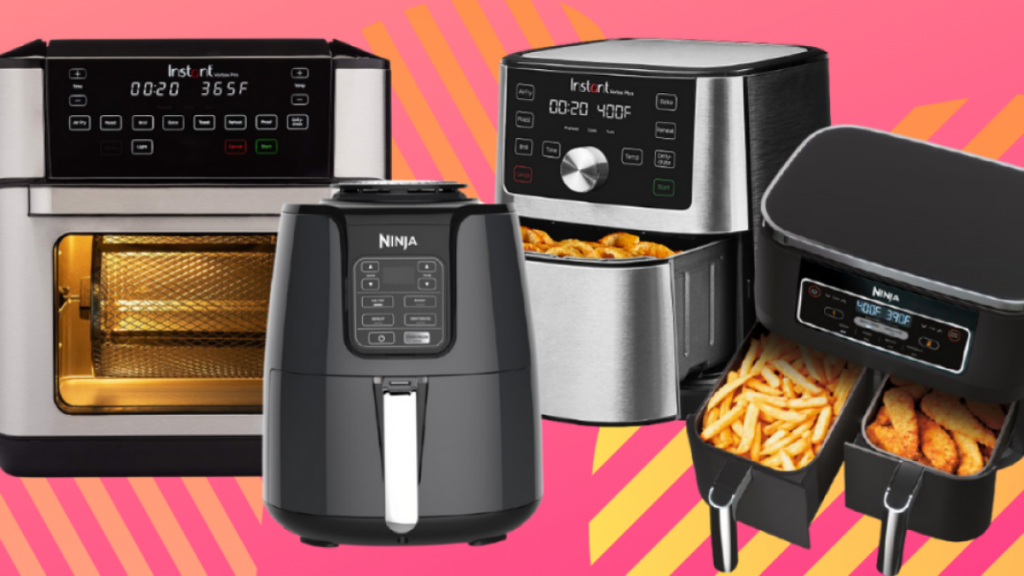 Air fryers on sale ahead of Black Friday: Save up to $50

Early Black Friday sales have begun. Here are the best deals on air fryers as of Oct. 21:

This year’s shopping season is going to be no joke — which is why so many retailers are starting their holiday sales very early. Air fryers are expected to be hot-ticket items this year (just like last year) and we’re already seeing some solid deals on fryers from major brands like Ninja, Instant Pot, Philips, KitchenAid, and more.

How to shop for an air fryer this Black Friday

Supply chain issues across the globe almost guarantee that the most popular products like air fryers will sell out and be unavailable at some point during the shopping season. With that being said, if you see an air fryer that you want on sale, scoop one up for the foodie, busy parent, or lazy cook in your life while they’re still in stock.

Last year leading up to Black Friday, we saw major discounts on multiple Ninja Foodi devices, as well as a Walmart deal that brought the Instant Pot Duo Crisp down to only $79. We’re expecting to see plenty of sales on these pressure cooker and air fryer combos again this year, so bookmark this page and keep checking back for updated deals. In terms of killer deals that have already been released, the Ninja Four Quart Air Fryer is over $50 off at Walmart, bringing it within a few dollars of the lowest price we’ve seen on it. If you’re looking for a cheap basket air fryer, taking advantage of this deal is definitely the way to go.

This page will be updated regularly to include all the best air fryer discounts, so check back often for even more deals.

This $50.99 discount on the popular Ninja Four Quart Air Fryer s truly Black Friday-worthy — it’s only $3 away from the lowest price we’ve seen on this model. This air fryer is ideal for whipping up fast meals, and can hold up to two pounds of french fries at a time. The wide temperature range means that you’ll be able to slowly dehydrate or quickly crisp, and the simple digital controls ensure you know exactly what’s going on inside your fryer.

If you ever wanted a mini rotisserie in your kitchen, this Instant Vortex fryer will do that and then some. The 9-in-1 functionality includes settings to air fry, bake, broil, dehydrate, roast, proof, rotisserie, toast, and reheat — so it’s sure to kick your conventional oven’s ass. This model has one of the lowest temperature ranges we’ve seen on an air fryer at 95 degrees, which is good news for camping connoisseurs and jerky-lovers who want to make dried snacks to take on the go. 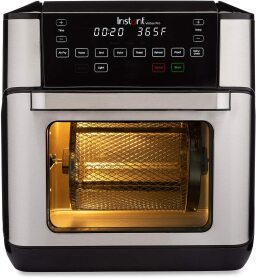 Some of the most common complaints about basket-style air fryers is that they don’t fit a lot of food, and that you have to work in batches. This Ninja model takes care of that problem, with two separate four-quart baskets built into one device. You can control each basket separately, so cooking two dishes at once is as easy as pressing two buttons. 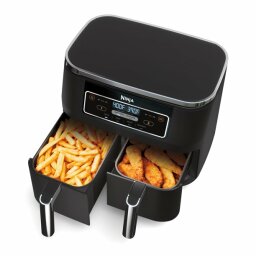