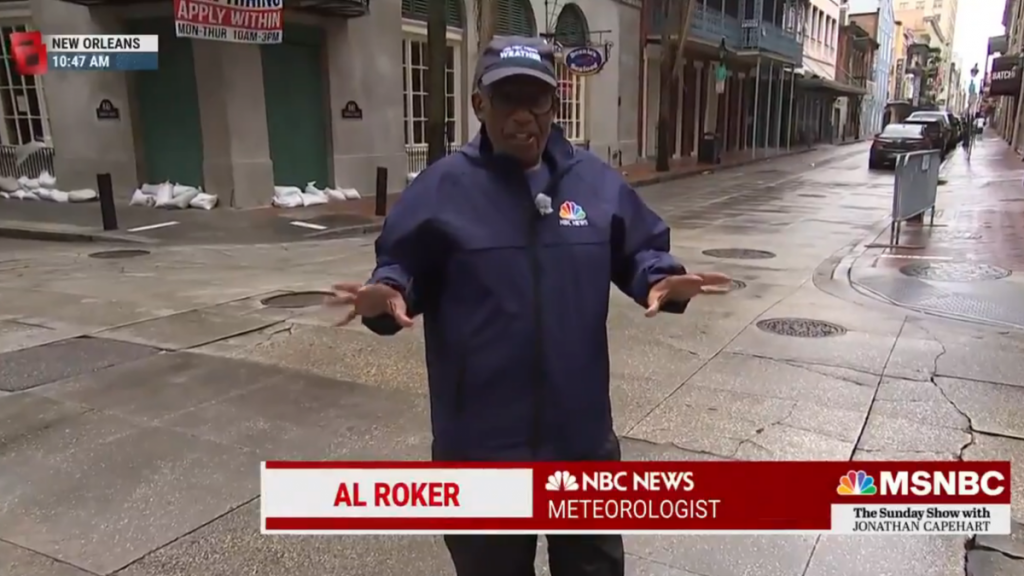 Famed reporter and weather forecaster Al Roker is down in Louisiana doing his job as Hurricane Ida approaches the U.S. Gulf Coast. And hey, guess what? He’d like you to keep your ageist concerns about that to yourself.

A clip — really, multiple clips — of Roker reporting from the shores of Louisiana’s Lake Pontchartrain went viral on Sunday as people from all over voiced concern for the 67-year-old weather expert. Yeah, it’s wild weather all around him in this footage. But don’t forget, this is Roker’s job. He’s really good at it.

You don’t need to search for long on Twitter to see how people are feeling about Roker’s situation.

“Al Roker is too old for this shit. Get that man into a hotel. He can tell me about the weather from there,” one user wrote. Another said: “What did #ALRoker do to piss off NBC? Making him get pummeled in a Hurricane seems harsh.”

Just a whole, big pile of well-intentioned but deeply misguided ageist commentary. There are scores of other, similar tweets. I’m not linking to them because the people who posted them don’t need to hear any grief from you. They only need to hear it from the man himself.

And so they did. It reached such a fever pitch that Roker, who should really be focused on the job of informing the public and not people worrying about his ability to do his job, was compelled to respond.

Speaking with Jonathan Capehart on MSNBC’s The Sunday Show, Roker explained to the world exactly how he’s feeling about his work and what people who don’t know him are assuming about said work.

“I volunteered to come out here. This is what I do. I’ve done this for 40 years,” he explained with the patience of a person who has probably had to say the same thing before. “We all make sure we’re safe, we’re not going to do something that’s gonna put ourselves in harm’s way. As much as I love the weather and I love NBC, not gonna risk my life for it.”

Why our hotter climate creates disturbing, extreme torrents of rain

He also had a direct response to those who think he’s “too old” to do what he’s doing: “Hey, guess what? Screw you! Keep up. Keep up. These young punks. I will come after them. I will drop them like a bag of dirt.”

There you have it. Al Roker, taking absolutely none of your ageist bullshit while he reports on this historic storm.