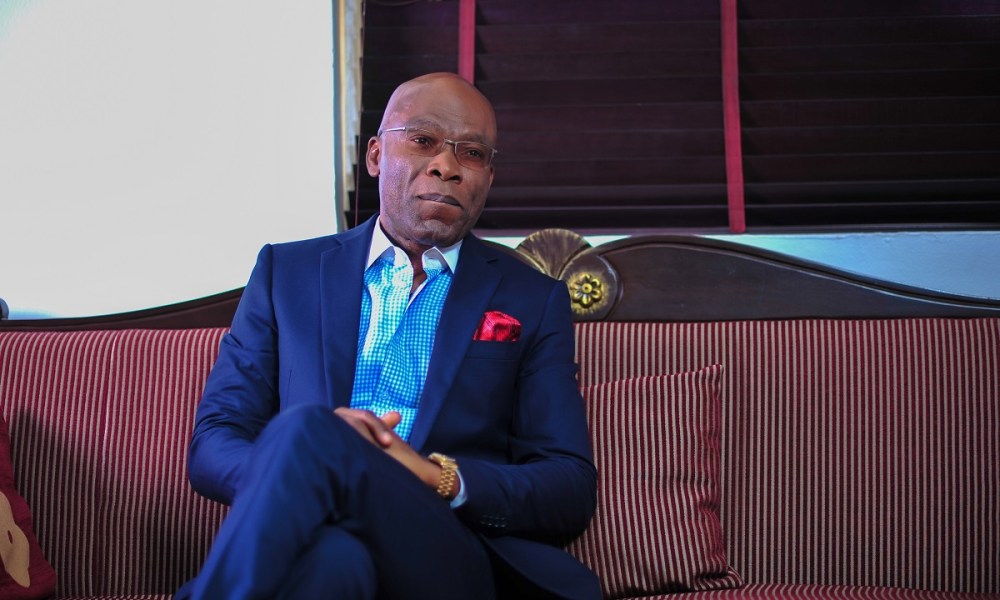 The High Court of the Federal Capital Territory (FCT) presided over by Honourable Justice C. O. Oba sitting in Court 32 has struck out Charge No. FCT/HC/CR/469/2022 filed by Falana & Falana against the Chairman, Zinox Technologies, Leo Stan Ekeh and officials of Technology Distributions Limited, including Mrs. Chioma Ekeh, Chris Eze Ozims, Shade Oyebode, Charles Adigwe and others over an alleged fraud involving a N170m contract with the Federal Inland Revenue Service (FIRS).

This follows a letter dated October 28, 2022 from the Office of the Attorney General of the Federation (AGF) and Minister of Justice, Abubakar Malami, through the Office of the Director of Public Prosecutions of the Federation (DPP) to Falana & Falana withdrawing the fiat earlier granted them in May 2022 and also directing them to immediately withdraw the said  Charge constituted as FCT/HC/CR/469/2022 leveled against Mr. Ekeh and the  others,  based on the findings that the fiat was obtained on misrepresentation and concealment of material facts by their client, Mr. Benjamin Joseph of Citadel Oracle Concepts Limited.

TD Africa vs Benjamin Joseph: Why AGF Malami Must Not Soil His Reputation

At the court proceedings on Tuesday, November 8, 2022, Mr. Marshall Abubakar, counsel from the firm of Falana & Falana, who appeared for the prosecution, tried to argue against the instruction and sought adjournment on some flimsy grounds, despite the clear instruction of the AGF contained in the letter to his firm.

However, Mr. Matthew Bukaa (SAN) who appeared for Mr. Ekeh, and the aforementioned staff of Technology Distributions Limited, opposed the application for adjournment and prayed the court to give effect to the unambiguous directive of the AGF to withdraw the charges.

The trial judge, Honourable Justice C. O Oba, after reviewing the certified true copy of the Attorney General’s letter, agreed with the defence counsel, Mr. Bukaa SAN, that there is no legitimate grounds to sustain the charges or grant adjournment and accordingly struck out the charges.

It would be recalled that some recent media publications had published stories indicating that the Federal Government of Nigeria was to prosecute Mr. Ekeh and 12 others over an alleged N170million FIRS contract which Mr. Benjamin Joseph claims was fraudulently executed using the name of his company, Citadel Oracle Concept Limited, without his knowledge and that the Federal Government was accordingly defrauded.

It was also reported that the firm of Falana & Falana, acting for Mr. Benjamin Joseph, applied for and was granted a fiat in May 2022 from the AGF to bring a charge against Mr. Ekeh and 12 others, upon which Mr. Femi Falana filed the purported charge on September 9, 2022.

However, the Attorney General, by a letter dated October 28, 2022, to Falana & Falana withdrew the fiat earlier granted them and directed them to immediately withdraw the charge they filed in court.

The directive came a couple of weeks after the AGF discovered that material information was withheld in the application by Falana & Falana for the fiat allegedly meant to prosecute Ekeh and others. Crucially, Mr. Falana SAN, who had only recently started representing Benjamin Joseph, failed to disclose to the AGF that the FCT High Court presided by Honourable Justice Damlami Senchi had in February 2021 delivered a judgment in Charge No. FCT/HC/CR/244/2018, dismissing  as false and malicious the various allegations put forward by Mr. Benjamin Joseph and awarded the sum of N20m against him as damages for false petitioning and to serve as a deterrence to others against false information.

The respected SAN also failed to disclose that his client has refused to be cross-examined since 2018 in an ongoing criminal case (Charge No. CR/216/2016) instituted against him by the Federal Government of Nigeria through the Office of the Inspector General of Police (IGP) based on false information on the same allegations.

Also, it was not disclosed to the AGF that the Nigerian Police Force Headquarters had, by a comprehensive final report dated December 1, 2020, after a thorough review of the facts and investigations of the case, absolved Mr. Ekeh and all the aforementioned persons of any criminal liability in the entire transaction leading to this case, but rather recommended the continuation of the trial of Mr. Benjamin Joseph which began since 2016.  Furthermore, the AGF had, by a letter dated June 6, 2022, also directed the Inspector General of Police to prosecute Benjamin Joseph to a logical conclusion.

The said criminal proceedings is still ongoing against Mr. Benjamin Joseph before Honourable Justice Peter Kekemeke of the FCT High Court and comes up on January 24, 2023, for continuation of trial.

There was, therefore, no basis to grant or sustain the fiat to file charges against Mr. Ekeh and the staff of Technology Distributions on the same set of facts and allegations for which Mr.  Benjamin Joseph, the petitioner, is currently standing trial for false information. Consequently, the fiat was withdrawn and the Charge struck out on Tuesday, November 8, 2022 by Honourable Justice C. O. Oba sitting in Court 32 of the FCT High Court.

Reacting to the development, a human rights activist, Dr. Niyi Abo, who was present in court on a sidelines as an observer, hailed the judgment, even as he expressed his disappointment at the step taken by Falana & Falana in filing the case against Mr. Ekeh and others without due diligence.

‘‘I think what they want to achieve is to see Mr. Ekeh in the dock just to diminish his stature because from findings, the only sin the man committed is that he founded TD Africa and his company extended an interest-free credit to help a young man to survive, just like he has done for thousands of others partners of TD Africa, some of whom are in court here in sympathy with Mr. Ekeh.

‘‘This further gives vent to the claims that this might be a case of blackmail gone wrong, according to what Benjamin Joseph’s ex-business partner, Princess Kama confirmed in the media herself, that Benjamin Joseph’s grouse is that she did not support him to divert TD Africa’s funds after the FIRS paid them, as well as his alleged attempt to extort money from Mr. Ekeh when he learnt that Mr. Ekeh is a very rich man. I understand Mr. Ekeh and his wife have never met the alleged blackmailer. Does it mean if you transact a business with a company and something goes wrong according to your own estimation, you start calling the Chairman of the company, a distinguished Nigerian and global citizen, a criminal?

‘‘I sincerely think it is very demeaning for a reputable law firm like Falana and Falana to get involved in this. Nigerian lawyers must please upgrade and exhaust simple due diligence on their clients before accepting their briefs. I think that blackmail, due to hard times, is one of the biggest businesses in Africa now. Several compromised media houses are being used by these blackmailers to extort rich men. You can imagine the negative publicity orchestrated by some online media houses against Mr. Ekeh in the past few days on account of this useless case.

‘‘I congratulate Mr. Ekeh for having the guts to follow this fight to the end, and if I were him, I would probably consider a petition to the Legal Practitioners Disciplinary Committee against Falana & Falana. He should also take Mr. Benjamin Joseph to the cleaners by taking out court actions against him and his compromised media supporters,’’ Dr. Abo concluded.