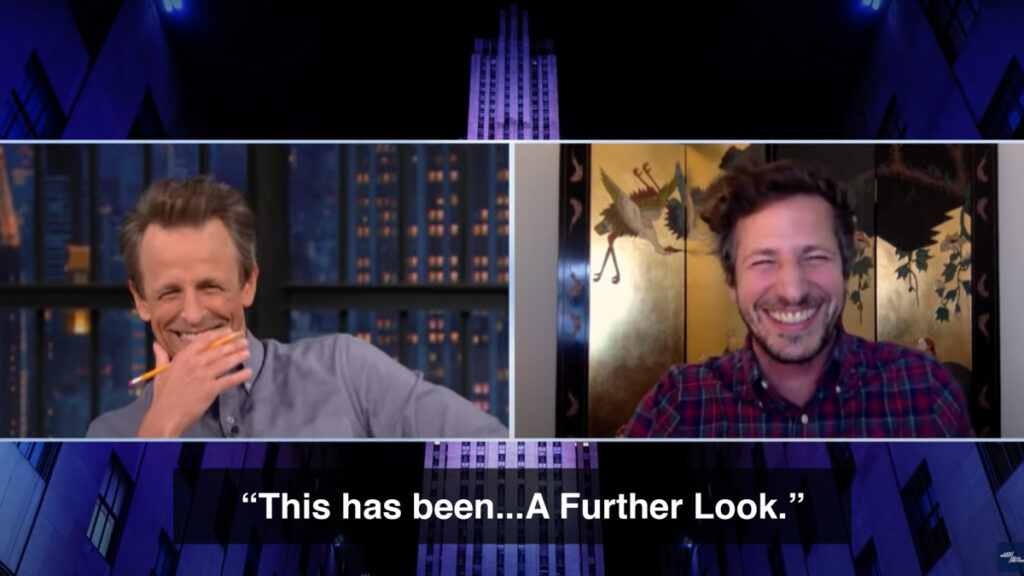 “I’ve been working on some stuff, and not just movies and TV, I developed a couple of ideas for your show,” he told Meyers on Wednesday night in an interview (you can skip to 5:40 unless you want to watch the whole equally silly chat about Meyers’ dog Frisbee).

“Like you know how you do ‘A Closer Look’? So I was thinking that I could do one,” he said. “You kind of do, like, a deep dive in politics, but I would do more of a macro view of it, in a new segment that I like to call: ‘A Further Look’.'”

When the pair aren’t giggling like a bunch of school kids, Samberg’s other ideas extend to “A Farther Look” and “A Farthing Look” and just generally taking the piss out of his pal’s segment. It’s silly fun.