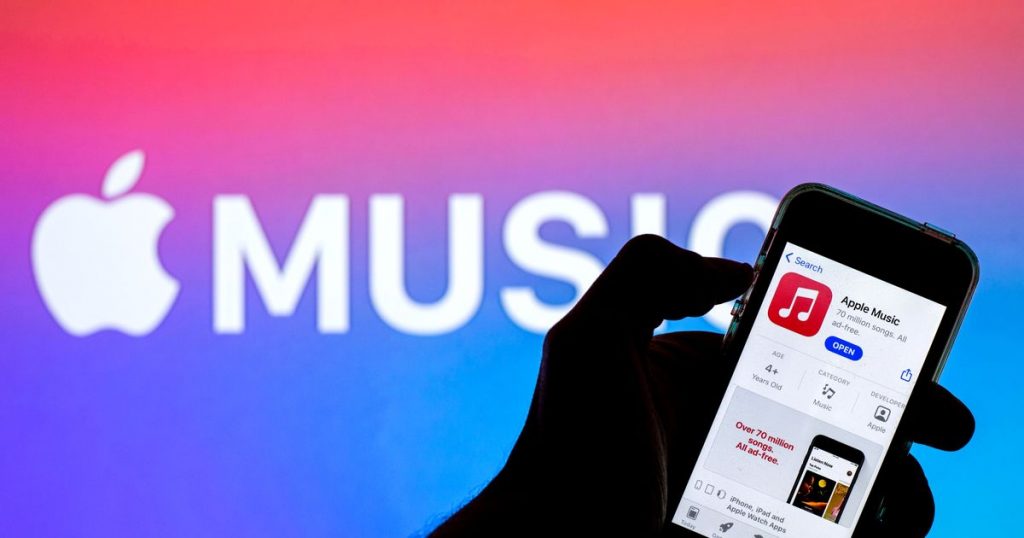 In a contentious hearing Wednesday, Apple fended off complaints from Spotify, Tile, Match Group, and several senators over competition on its App Store.

Minnesota Democrat Sen. Amy Klobuchar said, in her opening remarks, that she isn’t “angry about success.”

“We simply want to make sure that capitalism keeps going in a strong, strong way,” she said, adding, that in this situation, it “doesn’t seem like that’s happening.”

Anyone who owns an iPhone, iPad or Apple Watch has to get their mobile apps through the Apple-owned App Store. Its standard fee is 30 percent of App Store sales, making it . Developers have complained the commission forces them to raise their prices, even as Apple releases competing products.

Klobuchar asked later if Apple favors its own apps in searches. Andeer said it did not. But Daru said she did not find those answers comforting.

“We’re hearing over and over things that are not consistent with our experience,” Daru said.

Instead, Daru is pushing for legislation that would specifically target app stores.

“We’re concerned that if we wait for sweeping legislation or legislation that may need to be held out in the courts over several years to understand what the impact is to the mobile ecosystem, we could have more irreparable damage done to competition and innovation in America,” Daru said.

Horacio Gutierrez, the head of global affairs and the chief legal officer at Spotify, spent most of his time on the stand dragging Apple. In his opening statement, he called Apple’s practice of controlling the App Store abusive.

“We have been successful despite Apple’s interference…”

“We are not successful because of what Apple has done,” Gutierrez said later. “We have been successful despite Apple’s interference, and we would have been much more successful but for their anti-competitive behavior.”

Wilson White, the senior director of public policy and government relations at Google, also went after Apple in his opening remarks. He implied that Android is more fair than Apple’s iOS because it’s open source. But that was about the only time White spent on the offensive.

Match Group’s chief legal officer and secretary Jared Sine testified that Google called the company Tuesday night to ask why his planned testimony for the hearing was different than what the company said in an earnings call earlier this year.

“We’re all afraid, is the reality,” Sine said, adding that App Store fees are its largest expense at what could soon hit $500 million a year.

In response, White said Google “asked an honest question of why sworn testimony was different from what was stated in public earnings call. I respectfully don’t view that as a threat.”

Connecticut Democrat Sen. Richard Blumenthal called the phone call “an insult to this committee” and said it was “potentially actionable.” He also asked Apple’s Andeer about using app developers’ information to inform its own product strategy, which Andeer said Apple does not do.

“It’s the antithesis of how we approach product development,” Andeer said.

Google wasn’t the only company that faced allegations of threatening behavior. Utah Republican Sen. Mike Lee asked Spotify’s Gutierrez if he was fearful of retribution from Apple.

“Because we have a long history of engaging with Apple, I think they know better than to call us on the eve of our appearance here,” Gutierrez said. “But over the years, I can tell you right off the top of my head of at least four clear examples of threats and retaliation that we faced with [Apple]… They’ve basically thrown the book at us in a number of ways to make it hard for us to continue to sustain our decision to speak up.”

Andeer, in response to the allegations, said Apple’s track record speaks for itself: “There’s no evidence of retaliation.”

Moving forward, Tile and Spotify both signaled their support of Klobuchar’s , which the senator said she would work to get passed quickly.