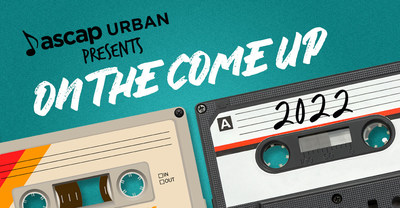 NEW YORK, Aug. 18, 2022 /PRNewswire/ — Today, the American Society of Composers, Authors and Publishers (ASCAP) announced their annual Rhythm & Soul showcase “On The Come Up” will take place virtually August 22 through August 25. Throughout the event, ASCAP will spotlight some of the hottest up-and-coming hip-hop and R&B stars, selected for their early success and growing fanbases. ASCAP’s website and social media handles @ASCAP and @ASCAPUrban will feature never-before-seen, exclusive video performances from the artists at 3PM ET each day.

The complete lineup and schedule for this year’s ASCAP “On the Come Up” Showcase is as follows:

Growing up with her Brazilian father and Norwegian mother, Charlotte Dos Santos absorbed music without the limitation of genre. By early 2020, she had wowed listeners with her two critically acclaimed EPs, picking up praise from The Fader, The Observer, Wonderland Magazine, Pitchfork, The Independent, Bandcamp and more. Her debut album Cleo earned her a Newcomer of the Year nomination at the Norwegian Grammy Awards, while the title track from her Harvest Time EP was playlisted at BBC 6Music and its single “Helio” added to numerous New Music Friday Spotify playlists. In 2020, Dos Santos was in Oslo when life as we knew it ground to a halt. In the stillness of isolation, padding around a brightly lit flat with her husband, she formed the foundations of her album Morfo, set to release in autumn 2022 on Because Music. Morfo combines elements of soul, R&B, funk, samba and classical, casting a warm glow over universal themes from partnership and trust to betrayal. She also stands more boldly in the footprints walked by her Brazilian ancestors. The result is a body of work steeped in history – both personal and familial – yet timeless.

Hailing from Vallejo, CA, Zyah Belle is a talented recording artist, singer-songwriter, vocal arranger and producer, who combines her sultry, jazz-inspired voice with honest, vulnerable lyrics, lush vocal harmonies and rich melodies. Since 2016, she has recorded, written and produced vocals for the likes of Snoop Dogg and his daughter CHOC, Terrance Martin, Freddie Gibbs, Grammy award-winning producers such as 1500 or Nothin’ and more. More recently, Belle performed and recorded for Kanye West’s Sunday Service Choir and participated on the choir’s creative team, directing movement, choreography and stage direction. Additionally, she provided vocals on West’s Grammy and Billboard Award-winning Jesus is King album. Belle was previously honored with the Sacramento News & Review SAMMIE Award for “Best R&B Artist of The Year” and the Robert Brookins “Rising Star” Award. She has also been featured in Complex Magazine, Essence, VIBE, Uproxx, Portland Mercury, Sacramento News and Review and NPR. Zyah also has amassed nearly 2 million streams between Spotify, Apple Music and Soundcloud.

Hailed as an R&B Artist to Watch for in 2022 by Apple Music, the 21-year-old JUNO Award-nominated R&B artist Dylan Sinclair has cemented himself as one of the genre’s most promising up-and-coming stars with the release of his breakout EP, No Longer in the Suburbs. The singles “Open,” “Lifetime” and “Suppress”  from the Toronto-based, Filipino-Guyanese musician’s coming-of-age record garnered placements on flagship R&B playlists across Spotify, Apple, Amazon, YouTube, and TIDAL and gained him over 600,000 monthly listeners on Spotify alone. Dubbed an “R&B king in the making” (Complex) and a leading voice “reshaping Toronto’s R&B sound” (CBC Radio), Sinclair’s music has received praise from critics for his fresh take on R&B with recent raves from The Recording Academy/The GRAMMYs, The Toronto Star, Complex, Billboard, BET, Vibe, UPROXX, Teen VOGUE, ESSENCE, and more. Sinclair is gearing up for the release of the No Longer in the Suburbs [Deluxe Edition] due out this fall. The expanded edition will include several new songs, top tier collaborations, and an explosive remix featuring two of the most promising male vocalists in R&B today. Sinclair has collaborated previously with fellow R&B artists Savannah Ré and Emanuel in addition to award-winning record producers like Boi-1da (Drake, Rihanna, Eminem, Cardi B), Rowan (Bryson Tiller, GIVĒON, Russ), and Marcus Semaj (GIVĒON, Snoh Aalegra, dvsn).

Yah Yah is a gifted singer-songwriter, raised in Atlantic City, NJ, whose vocal abilities have captivated audiences since her adolescent years. With motherhood and marriage in the works, she has made it her mission to set an example for women to show that these milestones add to your journey and don’t hinder your ability to be successful. In 2013-2017, she toured with multi-platinum recording artist Shaggy after being featured on his 2013 album “Out Of Many One Music.” The Yah Yah name came along at the end of 2019 when she decided it was time to rebrand and take her music to the next level. Since then she has had multiple releases such as “All Bad’ and “Gratitude” to name a few. Yah Yah has worked alongside music producers such as Sly and Robbie, Needlz, Dominic Gordon and Ayo & Keyz as an artist and songwriter.

The American Society of Composers, Authors and Publishers (ASCAP) is a professional membership organization of songwriters, composers and music publishers of every kind of music. ASCAP’s mission is to license and promote the music of its members and foreign affiliates, obtain fair compensation for the public performance of their works and to distribute the royalties that it collects based upon those performances. ASCAP members write the world’s best-loved music and ASCAP has pioneered the efficient licensing of that music to hundreds of thousands of enterprises who use it to add value to their business – from bars, restaurants and retail, to radio, TV and cable, to Internet, mobile services and more. The ASCAP license offers an efficient solution for businesses to legally perform ASCAP music while respecting the right of songwriters and composers to be paid fairly. With more than 875,000 members representing more than 16 million copyrighted works, ASCAP is the worldwide leader in performance royalties, service and advocacy for songwriters and composers, and the only American performing rights organization (PRO) owned and governed by its writer and publisher members. Learn more and stay in touch at www.ascap.com, on Twitter and Instagram @ASCAP and on Facebook.