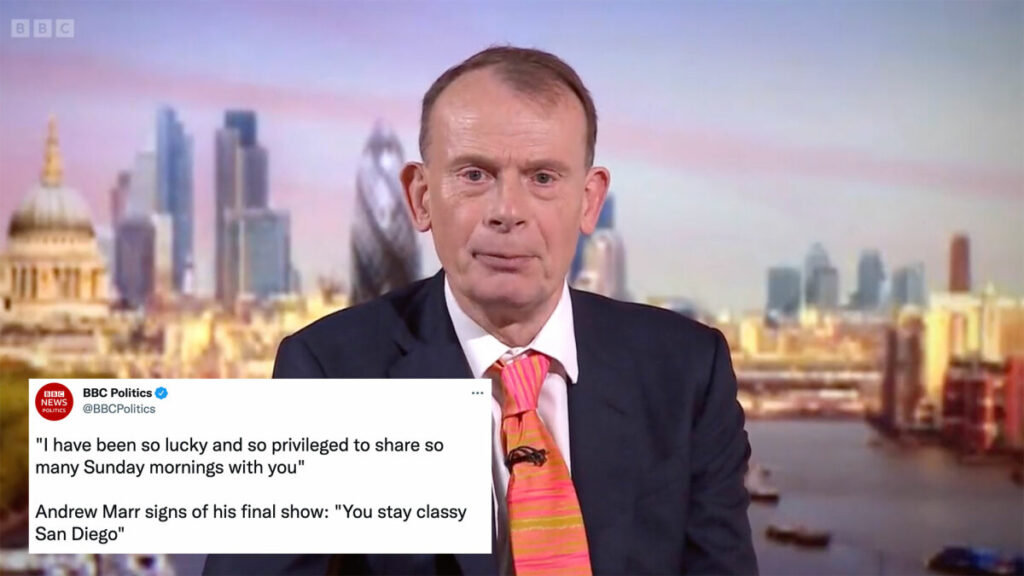 How do you go about ending a show that you’ve been on for over 15 years? What final words do you choose to go out on?

“I have been wondering how to close this final show, but I can’t do better than quoting my great mentor,” Marr says in the clip below, which has since gone viral on Reddit. “You stay classy, San Diego.”

“Stay class, San Diego” is, of course, how Ron Burgundy (the Anchorman lead character played by Will Ferrell) signs off all of his broadcasts.