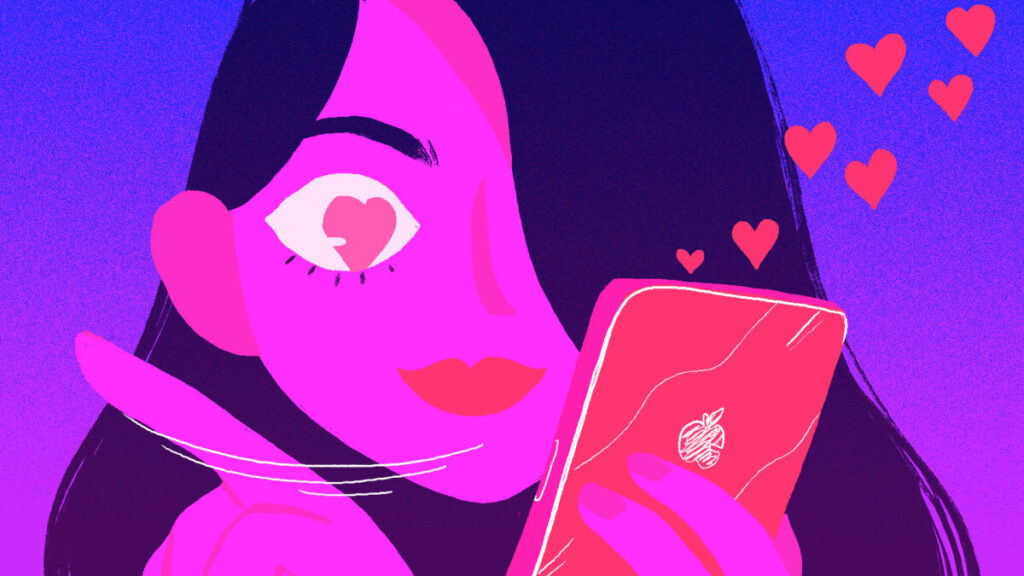 Best dating sites for women: How to find the connection you deserve

Being a woman on the internet is hard. At times scary and exhausting, too.

From Twitter reply guys, to other forms of online harassment, to straight-up cyberstalking, letting women exist in peace seems to be a hard concept to grasp. When it comes to dating apps specifically, unfortunately some people assume that merely having a profile is an invitation to send creepy comments, so the chance of women enduring such unsettling experiences feels doubled. The onslaught of men grasping at straws for attention with messages saying “think they saw you somewhere” or requesting nudes in their opening line is an online dating specialty. Queer women on dating apps face all of these same challenges, plus an extra shop of horrors run by fetishization, ignorant cis straight people, and the feeling of not being queer enough.

How to maneuver dating apps when you’re bisexual

Is it easier to shoot your shot by simply using a hot selfie on your Instagram story as bait for your crush? I mean, that’s a classic tactic that’ll never die. But unless you and said crush are already in some sort of flirtationship and already follow each other on social media, finding love, a hookup, or someone to grab a drink with could happen a lot faster with the right dating app. At least, it definitely opens more opportunities than waiting to meet someone at work or agreeing to a blind date.

Though it may have a bad rep, the OG swiping-app Tinder can truly be a great place to meet genuine people who are open to getting serious, to find a reliable friend with benefits, or to get a good-old-fashioned confidence boost from a mutual right swipe. But if you’re frustrated with horny jerks disguising themselves as relationship seekers or relationship seekers who can’t handle it when you say you’re just looking for a hookup, opting for a dating site more finely-tuned to what you’re looking for means you’ll spend less time dealing with people who aren’t looking for the same thing.

Maybe you can’t stand starting every conversation from scratch. Maybe your biggest fear is ending up on a date with someone who doesn’t care about voting. Instead of a half-assed bio, dating apps that delve into someone’s hobbies, favorite movies, career goals, or political views before even talking to them opens up a wealth of clever ice breakers, and ensures that you aren’t going into things blindly.

Meeting someone from the internet in person for the first time is nerve-wracking for anyone. But for women, it can dredge up the same fear that occurs when walking alone past a big group of men.

Match Group is making strides toward a safer dating experience: Tinder was the first to unveil new features coming out of its partnership with Noonlight, a safety app that tracks the location of users and notifies authorities if there are concerns. Before heading out on a date, Tinder users can log info about where they’re going and who they’re meeting, as well as hit a panic button to alert authorities if there’s an emergency. (Match Group plans to roll out the same features for its other apps, like Hinge and OkCupid, later.) In March 2021, Tinder announced plans to let users run a background check on their matches.

How the pandemic has changed dating for the better

COVID changed online dating dynamics forever. “Double vaxxed up” being a genuine turn-on is the obvious addition to 2021 dating checklists, but there’s something about dating discourse that we think could positively affect communication between strangers in the long run.

Waiting to meet each other and getting to know a match through FaceTime is kind of the norm now — and people don’t really want that to change, even once the pandemic has fully subsided. For the women who’d prefer to gather crumbs of someone’s vibe before meeting in person, online dating’s shift to video dating in 2020 could prove comforting. It goes without saying that you’re never required to meet up with a match in person immediately, but it’d be nice not to be pestered about it.

The communication skills gained through hashing out COVID-related issues aren’t nothing, either. People have gotten comfortable with bringing up personal boundaries and bonding over universal anxieties with someone they met on a dating app — both of which could benefit women online. Tinder thinks the honesty will carry over when things are back to normal, and hopefully the assholes will continue to weed themselves out.

What are the best dating sites for women?

Here are the best dating sites and apps for single women looking for a date, a movie buddy, a friend with benefits, or a romantic commitment.