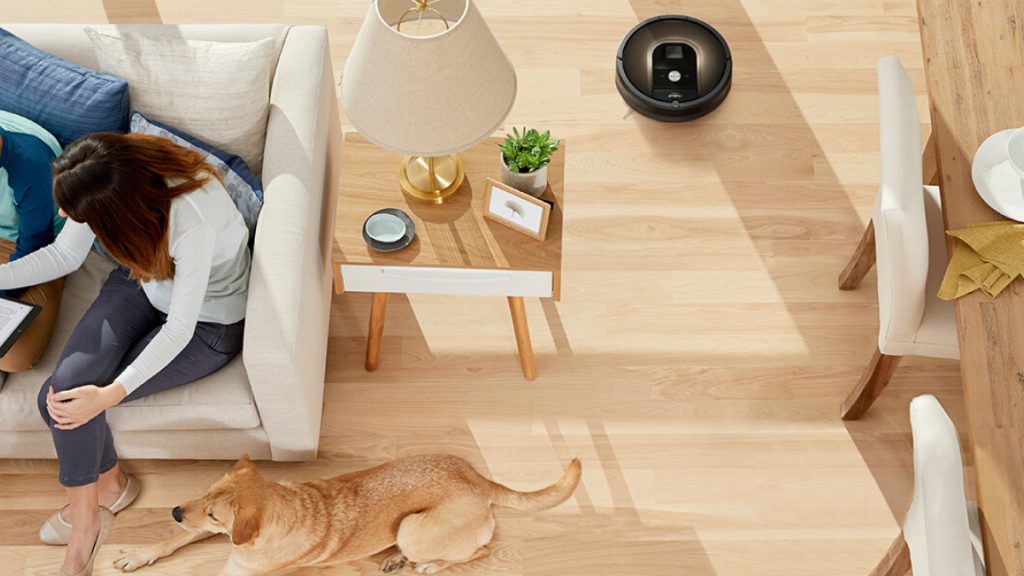 Best robot vacuums 2021: Trust iRobot and Roborock to get it done

We all probably know at least one person who claims a robot vacuum has changed their life. And honestly, they might not be wrong. There is something to be said for always knowing your floors are clean. And some people really, really, really hate to vacuum. But not all robot vacuums are created equally (and different people and housing setups have different robot vacuum needs), so it’s good to do some research before settling on one.

Just like all tissues are called “Kleenex,” and all bandages “Band-aids,” robot vacuums and the brand Roomba have become interchangeable, but we’re here to put some respect on the other names in the robot vacuum game.

Given Roomba-maker iRobot’s domination of the robot vacuum market since 2002, this assumption made sense for a while. Roombas have been around longer than the movie Holes and came out less than a year after Britney Spears and Justin Timberlake stepped out in that all-denim ensemble.

But the first robotic vacuum wasn’t even an iRobot brainchild. iRobot may be the brand to credit for making robot vacuums attainable for mainstream households, but Swedish brand Electrolux technically introduced the first robot vac in 1996. iRobot continues its reign as one of the best, but it wasn’t the first — and isn’t the last either.

Roborock, Shark, and Eufy have entered the chat.

Are robot vacuums worth it?

The crisp control of an upright Dyson vacuum comes with its own type of high. But if you’re not one to classify cleaning as cathartic, a robot vacuum could erase that huge, agonizing task off of your chore list. (And did we mention the joy of having first-day-clean floors every. single. day.? It’s not totally unlike staying in a hotel in that regard.)

But whether robot vacuums are worth it or not comes with a caveat: It can’t be just any robot vacuum. A cheap robovac that acts drunk — scattering dust rather than sucking, bumping into walls, getting stuck on area rugs — is completely missing that convenience factor that draws people to robot vacs in the first place. We’ve gathered the best-reviewed models in general for 2021, but some extra criteria specific to your home or needs can help narrow down the options:

Pet hair can straight-up clown a botvac without the right features. If your home is shedding heaven, a D-shaped vacuum could take some of the pressure off of you to find the spots where it collects. We can’t scientifically back this, but we’re pretty sure pet hair gets up and crawls into corners when we’re not looking. A robot vacuum with a flat side can fit into those 90-degree angles and skim the edges of walls better than most circular bots can.

However, the D-shape has yet to really blow up. The next line of defense is a tangle-free brush roll. It’s essentially an XL brush roll that prevents shedding from long-haired pets from getting wrapped up and tangled, likely having to be cut with scissors. Rubber trim or rubber fingers are a material that hair already doesn’t like to stick to, but also works to kill static that may be pinning hair to a carpet.

A robot vac’s filtration system is also an important consideration for homes with pets, as well as allergy sufferers in general. Vacuuming is bound to kick up dander, dust, and pollen into the air. A good filter captures that and makes sure it also makes its way into the dust bin. A HEPA filter can catch even smaller particles and are becoming a more common addition in many vacuums. (All vacuums listed below have a HEPA filter unless noted otherwise in “The Bad” section.)

Are Roombas better than Shark vacuums?

In an unspoken sort of way, Roomba has been crowned as “the best” on the sole basis that it’s the most established brand in the robot vacuum market. But Shark has the automatic advantage of being a brand that’s hella established in the vacuum market as a whole, from stick vacuums to handheld ones, to ones with huge canisters.

But while Shark may be experts on suction power, brush rolls that don’t tangle, and other things on the vacuum end, Roomba has mastered suction and dominates the robot end. The maps created by a Roomba after it gets a sense of your home feature precision down to each room and the type of messes it typically sees. Shark’s vacuums struggle to make reliable maps more often. Roombas also typically have better run time.

A general comparison between the two brands doesn’t work so well. Like the Instant Pot vs. Ninja Foodi debate, Roomba has significantly more models to choose from at a range of prices and features that can be tailored to your needs. Shark’s whole lineup is generally more budget-friendly than its most direct counterpart from Roomba. Shark offers self-emptying, a self-cleaning brushroll, and smart-home mapping for as low as $449.99, while Roomba’s cheapest self-emptier starts at $599.99 — two models top that at $799.99 and $1,099.99. Shark also tends to offer the latest and greatest tech (like smart AI mapping instead of relying on sensors for navigation) for much cheaper.

Mashable’s Dylan Haas isn’t a fan of his Roomba’s aimless scurrying. Granted, most Roomba models see frequent software updates to correct such issues, and the new, more advanced models are equipped with adaptive smart mapping that allows them to navigate in a much more intentional and customized way.

Whether iRobot, Shark, Robovac, or any other brand is the best at actual cleaning is pretty subjective. “Best” to someone with four dogs and lots of carpet may not mean “best” to someone with a huge house with stairs and 100% hardwood. At any rate, patience is required. Not even the best robot vacuum is guaranteed to not be a bumbling idiot on occasion, especially when they’re still learning the blueprint of your home.

Here are the best robot vacuums for any home and budget in 2021: