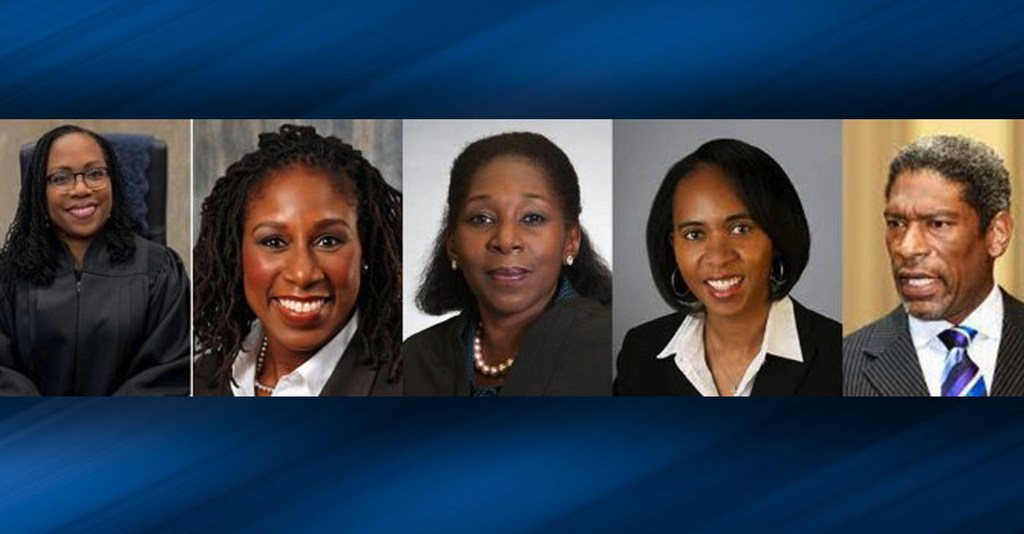 THE CHICAGO CRUSADER — In a statement, Biden emphasized diversity in his nominations for lifetime appointments. “This trailblazing slate of nominees draws from the very best and brightest minds of the American legal profession. Each is deeply qualified and prepared to deliver justice faithfully under our Constitution and impartially to the American people — and together they represent the broad diversity of background, experience, and perspective that makes our nation strong,” he said.

President Joe Biden on Tuesday, March 30, nominated five accomplished Blacks to judicial seats in federal court. They represent half of the 10 people nominated to the positions.

One of Biden’s nominees, Attorney Tiffany Cunningham, is a partner at the law firm of Perkins Coie LLP in Chicago and was tapped for a judicial seat on the U.S. Court of Appeals in Washington.

Another nominee, Candace Jackson-Akiwumi, is a former federal public defender who was nominated to serve on the Seventh Circuit Court of Appeals based in Chicago.

The other nominee, Judge Ketanji Brown Jackson, whom Black leaders in 2016 urged President Barack Obama to nominate for the U.S. Supreme Court to replace the late Antonin Scalia, was tapped to serve for the U.S. Court of Appeals in Washington, D.C. In 2016 Obama instead nominated Merrick Garland, who was not confirmed, after the Republican Senate refused to review his nomination in Obama’s final term in office.

The nominees are part of Biden’s push to diversify the judicial seats in the nation’s federal courts after former President Donald Trump picked mostly White males to serve on the bench.

During his presidential campaign, Biden promised that he would nominate a Black woman to fill his first Supreme Court vacancy.

The judicial nominees must be approved by a majority in the Democrat-controlled Senate.

In a statement, Senator Dick Durbin, D-IL, the chair of the Senate Judiciary Committee, noted that lack of diversity in his statement.

In a statement, Biden emphasized diversity in his nominations for lifetime appointments.

“This trailblazing slate of nominees draws from the very best and brightest minds of the American legal profession. Each is deeply qualified and prepared to deliver justice faithfully under our Constitution and impartially to the American people — and together they represent the broad diversity of background, experience, and perspective that makes our nation strong,” he said.

White House officials said the first group of judicial nominees are lawyers “who have excelled in the legal field in a wide range of positions, including as renowned jurists, public defenders, prosecutors, in the private sector, in the military and as public servants at all levels of government.”

White House officials say Biden’s initial picks are “groundbreaking nominees,” including three African American women chosen for Circuit Court vacancies, as well as candidates who, if confirmed, would be the first Muslim American federal judge in U.S. history, the first AAPI woman to ever serve on the U.S. District Court for the District of D.C., and the first woman of color to ever serve as a federal judge for the District of Maryland.”

A graduate of Princeton University and Yale Law School, Jackson-Akiwumi, 41, is a partner at Zuckerman Spaeder LLP in Washington where she handles complex civil litigation, white collar criminal defense and investigations.

Jackson-Akiwumi began her legal career as a law clerk for now retired U.S. District Court Judge David Coar from 2005 to 2006. She then worked as a litigation associate at the Chicago office of Skadden, Arps, Slate, Meagher & Flom from 2007 to 2010.

According to her a biography posted on Yale Law School’s website, Jackson-Akiwumi said as a public defender, “I work harder and longer hours than I did as a law firm associate. But I do not mind the harder work, longer hours and lower pay because my job has meaning to me. I provide quality representation to people who would not be able to afford it, and I am there for clients at a most dreary and frightening juncture: when they are being judged for the worst day or days in their life.”

A Harvard Law School graduate and Phi Beta Kappa graduate of M.I.T., Cunningham is partner at Chicago’s Perkins Coie law firm. She handles trial and appellate cases for large multinational companies and cases involving complex patent and trade secret disputes. She previously served as partner at Kirkland & Ellis LLP, where she joined as an associate in 2002.

Brown Jackson began her legal career as a law clerk for Judge Patti Saris on the U.S. District Court for the District of Massachusetts from 1996 to 1997 and then for Judge Bruce Selya on the U.S. Court of Appeals for the First Circuit from 1997 to 1998.

She was an associate at Miller, Cassidy, Larroca & Lewin LLP from 1998 to 1999. She clerked for Justice Stephen Breyer of the Supreme Court of the United States from 1999 to 2000. Judge Brown Jackson was an associate at Goodwin Proctor LLP in Boston, Massachusetts, from 2000 to 2002 and an associate at Feinberg Rozen, LLP (formerly The Feinberg Group, LLP) in Washington, D.C., from 2002 to 2003.

This article originally appeared in The Chicago Crusader.