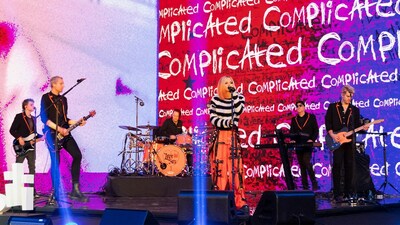 SHANGHAI, Jan. 2, 2023 /PRNewswire/ — Bilibili Inc. (“Bilibili” or the “Company”), an iconic brand and a leading video community for the young generation in China, held “The Most Beautiful Night of 2022” on December 31, 2022 – its fourth consecutive New Year’s Eve Gala – to celebrate the New Year holiday with its users and the young generation. The peak popularity index of the livestream reached 330 million.

This year’s audio-visual spectacular featured well-known international and Chinese artists, as well as popular Bilibili creators, presenting innovative shows with diverse flavors from China and abroad. It showcased the most beloved characters, music, and stories from animation, comics, games (ACGs), films, and TV shows that resonate with China’s Generation Z and Millennial audiences.

Bilibili’s New Year’s Eve Galas are not just about gathering the hottest celebrities, they also focus on presenting and reinterpreting iconic cultural elements that have deeply impacted the young generation throughout their lives, as well as the hottest topics from the Bilibili community over the past year.

“I hope that Bilibili can become an important part of China’s youth culture, and continue to grow alongside our young users,” said Carly Lee, vice chairwoman of the board of directors and chief operating officer of Bilibili.

Fusion of Global Cultures and Arts

With the aim to promote cross-cultural communication among the young generation globally, the 2022 celebration featured a fusion of global cultures and arts by several famous international and Chinese artists, including Canadian pop star and Grammy Awards winner Avril Lavigne, who performed her hits such as Girlfriend and Complicated; and Finnish symphonic heavy metal band Apocalyptica with a medley of familiar tunes from the classic Japanese anime such as Yu-Gi-Oh!, Fairy Tail, One Punch Man and JOJO. Mai Kuraki, Jay Park, Henry Lau (Liu Xianhua), Jackson Wang, G.E.M, and Zhou Shen also appeared on the show. “The Most Beautiful Night of 2022” was broadcast live in mainland China and was available to audiences overseas. 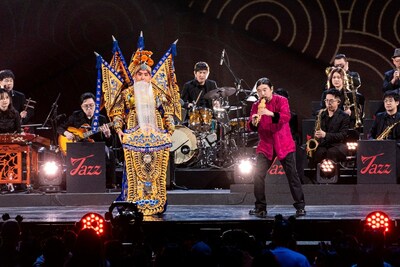 Shows related to the ancient classic texts The Classic of Mountains and Seas and the four great classical Chinese novels were also presented by famous Chinese singers and dancers to commemorate the masterpieces. Wing Chun martial art which was promoted and popularized by Bruce Lee, was choreographed for the stage by Shenzhen Opera and Dance Group.

Bilibili, a leading multicultural community for the young generation, curated this year’s lineup with some of the most classic and trending cultural icons, paying tribute to content that has deeply impacted the young generation since their teenager years. Using advanced illumination technologies, the celebration presented an immersive and stunning stage that anchors its young audiences.

The Gala was greatly inspired by the booming popularity of Chinese anime among young fans. The most iconic IP was The Three-Body Problem anime series with singer G.E.M. performing the theme song, Wallfacers, which has welcomed countless Chinese sci-fi lovers into the story’s imaginary universe. The adaptation of Liu Cixin’s titular Hugo Award-winning sci-fi trilogy is the biggest hit on Bilibili this year, with a record of over 100 million views on its release day.

2022 marks the 100-year anniversary of the birth of Chinese anime, and Bilibili has been dedicated to bringing Chinese anime to a global audience. As of June 2022, the company has released 35 Chinese anime titles in over 200 countries and regions, and launched some titles on top streaming platforms including Netflix and Funimation. “The combination of Chinese aesthetics, values and modern art expression makes Chinese anime an essential carrier of Chinese culture to the world,” said Lee.

Henry Lau partnered with Bilibili creator for a video mashup mix-cut show presenting 24 top-ranking or upcoming Chinese anime series on Bilibili, such as Link Click, Incarnation, and The Legend of Luo Xiaohei. Another video mashup mix-cut show showcased memorable anime and characters created by Shanghai Animation Film Studio, one of the most historical animation studios in China which produced a series of classic animations the young generation grew up with, such as Havoc in Heaven and Black Cat Detective.

Other featured acts with well-known cultural icons and IPs include: 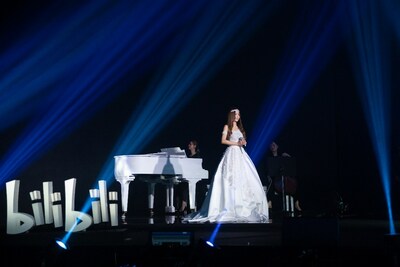 Innovative Interactions with Users during the Show

In addition to the popular live commenting function, or “bullet chats”, Bilibili also introduced a more engaging and innovative experience for its audience during the show, becoming the first gala featuring interactive games online, including five performances that allowed audience to play games along with the rhythms and beats by clicking with their fingers or twisting their phones.

With nearly 333 million monthly active users, Bilibili has become China’s young generations’ go-to platform for high-quality content and entertainment, and its New Year’s Eve Gala is one of the most iconic cultural celebrations for China’s young generation. The first Gala in 2019 was an instant hit after its launch, reaching a livestream peak popularity index of 85 million and exceeding 310 million in 2021. With its dedication to creating the richest content ecosystem and most interesting interactions, Bilibili is positioned to increasingly satisfy the diverse interests of its young user group.

Bilibili is an iconic brand and a leading video community with a mission to enrich the everyday life of young generations in China. Bilibili offers a wide array of video-based content with All the Videos You Like as its value proposition. Bilibili builds its community around aspiring users, high-quality content, talented content creators, and the intense emotional bond among them. Bilibili pioneered the “bullet chatting” feature, a live commenting function that has transformed the viewing experience by displaying the thoughts and feelings of other audiences viewing the same video. It has now become the welcoming home of diverse interests for young generations in China and the frontier to promote Chinese culture worldwide.