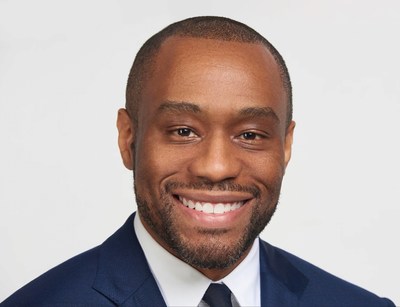 Marc Lamont Hill is an award-winning journalist, author, scholar, commentator, and television host. Hill has garnered numerous awards from the National Association of Black Journalists, the National Academy of Digital Arts and Sciences, and GLAAD for his journalism. He has been named one of the 100 Most Influential Black Leaders by Ebony magazine and The Root 100. As a social activist, he has led numerous campaigns to free political prisoners and stop executions. For more than 16 years, Hill has been a staple in mainstream media, offering incisive political commentary on television outlets including CNN, BET, and Fox News Channel. Hill has also been the host of multiple programs, including BET NEWS, OUR WORLD WITH BLACK ENTERPRISE, UPFRONT, VH1 LIVE, and HUFFPOST LIVE. He is the author of seven books, including the New York Times bestseller NOBODY. As a trained scholar, Hill holds a Ph.D. from the University of Pennsylvania. He is a professor of media studies at Temple University.

“Marc Lamont Hill is exceptionally smart and talented, which makes him a great addition to our platforms,” said Byron Allen, Founder/Chairman/CEO of theGrio parent company, Allen Media Group. “TheGrio is one-hundred percent Black-owned, which gives us a unique perspective. TheGrio’s mission is to inform, amplify, entertain, and empower Black America. This is why theGrio is relevant, reliable, and now available everywhere and everyday forever.”

“I couldn’t be more honored to join theGrio family at a moment when the stakes are so high for our community–economically, politically, socially, and culturally,” said Marc Lamont Hill. “I’m excited to be part of the most trustworthy and innovative Black news team in the world. Together, we will create and expand spaces for engaging the most vital voices, issues, and perspectives.”