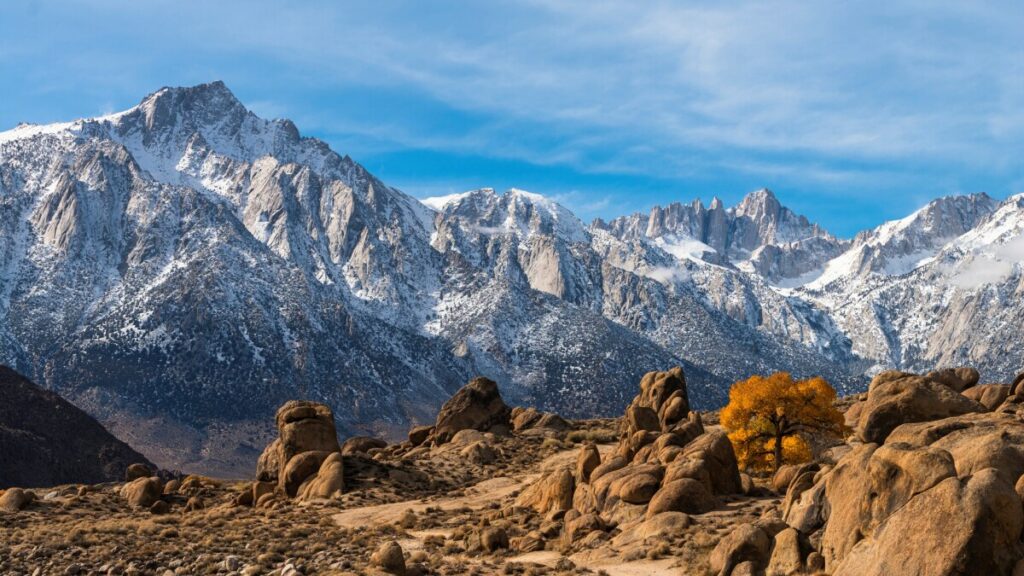 At nearly 6,900 feet up in California’s Sierra Nevada, researchers are diligently watching the snow.

The historic Central Sierra Snow Lab, run by the University of California, Berkeley, has collected snow and weather information continuously in these mountains since 1957. Their work is increasingly salient: California, a region already prone to “boom and bust” water cycles, largely relies on snowpack for its water. But in a warming climate, that state’s precipitation is becoming more extreme and erratic. That means intense periods of wet extremes followed by dry stretches — the type that help set the stage for inferno-like wildfires.

Over 2020 and 2021, Californians experienced the driest two-year stretch in decades. 2021 was the driest water year since 1924. So in 2022, the Golden State could certainly use a strong snow season. But after getting deluged with snow in December, a key region in the Sierra Nevada has now experienced record-breaking dryness. Last week, the Central Sierra Snow Lab reported over a month (32 days) of no measurable precipitation, the longest such streak they’ve ever recorded. Now, the record has been smashed, reaching 37 days. Some 1.6 inches of snow on Feb. 15 ended the unenviable streak.

Winter is when notoriously sunny California gets its precipitation. So an unusually long mid-winter dry spell is problematic.

“It’s quite concerning. Once winter’s over, we don’t have a lot of opportunity to make up for it,” Andrew Schwartz, the lead scientist at the Central Sierra Snow Lab, told Mashable.

What Earth was like last time CO2 levels were this high

Schwartz emphasized he’s not yet panicked about the possibility of a failed water year, which portends more drought. The latter part of February can still bring bounties of snow, and storms can hammer the Sierra Nevada in March, too. But time is ticking during the Golden State’s wettest period.

The reality that California overall could have a somewhat drier winter, however, isn’t unexpected. It’s a La Niña year, meaning a broad swathe of the equatorial Pacific Ocean has cooled. Ultimately, this cooler water influences events in the atmosphere, which drives winter storms northward. This water tends to miss California.

In 2022, for example, there are places in Western Canada that have received 1000 percent of their normal precipitation, explained Jeff Weber, a research meteorologist at the University Corporation for Atmospheric Research.

Extended periods of drought or dryness in California aren’t inherently bad. It’s natural. And the state has an extensive reservoir system to manage its precious, and vacillating, water supply.

But, crucially, a warming climate — which will continue warming for at least a few more decades if not considerably longer — exacerbates water shortages in the drought-prone region. In a hotter climate, less water flows into reservoirs as more of it evaporates or soaks into the parched ground. The Golden State is losing “runoff efficiency.” Future snows and rains must then reload the dry soil before water can again run through watersheds, and into reservoirs.

“A warming planet amplifies these problems.”

“A warming planet amplifies these problems,” explained Weber, who researches water in the Western U.S.

Water shortages are particularly bad for agriculture. California grows over a third of the nation’s vegetables and two-thirds of the country’s fruits and nuts, according to the California Department of Food and Agriculture. But with less water comes rationing. In 2021, a rice farmer found that selling his water was more profitable than growing with it. More croplands go fallow. By 2040, some 535,000 acres of farmland could be lost to the drier environment.

The natural world, too, suffers profoundly from drying conditions and warmer climes. Tens of millions of California trees died during the 2012 to 2015 drought, as the dehydrated, enfeebled plants couldn’t fend off hungry bark beetles. Between 2010 and 2019, parched conditions contributed to a massive tree die-off of over 147 million trees. These dead trees now provide ample fuel for future wildfires.

For now, the year’s snow at Donner Summit, where the research lab is located, is still above average, thanks to prodigious December snows. But the big picture is clear: The warming climate is magnifying already intense environmental swings in California.

“The extremes are getting more extreme,” said Schwartz.