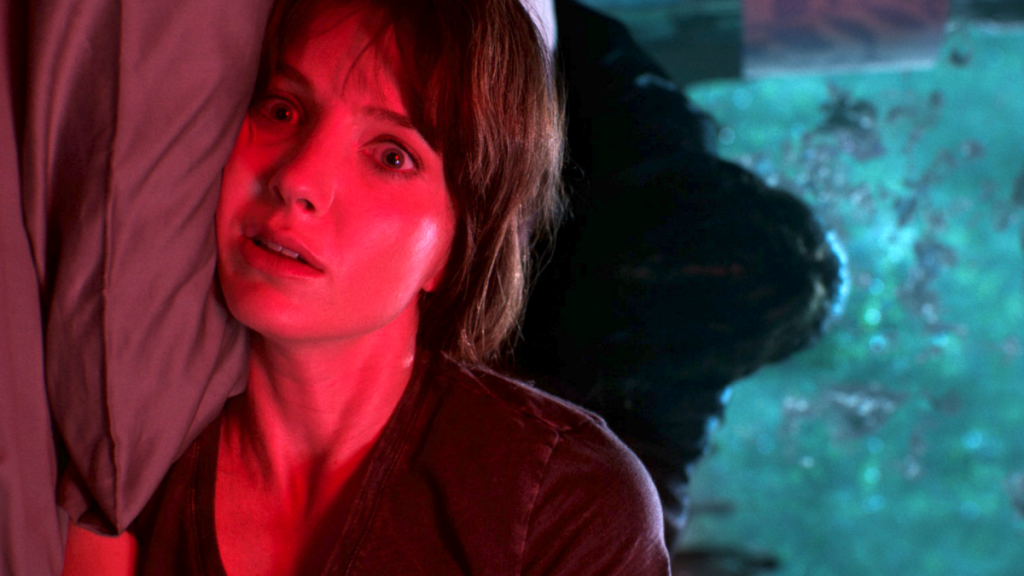 That’s an asset or an annoyance depending on your expectations heading into a movie from the director behind Saw and The Conjuring, but also Aquaman and Furious 7. Because if you’re looking to be seriously scared, then this surprisingly tame slasher will disappoint you. But if you’re open to a more imaginative nightmare that straddles the line between supernatural thriller and sci-fi action-adventure — in a way we can’t be sure was supposed to be funny, but undeniably is — then you’re in for a treat.

As a matter of narrative, Malignant is unlike anything you’ve seen before, and coming to appreciate its singularly bonkers story beats is half the fun. Again, that’s assuming you’re OK with silly, swapping Wan’s characteristic intensity for a fresh new flavor of intrigue.

An imaginative nightmare that straddles the line between supernatural and sci-fi.

Equipped with the fearless follow-through needed to execute every last one of its ambitious ideas, Malignant starts fast and builds speed throughout. The hellish journey of Madison Mitchell (Annabelle Wallis) kicks off something like Wan’s 2010 film Insidious, detailing a woman plagued by images of a homicidal, blade-wielding creature with super-strength and electrokinetic powers.

At first, these visions seem like hallucinations, possibly explained by a head injury Madison suffers in an early scene with her abusive husband, Derek (Jake Abel). But the victims in these dark dreams are real people, she insists, and they’re in real danger — even if Madison can’t explain how she knows that.

So when detectives Kekoa Shaw (George Young) and Regina Moss (Michole Briana White), as well as Madison’s loving sister Sydney (Maddie Hasson), look into her claims, a scary game of capture the credibility between Madison and this mysterious figure of her mind’s eye begins. It’s clear winning that baffling battle will be essential to Madison’s survival. But it’ll take until Malignant‘s freaky final act twist — one that reframes every scene to come before it — for you to know why.

Visually, Malignant plays like a Dario Argento-inspired Nightmare on Elm Street, with the monster from the haunting blue and red images of Madison’s imagination appearing like a trench coat-wearing Freddy Krueger. But unlike the Springwood Slasher (who fans will remember was given the simple explanation of “vengeful ghost” in his 1984 debut), this villain’s backstory is a complex mystery with a multitude of layers. The result is a campy but still creepy melodrama that behaves more like a soap opera than a horror film, revealing this being’s true nature juicy bit by juicy bit.

Like any decent soap, Malignant has outrageous twists and turns, ridiculous exposition, and histrionic outbursts backed by absurd musical flourishes (though, Wan opts for the sinister sonic stylings of longtime collaborator Joseph Bishara over the orchestral tones of, say, 1980s Dallas.) These bold narrative choices don’t up the scare factor by much if any, but they do transform the architecture of horror plot escalation from your standard exercise in maintaining tension into a gasp-inducing creative opportunity.

Rather than startling audiences with the same tricks we’ve seen done to death (y’know, murderer in the mirror, corpse in the shower, unexpected knock at the door, etc.), Wan catches his audience off guard with bombshell revelations that will make you invest even further in this story. Just when you’re waiting for the killer to arrive, it’s some arcane clue unearthed by the police that will have you shrieking with excitement.

Malignant’s script, written by Akela Cooper, sees mixed success in the face of that challenge. You’ll spot some of the movie’s most hyped-up plot developments coming from multiple scenes away, only to be met by a dialogue dump deeply over-explaining the situation you predicted. But Wan’s courageous commitment to telling this nutty story he and Cooper concocted elevates even Malignant‘s clumsiest moments to marvels of creativity. Maddie Hasson and Wallis deliver a likable duo you can root for.
Credit: RON BATZDORFF/WARNER BROS.

This is a fearlessly unique film — arguably the highest compliment one can give a title within this anything-goes genre. Even at its most predictable, Malignant will have you consistently questioning if it’s really going “there” and squealing with delight when it does. When it actually manages to shock you, things get even better — delivering the kind of developments that will have you chomping at the bit for an immediate rewatch, with your eyes newly peeled for the signs you missed.

With spectacular cinematography and exquisite production design, the ludicrous sum of Malignant‘s just-as-ludicrous parts scream cult classic. That’s not because this film can’t or shouldn’t be enjoyed now at the time of its release. (Seriously, I loved it so much at home that I’ll be seeing it again in theaters.) Rather, Malignant seems destined for historic horror greatness because its unrepeatable eccentricities will be more appreciated with time.

I’m hiding the ball a lot here. But this is a horror outing sure to inspire decades of debate and reflection — not to mention cosplay and Halloween costumes — and robbing you of the chance to experience it unspoiled would be to rob you of a major memory. If you liked this movie today, then you’ll love it in 10 years. That Wan actually made this movie isn’t something we’ll get over any time soon. So Malignant will fester in the pop culture hive-mind, growing stronger and, I predict, more beloved every time someone watches it.

Malignant is in theaters and streaming with the HBO Max ad-free plan.