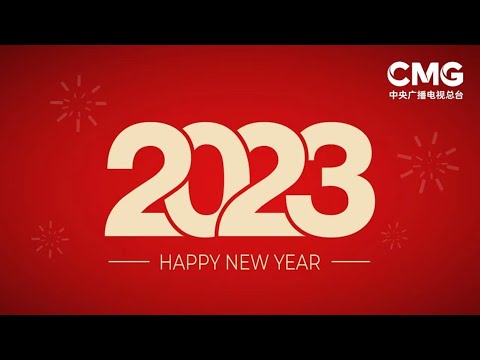 In the address, Shen said that the Communist Party of China successfully held its 20th National Congress in 2022, setting out the task of and pathways to advancing the rejuvenation of the Chinese nation.

He said that China Media Group has served as a participant, witness and recorder of the new era.

“China Media Group did a great job of broadcasting the grand and magnificent Congress to the world,” he said.

“International Olympic Committee President Thomas Bach praised the CMG for the unprecedented scale and success covering the Games. Programs produced by the CMG such as ‘China in the Classics’ and ‘China in Poetry and Painting’ are not only an artistic interpretation of lasting Chinese civilization, but also a continuous pursuit that contributes to the diversity of human civilizations,” he said.

The CMG hosted a number of galas, to mark occasions such as the traditional Spring Festival, the Mid-Autumn Festival and the New Year’s Day holiday.

Shen said that the CMG has also served as a platform to bridge gaps with programs and media forums.

He said that as President Xi Jinping has emphasized on many occasions, China firmly stands on the right side of history and the side of human progress, the CMG has striven to showcase Chinese wisdom and solutions by improving its global news gathering network and through dedication to honing its capability to report on top world news events.

“We now broadcast in 68 languages, up from 44, covering of 233 countries and regions. When reporting on the Russia–Ukraine conflict and the COVID-19 pandemic, we have abandoned prejudices, stayed true to the truth and made China’s objective and impartial stance and solutions heard by the international community,” he said.

Shen noted that the coming year marks the 10th anniversary of the Belt and Road Initiative. The CMG will continue to enhance media cooperation, advance exchanges and shoulder its duty as a responsible media organization.

In closing the address, the CMG president wished everyone a happy New Year filled with health, peace and happiness.