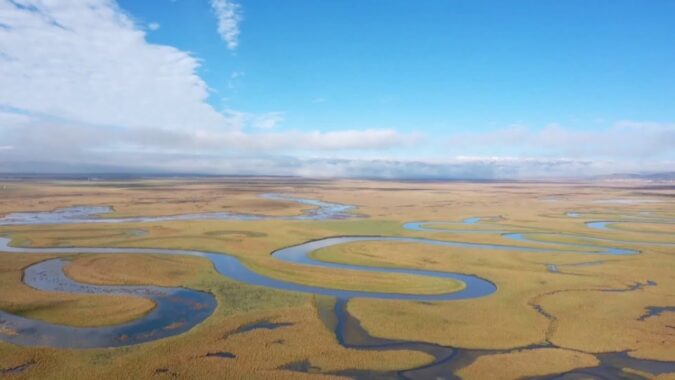 BEIJING, Nov. 5, 2022 /PRNewswire/ — More than a billion people across the world depend on wetlands for their livelihoods – that’s about one in eight people on Earth. However, these lands are Earth’s most threatened ecosystem.

According to the United Nations, 35 percent of the world’s wetlands have disappeared since 1970.

Themed “Wetlands Action for People and Nature,” the 14th Meeting of the Conference of the Contracting Parties (COP14) to the Ramsar Convention on Wetlands is being held from November 5 to 13, with its main venue in China’s Wuhan, and a parallel session in Geneva, Switzerland, in both in person and online formats.

This meeting gives us an opportunity to raise awareness, strengthen cooperation, and scale up wetlands action across the world, Chinese President Xi Jinping hailed on Saturday when delivering his speech via video at the opening ceremony of the events.

Xi vowed China will pursue modernization of harmony between humanity and nature, promote high-quality development in the wetlands conservation cause and promote international exchanges and cooperation.

What China has done?

With four percent of the world’s wetlands, China has met the diverse needs of one-fifth of the world’s population for wetland production, living, ecology and culture.

In his speech, Xi noted that historic achievements have been made in wetlands conservation in China. The country has increased the area of wetlands to 56.35 million hectares, put in place a protection system and enacted a Wetlands Conservation Law, according to Xi.

Since it acceded to the Ramsar Convention in 1992, China has established and improved its legal framework for wetland protection as well as systems for protection management, project planning, and investigation and monitoring. It has also fulfilled its obligations under the convention and continued to expand international cooperation in this regard.

The central government has spent 19.8 billion yuan (about $2.73 billion) on over 4,100 projects to advance wetland protection and restoration across the country since 2003.

China will build an international mangrove center in Shenzhen and supports the convening of a conference of the World Coastal Forum, Xi announced.

China has also made ecological cooperation a key part of Belt and Road cooperation. In 2021, China launched “the Belt and Road” Green Development Partnership Initiative with 31 partner countries, calling for international cooperation to achieve a green and sustainable economic recovery and promote low-carbon, resilient and inclusive economic growth post-epidemic.

Moreover, China has taken an active part in international conferences and activities, including the United Nations Summit on Biodiversity and the Leaders’ Summit on Climate, giving impetus to biodiversity conservation and sustainable development.

These cases are a microcosm of China’s concrete steps to promote global ecological cooperation, with the notion of building a shared future for all life on Earth as the underpinning.