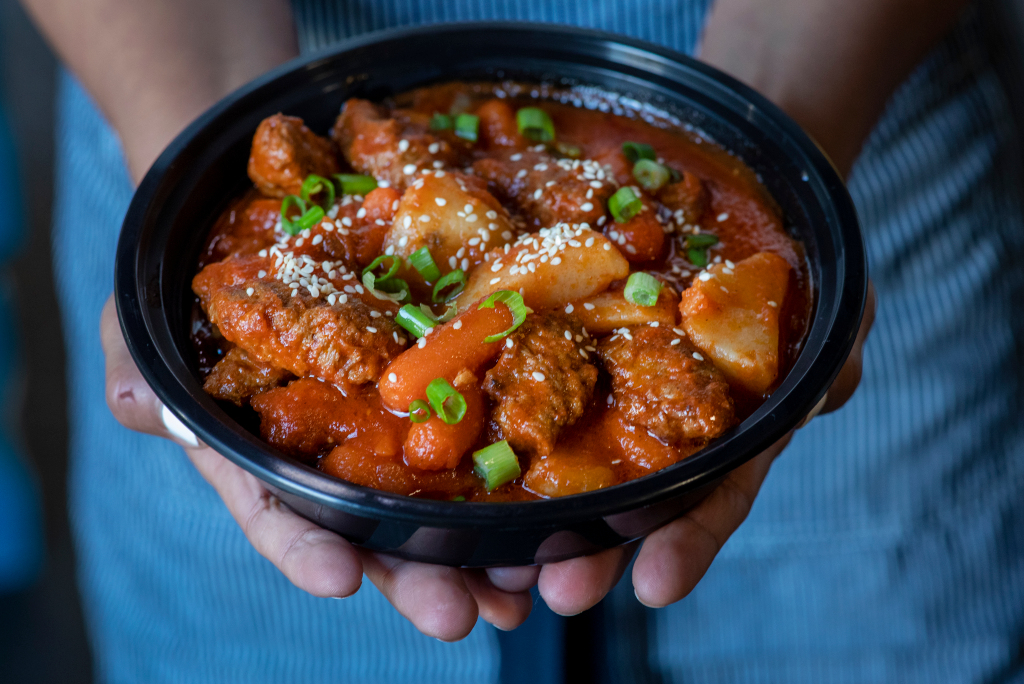 San Francisco/Daly City chef Reina Montenegro, who formerly operated Nick’s Kitchen, Nick’s on Grand and Nick’s on Mission, has moved into a Peninsula brick-and-mortar where she can showcase her vegan Filipino cuisine.

The Chef Reina restaurant in Brisbane features a to-go window for online and walk-up orders and a cooking demonstration studio.

“I want to be able to do cooking lessons, cooking shows and teach people how to replace their everyday basic food items at home with good vegan substitutes,” she said in a recent interview with the Bay Area News Group in which she talked about turning lifelong meat-eaters into fans of plant-based cuisine.

She specializes in re-creating pork-based Filipino favorites — tocino, sisig, lumpia. “They taste just like the real thing,” she said.

And on Earth Day, April 22, her restaurant will be one of nine nationwide launching dishes made with OmniPork, a new plant-based protein made from non-GMO soy, peas, shiitake mushrooms and rice.

“I’m just thrilled that her restaurant opening coincided with our U.S. launch,” David Yeung, founder of Green Monday and OmniFoods, said in a statement.