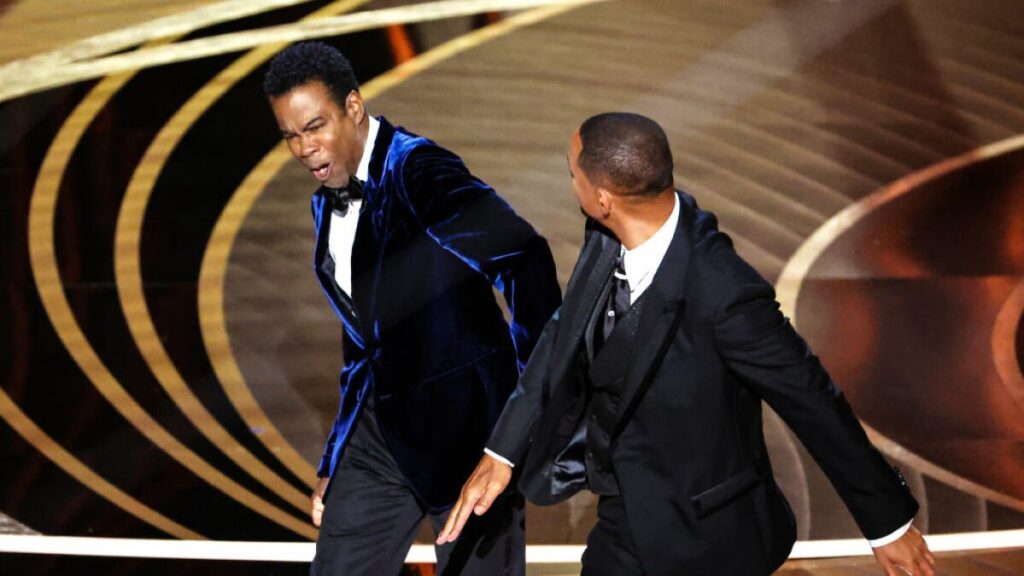 Chris Rock reportedly won’t be pressing charges against Will Smith after the King Richard star slapped him live on stage during the Oscars.

Smith, who won the Best Actor statue later in the ceremony, became the undisputed centre of attention at the 94th Academy Awards last night after publicly confronting Rock during the presentation for Best Documentary Feature. The comedian had been poking fun at Jada Pinkett Smith’s appearance, joking that she could appear in a G.I. Jane sequel due to her shaved head, which prompted Smith to jump to his wife’s defence.

The actor ascended to the stage to slap Rock across the face, before returning to his seat and shouting, “Keep my wife’s name out your fucking mouth!” While the exchange was censored on the U.S. broadcast, the full footage from international broadcasts has since made the rounds online.

All the winners from the 2022 Oscars

However, the Los Angeles Police Department says Rock has not opted to file a report with them.

Did Will Smith really hit Chris Rock at the Oscars?

Pinkett Smith has alopecia, a medical condition which causes hair loss. She publicly revealed her diagnosis in 2018, and has been open about her struggles with the autoimmune disease in the years since.

“It was terrifying when it first started,” Pinkett Smith said in 2018. “You know, I was in the shower one day, and then just handfuls of hair just [fell out] in my hands, and I was just like, ‘Oh my god, am I going bald?’ It was one of those times in my life where I was literally shaking with fear…. That’s why I cut my hair.”

The Academy has issued a statement about the incident between Smith and Rock on Twitter, stating that it “does not condone violence of any form.”

“Tonight we are delighted to celebrate our 94th Academy Awards winners, who deserve this moment of recognition from their peers and movie lovers around the world,” it wrote.