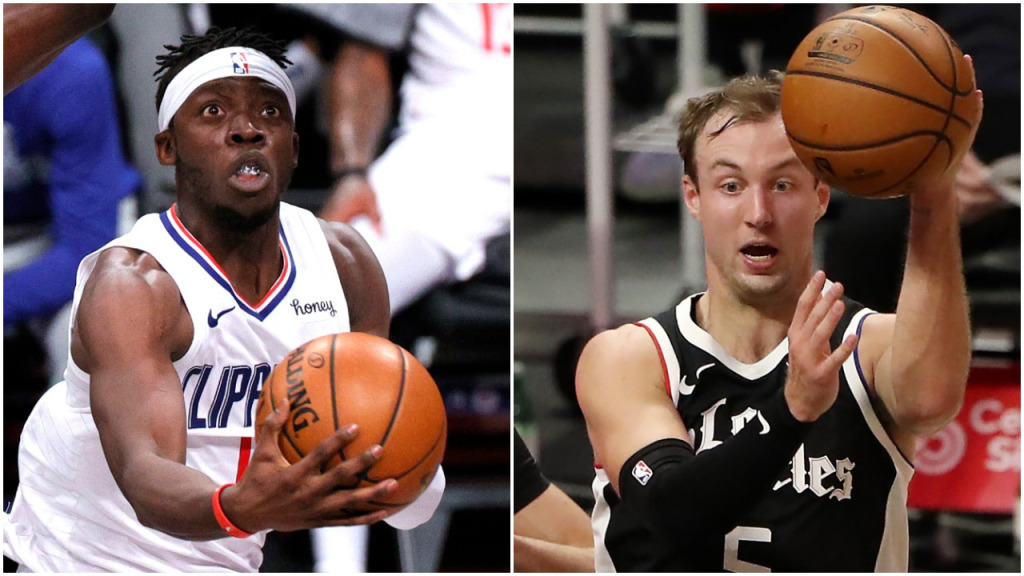 When Detroit Pistons head coach Dwane Casey looked out on the court Sunday, and again Wednesday, he caught sight of a pair of players of whom he’d grown quite fond.

A couple of guys on the Clippers.

Casey coached both Reggie Jackson and Luke Kennard as members of the Pistons, and he spoke of what he learned about both men on Sunday before the Clippers beat Detroit in the first of two meetings in four days, 131-124, behind 33 points from Marcus Morris Sr. (who also played for the Pistons for two seasons, prior to Casey’s arrival).

“It’s Detroit West,” Casey joked. “When you play different teams around the league, former players, it’s great to see them, you’re happy … how they’ve all fit together with their team – but on that night, you want to kick their butt.”

Jackson, 30, spent most of six seasons in Detroit, a tenure that was marred by injuries, including a stress reaction in his lower back that severely limited his contributions in his final season there before he and the team came to terms on a buyout that let him leave for L.A.

But all the time off to rest and recover fully benefited the Clippers. They now have a player in Jackson – whom Casey remembers as “a super young man, a great kid,” someone who “lights up a room when he walks in” – who has a heightened appreciation for both his health and the game.

“The time off and the time of healing and the new situation, it’s a fresh start for him and it’s good for Reggie,” Casey said, adding: “It probably humbled Reggie, let him know that this league is not forever, it can go at any moment if you have bad health, bad luck with your health. I think that’s something that probably sparked something with Reg. From the outside looking in, that would be my take on it, because … I promise you, he won’t take it for granted, and nor should any guy in the league take health for granted.”

Casey also spoke glowingly of Kennard, describing the 24-year-old shooting guard as “a tremendous young man” with a “tremendous family.”

“The business of basketball sometimes takes over from everything else,” Casey said. “But Luke is gonna have a tremendous career in this league for a long, long time.”

And why? Because Kennard, Casey said, “is a big-time scorer.”

“It was more of a contractual situation, a … business decision on his part, the team’s part, but Luke is a player. He’s really good in the pick-and-rolls, he’s crafty – that’s one part of his game that people overlook is his passing. And he’s a definitely knockdown 3-point shooter.

“All those guys are really competing and playing well,” Casey said. “Just twice a year, I don’t hope (them) well.”

Asked for Wednesday’s starting lineup about an hour before tipoff, Clippers coach Tyronn Lue said “as of right now” his first five would be Jackson, Kennard, Ivica Zubac, Terance Mann and Morris.

Was that lineup fluid?

“As of right now,” Lue repeated.

A few minutes after his virtual pregame scrum concluded, word came from the team that Morris would miss Wednesday’s game, the second on the road in two nights, for “rest.”

He joined All-Stars Paul George (rest) and Kawhi Leonard (sore right foot) on the sideline. Also out but not with the team: Serge Ibaka (lower back tightness) and Patrick Beverley (fractured hand).

Despite the proliferation of absences of would-be starters, Casey insisted that his Pistons would need to be ready for the Clippers to present a challenge.

“(Rajon) Rondo has won championships, still has juice; Pat Patterson, I had him in Toronto, I know what he can do; Luke, he doesn’t have to do a lot except what he does best – shoot the ball …” Casey said, listing off the available threats. “They have a lot of firepower. They may be on the second unit with that team, but they would be starting for a lot of teams in the NBA.”