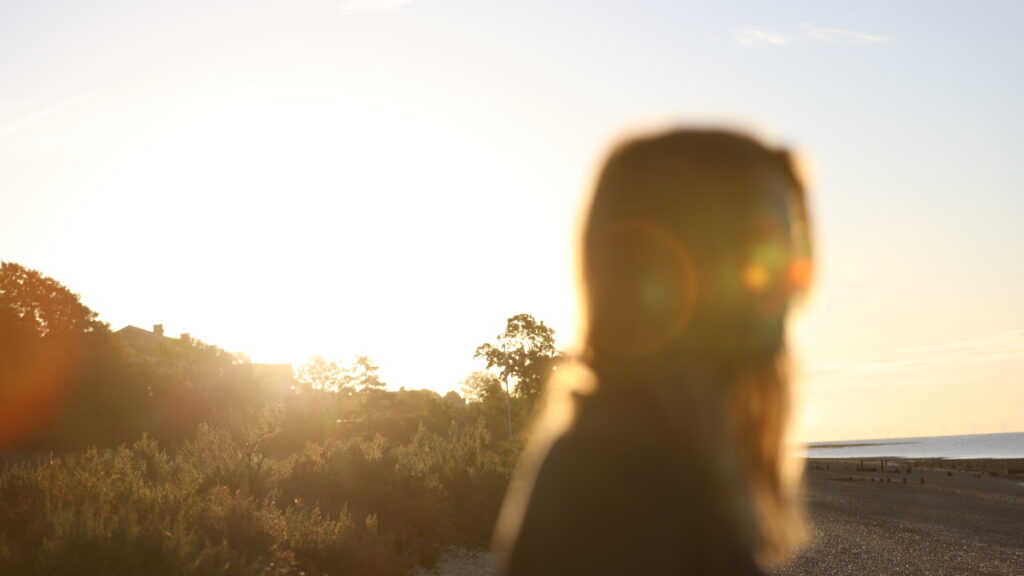 While many are familiar with postpartum depression, the depression faced by people who’ve become new parents, prenatal depression, which occurs during a pregnancy, is far less spoken about. A new documentary short on streaming platform Waterbear is shining new light on prenatal depression and a niche, helpful ritual some pregnant people are wading into: cold water swimming.

Cold water swimming, the practice of swimming outdoors in colder or polar regions, has proven to provide solace for some pregnant people, as Within the Water examines. Directed by Katharina Koall and Eleanor Church, the short film unpacks stories of pregnant women who have turned to the practice, while examining experiences of depression during pregnancy.

The 11-minute film feels achingly intimate, with slow-cut shots and the ever-present sound of rippling waves. Women sit with their children near the water, holding seashells and expressing the myriad of emotions they’ve faced while pregnant. As the documentary follows them over nine months, they share anecdotes of their fears during prenatal depression alongside the joys of pregnancy and later parenthood, and discuss the comfort cold water swimming brought them.

When it comes to pregnant people, the International Forum for Wellbeing in Pregnancy, a British charity, has suggested that antenatal swimming is generally “a safe form of exercise,” though this may depend on individual medical conditions. The forum writes that the practice of cold water swimming can improve blood circulation, reduce aches and blood pressure, and promote mental wellbeing, and suggests some precautions to take too.

While cold (or “open”) water swimming swimming sits at the crux of the short, the film is really more about shining a light on the stigma of prenatal depression, driven by the women interviewed and the stories they share with the camera.

“That feeling of being in that ice cold water is so extreme…it feels like a reset,” one woman says.

Filmmakers Koall and Church tell Mashable their passion for making Within the Water stemmed from their own individual experiences with prenatal depression.

In the UK, the National Health Service estimates that around one in eight people undergo some form of depression during their pregnancy. Treatment can include various forms of therapy or antidepressants.

How to support someone with depression virtually

Church said that the film captures a “shared mechanism to regain control” amongst the women turning to cold-water swimming.

“Prenatal depression, although relatively common, is kept in the dark,” she says. “The more we spoke to people about the project and opened up about our own experiences, the more people shared their own. It can be extremely lonely keeping this to yourself.”

While researching the film, Koall said that a number of perinatal mental health workers outlined how “under-recognised and misunderstood” prenatal depression can be.

“The stigmas around the idea of being ‘unmaternal’ and focusing pregnancy on the baby rather than on the mother are still prevalent — attitudes that can be damaging and, at times, dangerous,” she says. “These forms of depression are portrayed as a weakness, an instability, and while they can feel like that, this film explores the extreme strength and resilience that is needed to live through prenatal depression, to control it and be empowered.”

Within the Water is available to watch for free on Waterbear.