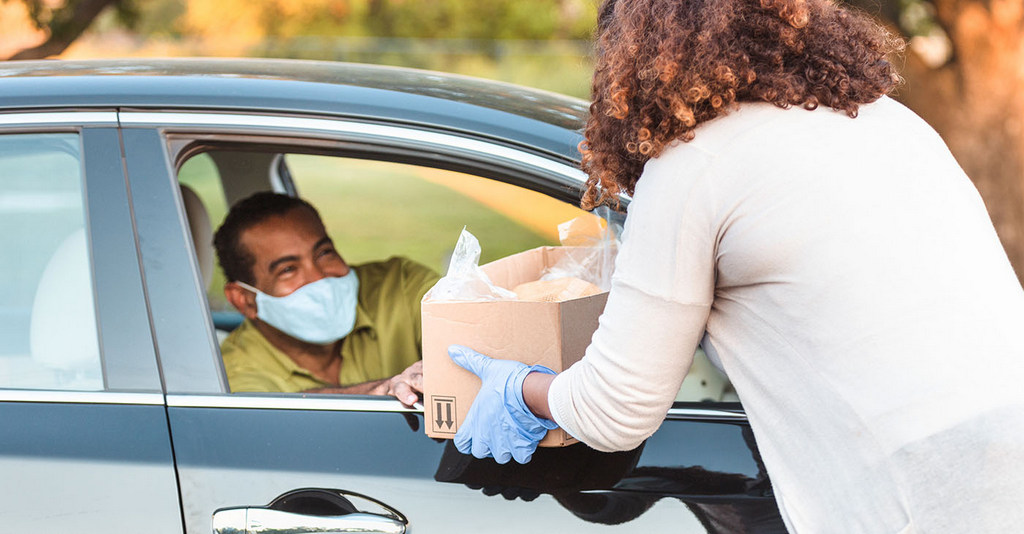 NNPA NEWSWIRE — The Howell Foundation has distributed more than 2400 USDA fresh food boxes – about 1 million pounds of food – to North Texas families since last June. Since the onset of the pandemic, the North Texas Food Bank saw demand for food double between March 20, 2020 and February 28, 2021, the agency recently reported.

Administrators of a Dallas County organization that distributes fresh food boxes and COVID-protection products predict that local families will continue needing such items through at least 2022. Dominique Bryant-Howell and her husband Chris Howell, founders of Dallas-based Chris Howell Foundation, said the COVID-19 pandemic has gutted thousands of families’ household incomes; they will need more than a year to financially recover, she said.

“The need is so great,” Bryant-Howell said. “We have decided as a board to move forward with food distribution. People are going to need 12 to 18 months to pull themselves together.”

Bryant-Howell made the statement Thursday, March 25, during a private gathering of Tarrant County and City of Fort Worth elected officials and business leaders. The foundation hosted the gathering at downtown Fort Worth’s The Capital Grille to address looming concerns over a marked rise in food insecurity in Arlington, Mansfield, and Fort Worth and nearby communities.

The Howell Foundation has distributed more than 2400 USDA fresh food boxes – about 1 million pounds of food – to North Texas families since last June. Since the onset of the pandemic, the North Texas Food Bank saw demand for food double between March 20, 2020 and February 28, 2021, the agency recently reported. Further, 40 percent of the people served by the Food Bank’s partners during this time were new clients. To meet an ongoing demand for fresh food, the Howell Foundation plans to expand its distribution operations – and other social services – into Tarrant County in late 2021, Chris Howell said.

At last week’s gathering, Howell sought support from elected leaders for a needed 20,000-square foot warehouse to increase distribution of the federal USDA Farmers to Families food boxes and to expand the foundation’s offerings to include job training, computer skills and other services to help families re-enter the career market after the pandemic.

The federal Farmers to Families Food Box Program is part of the Coronavirus Food Assistance Program developed by the U.S. Department of Agriculture and the Trump Administration in response to the COVID-19 pandemic. The federal program supplies area food pantries and local agencies with boxes containing up to 35 pounds of fresh fruit, potatoes, rice, pasta, frozen meat, butter, cheese and eggs to distribute to parents and children living in the nation’s fresh food deserts and to those affected by job losses caused by the pandemic.

Food boxes were regularly distributed at sites across North Texas during the final months of President Trump’s administration. However, the program’s contracts with agencies who deliver food boxes expires at the end of April. “We want to…continue to serve our community. The need is not going to go away,” Chris Howell told the city and county leaders. “We can’t do that now because we don’t have the space to do it. We don’t have a facility in Fort Worth.”

Brooks, one of Tarrant County’s senior elected officials, acknowledged a rise in food insecurity across North Texas, but said the county is limited in how it might assist the foundation with its expansion.

“I support it personally,” he said of the effort. “We need to give it some creative thought. Sometimes, you can slide into a gray area if you’re creative enough.” The Howells are the first North Texas non-profit leaders to call publicly for a continuation of the federal food box program – and to suggest that it might be needed for far longer than the next 12 months.