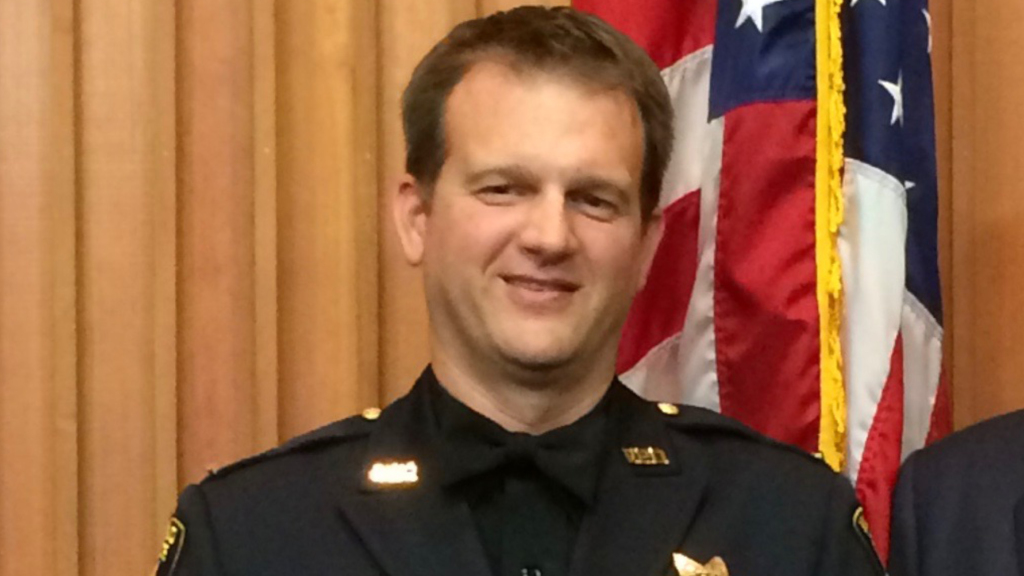 Controversial fired Vallejo police lieutenant sues to get his job back, wants $10 million in damages from city he says painted him as ‘racist cop’

VALLEJO — Michael Nichelini, the former police lieutenant and head of the city’s police union who was fired a year after he became the subject of multiple internal investigations, has added a new grievance to his multimillion dollar lawsuit against the city: He wants his old job back.

In an amended complaint filed last in early April, Nichelini’s attorneys wrote that his firing was the result of a yearlong campaign to smear Nichelini and ruin his career. Nichelini was investigated for multiple potential policy violations, including allegedly destroying evidence in a police shooting, writing a menacing email to a journalist who’d been critical of the police force, attempting to intimidate a civil rights attorney, and emailing colleagues a picture of a 1907 Vallejo police badge containing a backwards swastika.

In each of those cases, Nichelini’s suit says the allegations were either made up, exaggerated, or otherwise false. It also describes the timing of Nichelini’s firing — after he filed an earlier version of the suit alleging harassment — as “flagrantly retaliatory and intended to silence and disable the (police union)” that city leaders cooked up “to avoid the political ramifications of their own mismanagement of VPD public relations and citizen dissatisfaction with the VPD and the City’s job performance.”

The city has not responded to the amended complaint in court.

The amended complaint says that the March 31 notice of termination issued to Nichelini — which has not been made public — attempted to paint him as a “‘racist cop,’” which his attorneys called “an entirely unfounded and spurious allegation that effectively forever destroys Mr. Nichelini’s career, professional reputation, and personal life.” He is seeking “an amount according to proof but not less than $10 million” in damages.

The Vallejo Police Officers Association president since 2019 and son of a former police chief, Nichelini quickly has become one of the most divisive figures in a city that’s been mired in police-related controversies since 2019. He was put on administrative leave in July, for allegedly destroying evidence in the investigation into the death of Sean Monterrosa, who was shot and killed by Officer Jarrett Tonn on June 2 during demonstrations against the killing of George Floyd by Minneapolis police. Monterrosa was fleeing from a burglarized Walgreens carrying a hammer, which Tonn can be heard on body camera video saying he believed was a gun.

The email message was sent in December, following Taylor’s announcement that he was leaving the newspaper for a reporting job in Atlanta, and read that “looks like 2021 will be a little bit better not having your biased and uniformed (sic) articles printed in the newspaper that only inflame the public…you have never looked for the truth in any of your writings…We will warn our Georgia colleagues of your impending arrival.” Taylor viewed the message as a threat.

Vallejo police were also investigating Nichelini’s sharing of a 113-year-old police badge with a left-facing swastika carved into the top.

On top of that, Mare Island’s Touro University forbade the city’s police department from training on campus last year, citing an anonymous statement by the Vallejo police union Facebook page that condemned protests of Monterrosa’s killing, which said “it should be concerning to people that small children are brought to protests with open air marijuana smoking, foul vile language, screaming angry mob mentality and profound anger directed at the police.” A statement by the university’s provost called the comments an example of racist “dog whistle politics.”