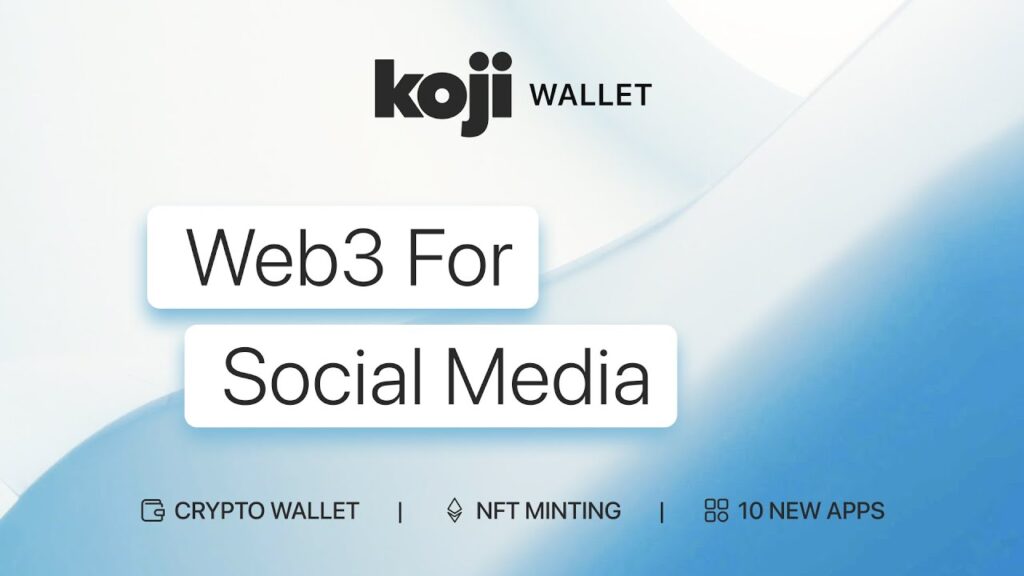 SAN DIEGO, Feb. 17, 2022 /PRNewswire/ — Koji, the app store for the creator economy and the world’s most powerful Link in Bio platform, today announced the launch of its integrated crypto wallet. The new wallet brings crypto and Web3 to the millions of consumers and creators who use Koji inside Instagram, TikTok, and every other social network, with no browser extensions or app installs required.

“With the launch of Koji’s integrated crypto wallet, Web3 is accessible to more people than ever before. Someone who has never interacted with crypto can visit a creator’s Link in Bio, mint an NFT, and then use that NFT to access exclusive content in one of the creator’s other apps, all without ever leaving Instagram or installing a wallet app. We are excited to announce that Web3’s promise of democratization, ownership, and portability is here today and is accessible to the masses,” said Dmitry Shapiro, Koji CEO.

In addition to the wallet, Koji announced the launch of new apps for minting NFTs, including a simple image minter, a profile picture (PFP) generator, and an app for running giveaways that rewards winners with an NFT. Dozens more NFT and Web3 apps will be released in the coming weeks, made possible by Koji’s powerful developer ecosystem, which now includes full support for developing Web3 apps. More developer features, including contract debugging and verification, are coming soon.

“Over the past few months, the growth of the Koji App Store has accelerated dramatically. We are now bringing this pace of innovation to Web3, giving every creator the ability to use Web3 apps to build their communities, engage their audiences, and grow their businesses. We believe the impact of Koji’s Web3 infrastructure, and the ways in which it allows creators to decouple themselves from marketplaces and platforms to engage directly with their audiences, will have a profound impact on the entire landscape,” said Sean Thielen, Koji CTO.

The new wallet supports Ethereum and Polygon and is available to all Koji users today. Koji users can fund their wallets directly or top up seamlessly with credit or debit cards via MoonPay. NFT minting apps are free to use for all creators; Koji takes no platform fees for these apps.