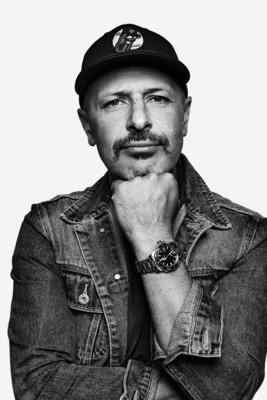 BOCA RATON, Fla., March 10, 2022  /PRNewswire/ — Grom Social Enterprises, Inc’s (NASDAQ: GROM), Curiosity Ink Media – a prolific creator of original multiplatform family entertainment – today announced that it will partner with iconic comedian Maz Jobrani (Pandemic Warrior, Superior Donuts, Back to School With Maz Jobrani) to develop an original animated sitcom, Laugh on Lorb (working title), centered on an aspiring teenage comic who is mistakenly abducted by aliens who believe he is Oprah Winfrey. Their objective, of course, is to bring her back to their princess, tap into her infinite wisdom, and bring aspirational living to their planet’s inhabitants. Jobrani, along with co-creator Dustin Ellis, (The Kingdom, The Iron Giant) will oversee the writing, story development and overall direction for the series which will be produced by Curiosity Ink Media and Mainstay Entertainment. The series was announced today by Russell Hicks, Chief Content Officer of Curiosity Ink Media.

“Only the mind of Maz Jobrani could conceive an Iranian teenage standup mistaken for Oprah and aiming to please an emotionless race of aliens on the verge of extinction… and we love it,” said Hicks.  “Maz has an incredible ability to use his comedy to build cultural bridges and we’re thrilled that he’s partnering with Curiosity to bring his humor and endless good energy to this animated sitcom.”

Jobrani, an Iranian-born comedian who emigrated to the United States at the age of six, is an actor, podcaster and comedian whose wry global view has made him a hit with audiences around the world. His new standup comedy special, Pandemic Warrior is currently streaming on PeacockTV and he is the host of his own podcast, Back to School with Maz Jobrani on the All Things Comedy Network.  As an actor, he was most recently seen playing the loveable “Fawz” on the CBS comedy Superior Donuts. He has made many appearances on television’s most popular shows, including Grey’s Anatomy, Curb Your Enthusiasm, Last Man Standing and Shameless. He has also been a regular guest on The Late Show With Stephen Colbert, and The Late, Late Show With James Corden. Jobrani starred as the title character in the award-winning indie comedy, Jimmy Vestvood: Amerikan Hero, a feature which he co-wrote and co-produced. He has co-starred in many additional films, including Sydney Pollack’s The Interpreter, Disney’s Descendants and Ice Cube’s Friday After Next. Jobrani’s other standup comedy specials include Immigrant, which was filmed at the prestigious Kennedy Center and is a Netflix original, as well as solo specials on Showtime: Brown and Friendly, I Come in Peace, and I’m Not A Terrorist, But I’ve Played One On TV.  He was also a founding member of The Axis of Evil comedy tour, which aired on Comedy Central. In Spring 2016, Jobrani performed at the White House, where he had the privilege of introducing Michelle Obama and as a UC Berkeley alum, gave the keynote speech to the graduating class of 2017. Jobrani is a regular panelist on NPR’s Wait, Wait Don’t Tell Me and has given two TED Talks. His LA Times Best Selling Book, I’m Not A Terrorist But I’ve Played One On TV, was published by Simon & Schuster. He also executive produced Everything Must Change, a documentary about his sister’s battle with breast cancer, which is currently available on iTunes.

Said Jobrani, “I’m really excited to be working with Curiosity Ink Media and Dustin Ellis to create a fictional planet where a teenage comedian becomes a savior and his immigrant family pester him to be back home on Earth in time for dinner. What could go wrong?”

Laugh on Lorb centers on an aspiring teenage stand-up who is selected to introduce superstar Oprah Winfrey’s appearance at his school and is kidnapped from the stage by Lorbs who believe he is Oprah and taken home to their world to meet the princess. After learning that she is on a mission to bring emotion back to Lorb to save it from disaster, he agrees to channel his inner Oprah to help her.  Through the eyes of a teenage Iranian immigrant, he shares his own insight, wit and philosophy of life while learning about comedy – and himself- along the way.

Grom Social Enterprises, Inc. is a growing social media platform and original content provider of entertainment for children under 13 years of age, which provides safe and secure digital environments for kids that can be monitored by their parents or guardians. The Company has several operating subsidiaries, including Grom Social, which delivers its content through mobile and desktop environments (web portal and apps) that entertain children, let them interact with friends, access relevant news, and play proprietary games while teaching them about being good digital citizens. The Company owns and operates Top Draw Animation, which produces award-winning animation content for some of the largest international media companies in the world. Grom also includes Grom Educational Services, which has provided web filtering services for K-12 schools, government and private businesses. For more information, please visit gromsocial.com.