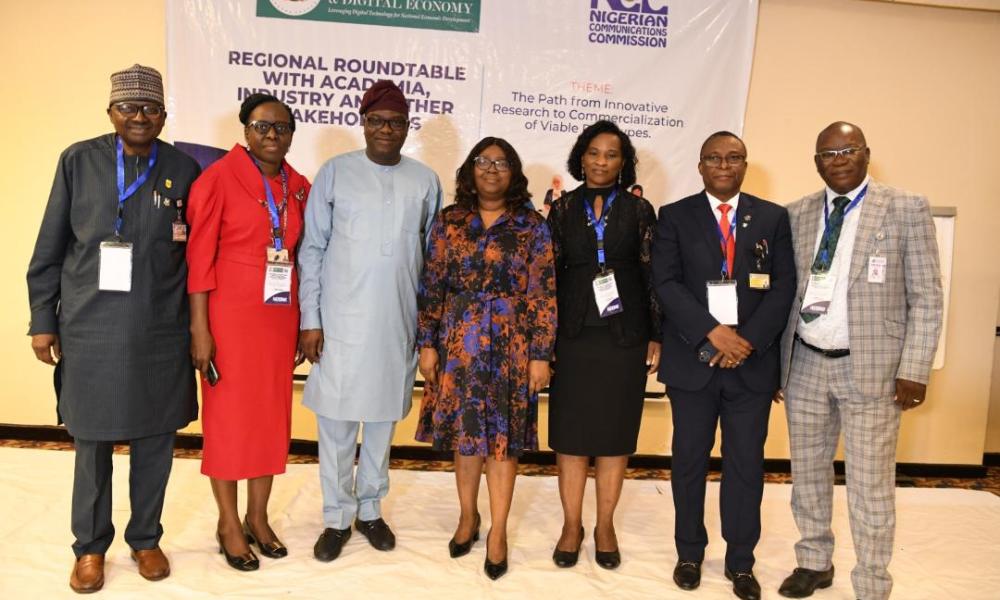 Four retiring members of staff of the Nigerian Communications Commission (NCC) have received encomiums from Prof. Umar Danbatta, the Executive Vice Chairman and Chief Executive Officer (EVC/CEO) of the Commission, for their dedication to duties and rising to be counted as committed members of the team that is making the nation proud with their individual contributions to the development of telecommunications in Nigeria.

The NCC boss said Aliyu’s various postings across departments, and his outline of contributions at his various posts were testaments to his hard work and dedication to duty. He specifically commended Aliyu’s administrative competence that enabled the Commission to start off NCC Digital Innovation Park project being constructed in Kano.

Aninweke, joined NCC in 2001, and is retiring as an Assistant Director and Head, Risk Management in the Corporate Planning Strategy and Risk Management Department, after 21 years of dedicated active service.

He was also President of NCC Staff Cooperative and Multipurpose Society for two tenures.

Mrs. Patience Ante, on her part, served the Commission for 18 years, having been enlisted in 2002 as Confidential Secretary at the Commission’s erstwhile Human Resources Department where she worked for seven years before her redeployment to Lagos Zonal Office.

In Lagos, she first worked in the Compliance Monitoring and Enforcement Unit where she served different sections of the Zonal Office operations.

Before her retirement, Ante, rose to the position of  a Principal Manager and served as Head, Licensing and Authorization Unit at the Lagos Zonal Office.

Agbi, popularly called ‘Apollo’ by the staff of the Commission, joined the Commission in 2005 as a protocol officer. His duties included working closely with high profile personalities in the Commission, including Board members, Ministers, and the Executive Management. His core responsibilities included liaising with the Nigerian Immigration Service. Agbi, also fondly called ‘Papa’ worked with uncommon zeal, passion and honourably. He is retiring from the Commission at the rank of Deputy Manager.

During their different valedictory sessions, the retirees appreciated the opportunity given to them to serve Nigeria officially in various capacities through the NCC.

They also profoundly commended the EVC, Prof. Danbatta, for his remarkable leadership qualities and finesse which have repositioned the Commission as a flagship Nigerian public sector institution.