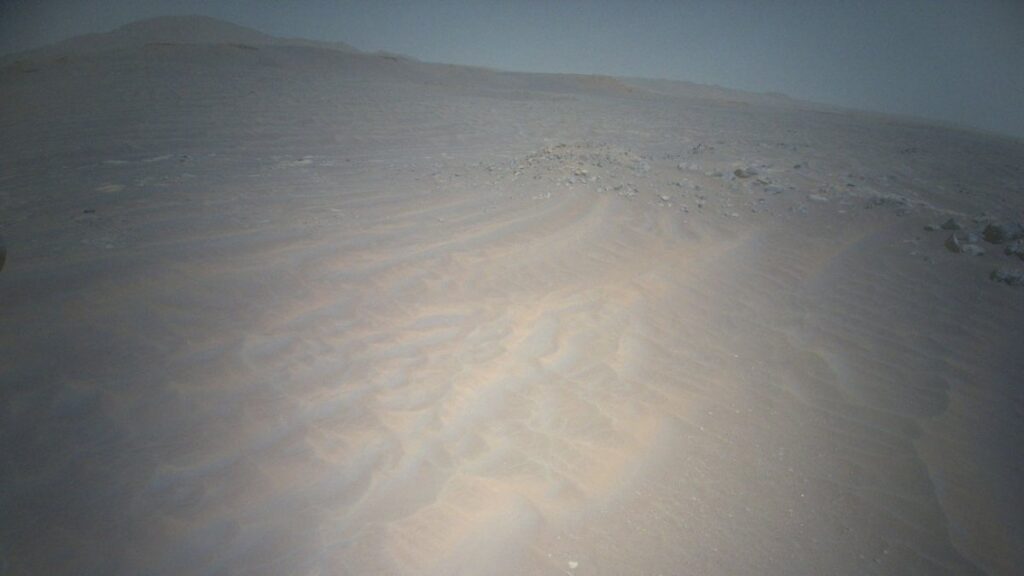 The aerial craft Ingenuity is headed to a dried-up river delta in the Jezero Crater, a land filled “with jagged cliffs, angled surfaces, projecting boulders, and sand-filled pockets that could stop a rover in its tracks (or upend a helicopter upon landing),” says NASA.

But first, it must fly there.

Over a series of at least three flights, NASA will send Ingenuity across an expanse of desert dubbed “Séítah.” The space agency released an image from a trip across this terrain, captured in midair using Ingenuity’s high-resolution color camera.

A view of a portion of the Jezero Crater called the “Séítah”
Credit: NASA / JPL-Caltech 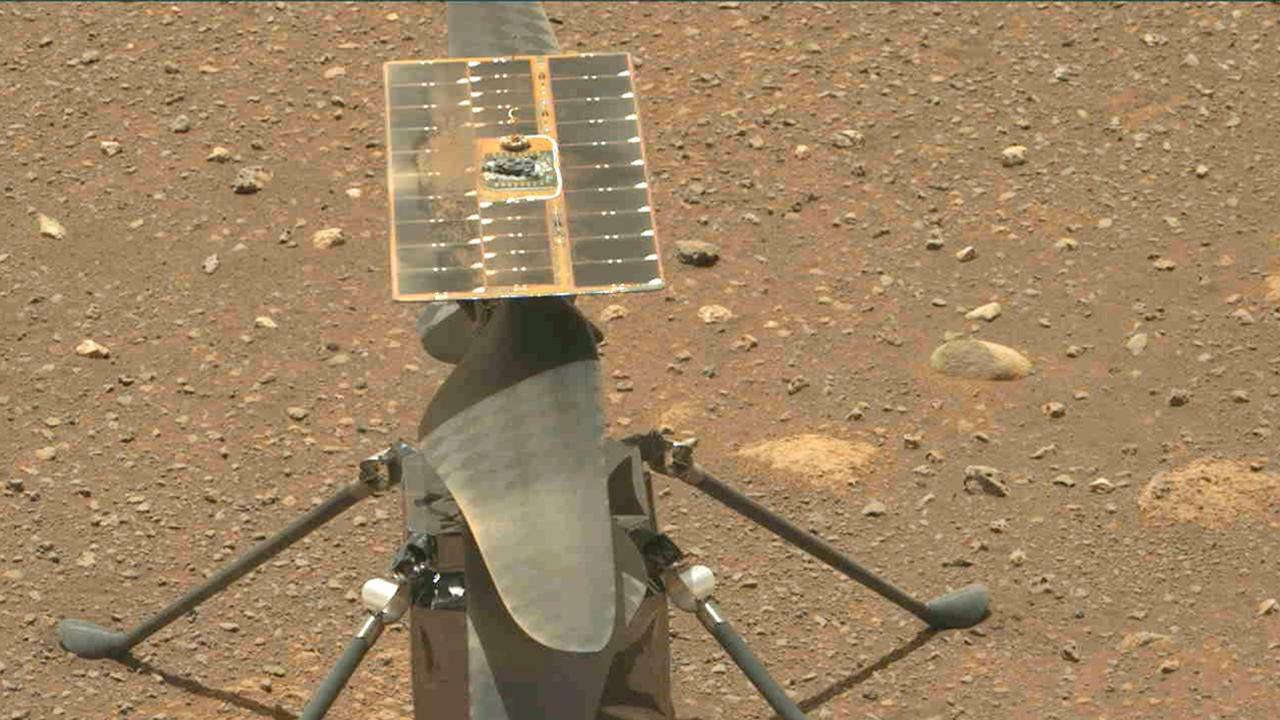 The image shows windswept sand in the foreground, and hilly, even mountainous terrain beyond. You can also spot the helicopter’s shadow on the bottom of the frame, and a glimpse of the ball-like end of one of its legs on the upper left side of the image.

The Ingenuity helicopter, an experimental robot, has vastly exceeded engineers’ expectations. NASA hoped to prove it could fly something on Mars. Now, the helicopter has flown over 21 times, and its next journey is expected to span some 1,150 feet — while avoiding a hill.

“This upcoming flight will be my 22nd entry in our logbook,” Ingenuity chief pilot Håvard Grip said in a statement. “I remember thinking when this all started, we’d be lucky to have three entries and immensely fortunate to get five. Now, at the rate we’re going, I’m going to need a second book.”

The chopper will soon accompany the car-sized Perseverance rover on a journey through the dry river delta, a place planetary scientists suspect once teemed with water. The mission seeks evidence that primitive, microscopic organisms once dwelled in moist environments on Mars.

Still today, there’s no proof of life anywhere beyond Earth.