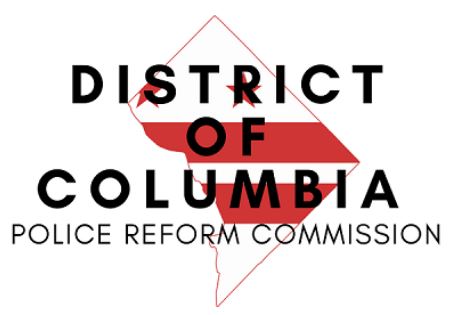 By Micha Green and Imani Wj Wright
Special to the AFRO

In July 2020, following the protests and calls to action stemmed from the murder of George Floyd in Minneapolis, the D.C. Council passed emergency legislation, the Comprehensive Policing and Justice Reform Second Emergency Amendment Act (Act 23-336) and established the District of Columbia Police Reform Commission.  After several months of working, the Commission released a 259-page report with recommendations to the D.C. Council, in order to effect positive police reform in the nation’s capital.

“Not only is policing inadequate on its own to keep people safe, it too often causes undue harm in the precise communities it is nominally meant to protect.  Much of what has been normalized and accepted as necessary in policing does not answer genuine public safety needs, but rather reflects the often-unthinking perception of a system designed to control and exploit, rather than empower and nurture- especially Black and Latinx people,” wrote the Commission’s Co-Chairs, Robert Bobb and Christy Lopez, in the preface of the report. “Thus we took seriously and were grateful for the Council’s call to ‘re-envision policing’ and to interpret that mandate broadly, as reflected by the recommendations in this report.”

Some of the Commission’s recommendations include increasing investments in programming that will prevent violence, reducing the size of the Metropolitan Police Department, limiting overtime, creating effective non-law enforcement responses to those in crises and removing resource officers out of schools and replacing officers with practitioners who are better suited to address behavioral health as opposed to crime and violence.

“The Commission’s recommendations to strategically shift resources for issues such as behavioral health crises would enable officers to focus more on violent and serious crime,” the Commission tweeted after releasing the report.

The DC Police Union was none too pleased by the Commission’s report implying it shed a defamatory light on local policing and said it hoped that the Council would not consider the recommendations.  “This report generated by the Police Reform Commission has a recurring theme that ‘Policing is Harmful.’  Nothing could be more preposterous. Our members are tasked with the difficult job of dealing with violence and chaos every day, and every day our members handle this responsibility with respect and professionalism.  Hopefully, citizens and Councilmembers alike will do what’s right and ignore the detrimental recommendations in the report,” the Union said in a statement.

The Union viewed the recommendations as a way of downsizing and taking away law-enforcement duties.

“The one thing that is clear in the 259 pages of the report is that the Commission is clearly on a mission to defund police in the District,” the Union wrote.

However, Police Reform Commission member LaShunda Hill tweeted that folks should reframe the recommendations as a means of adding and improving as opposed to reducing policing.

“It’s impossible to continually note that the recs from the [DC Police Reform Commission] call for a more robust and effective system of care and support services that are proven to increase public safety.  We aren’t taking away effective tools, we are adding to/ creating them,” Hill tweeted.

Council member, Charles Allen (D-Ward 6), chair of the Committee on Judiciary and Public Safety, weighed in on the recommendations from the Police Reform Commission and offered gratitude for their hard work.

“I want to offer my sincere thanks to the members of the Police Reform Commission, who took up the task of envisioning the future of policing and public safety at a critical juncture. The Council asked a lot of them, and they have taken the task as seriously and thoughtfully as I could have hoped,” the Ward 6 Council member said.  “Their many recommendations now come to the full Council and the public to be reviewed and considered. Some of these recommendations may require Council action, but others could be implemented or funded immediately,” Allen added.

The Chair of the Committee on Judiciary and Public Safety emphasized that the Committee’s recommendations come at a “crucial time” in D.C. and in our nation. He also spoke on the overuse of police officers in situations that may be better addressed by other professionals.

“We have all asked police officers to be our only response to far too many social issues, often issues for which they’re not best equipped, where alternative responses might be more appropriate, or in which their involvement creates harm. The trust between officers and the communities they serve is frayed and in some areas is broken,” Allen told the AFRO.

“As a society and as a District government, we have continuously disinvested in communities and doubled down on law enforcement. It would be at our own collective peril to ignore the urgency of these challenges. At this important crossroads, a new MPD Chief nominee has expressed an openness to significant change. A new approach by the District to gun violence as a public health emergency signals a more comprehensive and urgent approach to solutions,” he said.

The Council member told the AFRO he hoped that both the government and residents would work together in order to see true police reform and positive change.

“I expect that all branches of government, as well as the public, will take these recommendations seriously and collectively join together in the difficult conversations necessary to reimagine policing and public safety.”

For more information on the Police Reform Commission, visit: https://dcpolicereform.com/