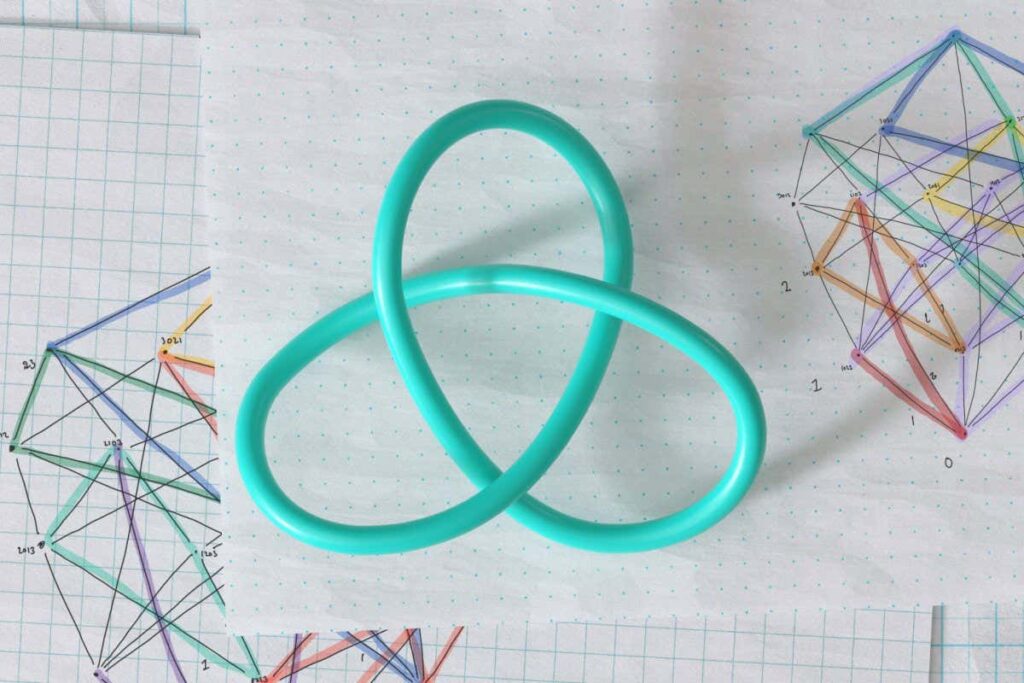 AI software has collaborated with mathematicians to successfully develop a theorem about the structure of knots, but the suggestions given by the code were so unintuitive that they were initially dismissed. Only later were they discovered to offer invaluable insight. The work suggests AI may reveal new areas of mathematics where large data sets make problems too complex to be comprehended by humans.

Mathematicians have long used computers to carry out the brute force work of large calculations, and AI has even been used to disprove mathematical conjectures. But creating a conjecture from scratch is a far more complex and nuanced problem.

To disprove a conjecture an AI simply needs to churn through vast numbers of inputs to find a single example that contradicts the idea. In contrast, developing a conjecture or proving a theorem requires intuition, skill and the stringing together of lots of logical steps.

UK-based AI company DeepMind, owned by Google’s parent company Alphabet, has previously had success in using AI to beat humans at games of chess and Go, as well as solving the structures of human proteins. Now the firm’s scientists have shown that AI can provide human mathematicians with promising leads to develop theorems. That work has led to a conjecture in the field of topology and representation theory, and a proven theorem about the structure of knots.

Unlike most neural network research, in which an AI is fed large amounts of examples and learns to spot or create similar inputs, the AI here examined existing mathematical constructs for patterns. DeepMind says that its AI found both previously known and novel patterns and guided human mathematicians toward new discoveries.

Marc Lackenby and András Juhász at the University of Oxford worked with DeepMind to create a new theorem about the connection between algebraic and geometric invariants of knots. Knot theory is the study of knots as found in rope, except that in these models the two ends are joined together. Although the field does provide insights into how a rope can tangle, it also has applications in quantum field theory and non-Euclidean geometry.

DeepMind’s AI software was given details of the two previously separate components of knot theory – algebraic and geometric – and asked to seek any correlations between them, both straightforward correlations and also complex, subtle and unintuitive ones. The most interesting of these leads were passed to human mathematicians for analysis and refinement. Some of them were shown to be previously established mathematics, while others were completely new.

Lackenby says that the AI identified a string of variables that, combined in a complex fashion, seemed to suggest a correlation between the two previously separate fields. Initially the team took only the three strongest of these suggested variables and tried to work on a conjecture.

“We spent quite a long time trying to prove that, and it turns out not to be quite correct,” says Lackenby. “But it turns out the fourth and the fifth [AI suggestions], in this very subtle way, also control the signature. So actually we would have saved ourselves quite a bit of time if we had taken what the machine learning was telling us at face value. The machine learning knew what was going on the whole time.”

Once those additional variables were taken into account, the team was able to complete the conjecture and also prove the theorem. “We were working in a world where our intuitions were being challenged,” says Lackenby. “We didn’t expect there to be such a clear relationship between these algebraic and geometric quantities, so I was very, very surprised.”

Several suggestions from the AI led to possible conjectures that proved true for millions of examples, but that fell apart with further investigation. Lackenby believes that AI is a long way from being able to finish the process of analysing promising leads and developing conjectures or theorems alone, but that it could be invaluable in prompting or steering humans towards promising areas of study.

“I think enhancing intuition is absolutely key to the mathematician. Intuition is what guides us, so anything that can help with that is a really useful tool,” he says.

The AI also assisted Geordie Williamson at the University of Sydney in the discovery of a conjecture in representation theory that hasn’t yet been proven, but has been successfully tested against more than three million examples.