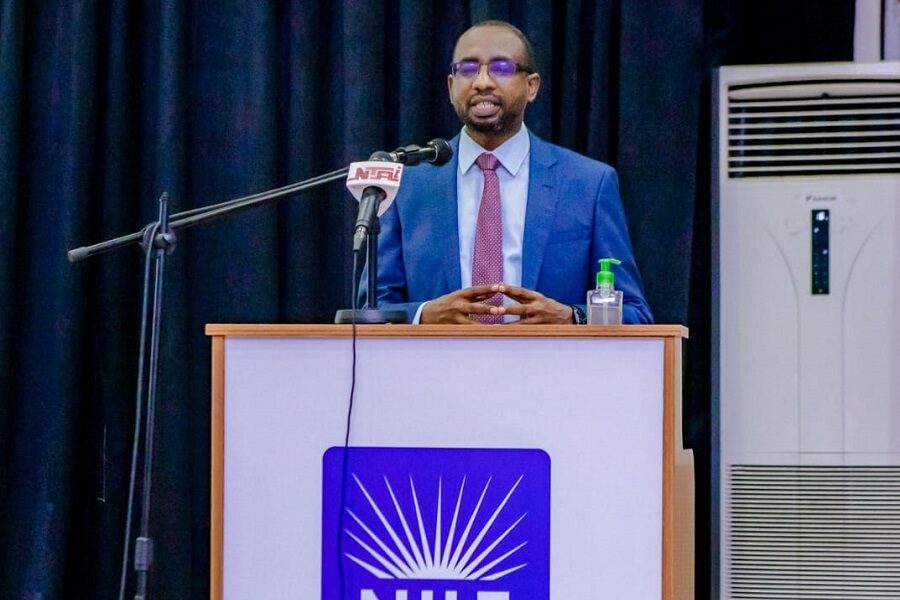 DG NITDA admonishes members of NACOS, others to take advantages of digital technology

As part of efforts in aligning Nigeria with the trending global Information Technology standards, Mallam Kashifu Inuwa Abdullahi, the director general of the National Information Technology Development Agency (NITDA), has admonished the younger generation, especially the Nigerian students to exploit the boundless opportunities presented by evolution of digital technologies in order to fully enjoy its benefits. According to him, the application of innovative technologies which when commercialized can yield a productive and vibrant economy.

He said this while delivering a keynote address at the annual National Innovation, Research and Software Summit 2021 organized by the National Association of Computer Students (NACOS) on Tuesday at the NILE University.

Speaking on the Renaissance of Technology, the NITDA boss stated that the present administration of President Muhammadu Buhari GCFR have come up with many initiatives to create an enabling environment in order to diversify the economy by promoting indigenous content.

He also told members of NACOS and others at the event that the launching of the National Digital Economy Policy and Strategy (NDEPS) and the redesignation of the Ministry of Communications to include the Digital Economy are part of concerted efforts of the Federal Government with relevant stakeholders in actualizing Nigeria’s roadmap to a vibrant digital economy.

He mentioned that the rapid evolution of technology and innovation if adequately and adequately applied, can have significant positive impact on the economy of the country.

“As students, it is important for you to think of ideas and nurture it so that you can create wealth for yourself even before graduation because in order for you to be innovative, you need to be able to commercialize your inventions”, Abdullahi averred.

Abdullahi however explained the importance of working as a team rather than in isolation stating that a lot can be achieved as a team.

“It is important for you to co-found any start up idea you have and work within the IT ecosystem because a lot can be achieved that way”, he said.

He emphatically stated that technology is basically categorized by Increasingly Capable Systems, Increasing Technology Integration and the Surveillance Capitalism which are threatening people’s jobs, enabling the ability to connect to anything and creating a quantified society respectively ought to be sources of inspiration to the students in creating jobs and prosperity for themselves.

He added that in line with the NDEPS, NITDA is working hard in achieving the realisation of a vibrant digital economy through deliberate efforts such as digital literacy and skills, promotion of indigenous content, digital innovations and entrepreneurship.

“NITDA has developed infrastructures and initiatives such as the the establishment of the National Centre for Artificial Intelligence and Robotics (NCAIR), Digital States Initiatives, Providing IT Hubs, Technology Innovation Entrepreneurship Support (TIES) Schemes amongst many others,” he noted.

Abdullahi disclosed the Agency’s enthusiasm in working with universities with the aim of building startups and developing potential entrepreneurs from the academic environments.

“This is a model we are trying to emulate from the Massachusetts Institute of Technology which is one of the leading Universities that produce entrepreneurs”, he stated.

He further stated the Agency’s efforts in working with some universities on a project called the MIT Regional Entrepreneurship Acceleration Programmes (MIT-REAP) which is a global initiative of the MIT as well with the aim of creating a viable IT ecosystem to produce a well structured developed economy.

“I want NACOS to key into these initiatives so that they can be inspired to build their innovative and entrepreneurial capacity in the innovation ecosystem”, the DG concluded.

Professor Adesina Sodiya, the Nigeria Computer Society (NCS) president in his earlier remark expressed his excitement in witnessing the commencement of the great event by the National Association of Computing Students.

He gave his assurances that the NCS remains committed to promoting rapid National growth by providing necessary technical and professional support to technology providers. “the Society will continue to support and promote technological development and Information Technology businesses for sustainable development of our nation”, he stated.