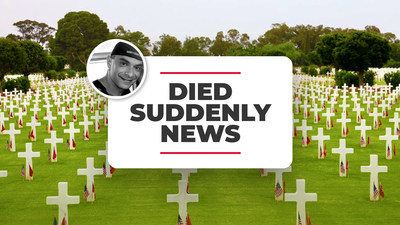 “We welcome Tiago Henriques and his courageous community to a place where they won’t be silenced,” says Parler CEO George Farmer. “Big Tech proves again how badly it wants to control the narrative, disallowing people to talk about their health and the deaths of loved ones.”

The group’s founder said Big Tech wasn’t specific as to why the groups were forcibly closed.

“They didn’t say we’ll get back to you in seven days. You have a right to appeal. Nothing. Zero. It’s just one line. You violated the terms of service of the Facebook community and that’s it.”

Henriques says he opted to move the community to Parler so its members won’t have to speak in code, using unrelated emoji to circumvent Big Tech’s censoring algorithms.

“I think it’s important that platforms like Parler exist,” Henriques explains. “It’s incredible how much Big Tech is trying to hide all this.”

To share stories directly with the community, users can include the hashtag #DiedSuddenlyNews and tag @TiagoHenriques in parleys. Henriques will be posting stories regularly, allowing others to comment.

About Parler: Parler has a bold vision to make freedom of expression, security, and privacy a reality through social media and blockchain technology. Over 16 million users have chosen Parler as their social media platform to protect against the authoritarian powers of Big Tech, Big Government, and cancel culture. Parler uses the First Amendment of the U.S. Constitution as a guide, making it possible for people to speak freely without fear of being suspended or labeled ‘dangerous’ and banned. Parler is the public town hall where everyone is welcome, and civil debate is encouraged around diverse topics. Founded in 2018, Parler is based in Nashville, TN, and has a growing global community of content creators. For more information, visit Parler.com.