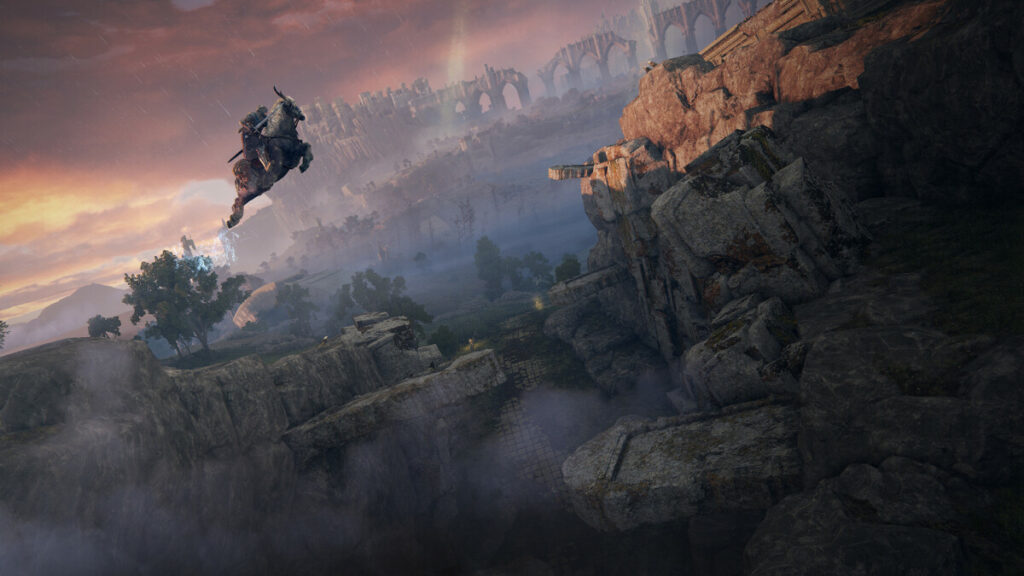 That’s the prevailing lesson of Elden Ring, the newest action game and social media sensation from the team at From Software. Like Dark Souls and Bloodborne before it, Elden Ring puts you in a world full of vile monstrosities that, more than anything else, want you dead. You are a contemptible little worm that just disrupted every enemy’s nap and they want to make you pay for it.

That means you’ll die a lot in Elden Ring, but unlike a lot of video games, this doesn’t have to be frustrating. It’s actually one of the best parts of the game because so many deaths are downright hilarious. Here’s one that happened to me, for example.

I didn’t care that I had just failed to beat (or even damage) a boss, and it’s because I was cackling. That’s the kind of game Elden Ring can be, if you let it.

But don’t just take it from me. Twitter has been abuzz with gut-busting death clips since the game’s launch. Here are some of the best out there, including a dog that you very much should not try to pet.

This next one is an example of how sometimes the funniest deaths don’t even happen to the player. Here’s an enemy who got a little overzealous when trying to track down a player who attacked him.

One of Elden Ring‘s many innovations is a dedicated jump button, which most of its predecessors didn’t have. That means sometimes you’ll have to jump from rooftop to rooftop in pursuit of treasure. Just make sure there aren’t angry birds roaming the skies when you do that.

Last but not least, here’s a clip demonstrating that the laws of physics don’t always apply in Elden Ring. A sufficiently pissed off giant can ignore all known laws of matter to annihilate you from existence if he wants.

There are so many more clips like this floating around on every social network. If you want to see more, the Highlight Reel YouTube channel will be a great repository for hilarious Elden Ring deaths each week, at least for the foreseeable future.

That’s the magic of Elden Ring, folks. High-level play is fun to watch in its own right, but not anywhere near as fun to watch as someone falling on their face while trying to escape from a furious dragon.