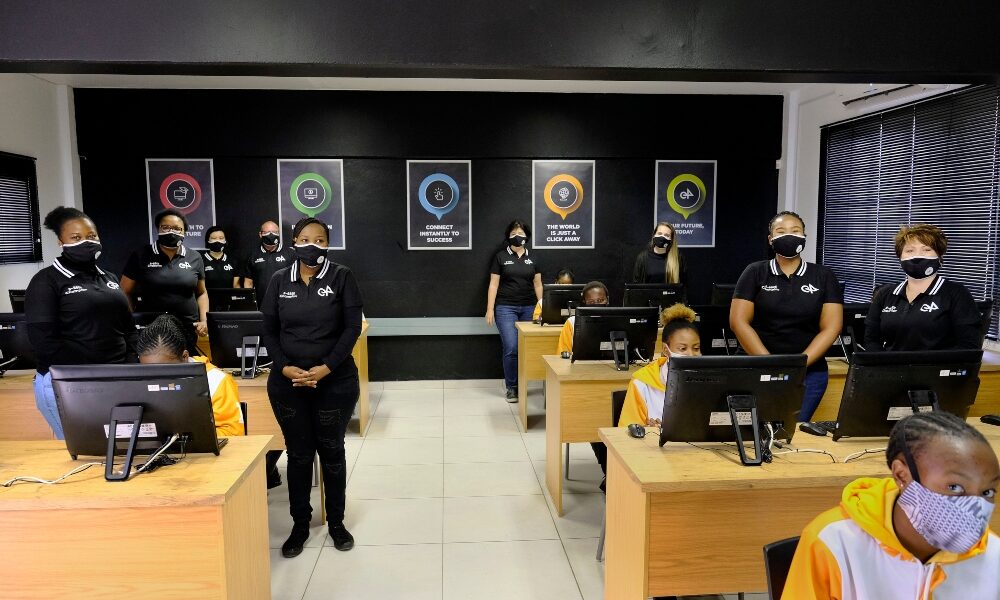 Fintech specialist e4 has announced its ‘Girls in STEM’ programme to provide girls in underprivileged areas with the support they need to pursue careers in science, technology, engineering and mathematics (STEM) post matric.

Cognisant of the gender imbalance present in the science and technology industries worldwide, and particularly in sub-Saharan Africa, e4 approached Melisizwe Computer Lab Project, a non-profit that provides schools in need with computer labs and IT skills training, for help with this initiative, with the end goal of uplifting underprivileged female youth and addressing the shortage of female participants in STEM careers.

The programme – in alignment with e4’s resolve to improve the living standards of communities that were previously marginalised and upskill South Africa’s youth for the digital age – aims to bring much-needed resources to society’s most vulnerable and marginalised group – young, previously disadvantaged females.

Ntombi Mphokane, e4’s HR and Transformation Executive, is passionate about getting girls into technology. “With the rise of tech in today’s society, it is crucial that we invest more into STEM education for girls to be able to pursue a sustainable and meaningful career path.”

With the digital age upon us and technology ever changing, Mphokane says that people are being left behind due to a lack of access to computers and associated skills. Many students have no access to computers and matriculate without knowing how to use a computer or how to type out a CV and apply for employment.  “That is an issue that will only grow in time if not addressed now.”

Officially launched in August, Women’s Month, Girls in STEM is an after-school programme designed to peak girl learners’ interests and motivate them to take up STEM subjects in Grade 10.

It introduces female learners to STEM concepts in Grade 9, the crucial year before maths and science are dropped by girls as they are viewed by many as boys’ subjects.

This misconception can be attributed to a lack of support from parents and teachers, minimal exposure to the different careers women can enter with STEM subjects, a lack of female role models in these spheres and an unawareness of the ability of technology to transform systems and lives.

The programme is currently recruiting girls from two different schools in Gauteng that Melisizwe Computer Lab Project has previously worked with. Girls are selected based on their attitude and aptitude and given technical training in science, maths, engineering, end-user computing, software development and robotics.

Integral to the success of the programme is the mentorship offered by e4 personnel and other passionate women in the STEM industry, and the assistance given with personal development.

The programme will run from Grade 9 until the year after matric, whereafter the aim is that girls take up careers or further education in STEM.

As someone who excels in building value-adding initiatives from the ground up, Mphokane is instrumental in developing e4’s strategy to look at moving girls from school into opportunities that will lead to employment, either within the e4 ecosystem or in other technology organisations.

She says: “We are committed to addressing the digital gender divide and developing the next generation of young women leaders as the driving force behind digital innovation.”

According to Candice Kern-Thomas, founder and director of Melisizwe Computer Lab Project, partnerships such as this are imperative to change the status quo. “With youth unemployment at record highs and black females being the most vulnerable, we have to start investing in the right initiatives that have an actual measurable impact. We need more corporates to invest in the future of the youth, particularly in townships and rural communities, so the cycle of poverty can be alleviated.”