What makes this deal so especially fantastic, you may ask? Here are five (count ’em, five) reasons:

So, yeah. You simply love to see it.

Just as a quick recap, the 12.9-inch iPad Pro is a May 2021 release topped off with a stunning new Liquid Retina XDR display featuring mini-LED technology. (The colors on its screen “are a lot deeper and more punchy” compared to the previous model from 2018, said Mashable tech reporter Brenda Stolyar — a big draw for creatives who need a photo- and video-editing machine.) Other highlights include an improved camera system with Center Stage, a digital zooming tool, and an M1 chip to round it all out with some decent speed.

FWIW, there’s a greater-than-zero chance that this tablet sells out at some point soon — not just because of Walmart’s amazing deal, but because that pesky global chip shortage is still very much a thing. Hit the link below to order one while you still can. 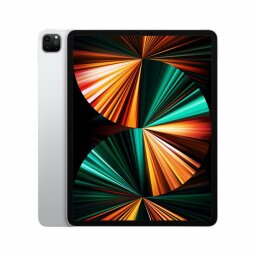