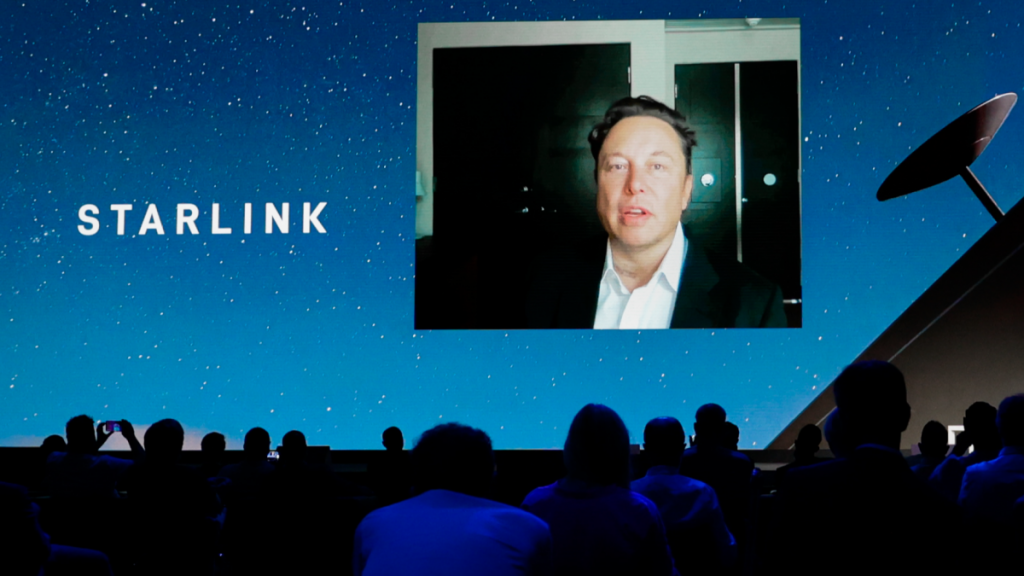 Elon Musk said his satellite internet venture Starlink now has more than 1,500 active satellites in orbit above Earth. He also claimed that by next month, service will encompass the entire globe, minus the poles.

Musk shared the news Tuesday during an interview at Mobile World Congress, touting Starlink’s ability to reach individuals who don’t have access to decent or affordable internet connections in remote areas.

“It’s really meant for sparsely populated areas,” he said, noting that Starlink will have to limit users in areas with denser populations.

“We recently passed the strategically notable number of 69,420 active users,” Musk said, smiling at his reference to both the sex number and the weed number. “We’re, I think, on our way to have a few hundred thousand users, possibly over 500,000 users within 12 months.”

Next year, the company will start launching version two of its satellite, which Musk described as “significantly more capable” without sharing more details.

Starlink satellites can be seen with the naked eye at night, appearing like a string of lights. While that could be a cool sight for a Starlink user or just fans of orbital infrastructure, it can be frustrating for astronomers both amateur and professional.

Astronomer Samantha Lawler told Gizmodo last week that Starlink constellations will get in the way of observing an object 50 to 230 miles wide that’s currently hurtling through our solar system. It’s just an icy mass now, but if the sun heats it up enough, it could be the biggest comet ever detected.

“Depressingly, we know now that the Vera Rubin Telescope is going to be severely hampered by megaconstellations of satellites like Starlink, so we might not get as much information on this new object as we hoped, and we might miss discovering many more of them due to light pollution by satellites,” she said.

Starlink has plans to launch as many as 30,000 more satellites.