CHONGQING, China, April 27, 2022 /PRNewswire/ — In the southwestern Chinese city of Chongqing, a grand charity campaign has been launched to attract donations for charitable rural revitalization projects. As a partner, the Tencent Charity Foundation, established by Chinese Internet company Tencent (0700.HK), is setting aside 50 million yuan ($7.6 million) for gift matching to amplify netizen’s donations.

From April 27 to 29,2022, Chinese netizens can join the campaign by tapping the “Tencent Charity” mini program on the WeChat social media platform. Every donation that is at least 1 yuan could be matched by Tencent. In addition, the public can also invite their friends to join hands with them to support the campaign in many different forms, including online donations, charity quizzes and Tencent’s ongoing Little Red flower online charity game.

Chongqing ranks in the top ten among all Chinese cities for philanthropy, according to public records. This was reflected two years ago during Tencent’s annual 99 Giving Day campaign, when Chongqing residents donated 328 million yuan to charity with 11.86 million donations. Both the amount and number of donations ranked first among Chinese cities.

The Tencent Charity Foundation is the first charity foundation established by an Internet enterprise in China. As one of the first Internet charity information platforms approved by the China’s Ministry of Civil Affairs, the Tencent Charity Foundation initiated the 99 Giving Day annual campaign in September 2015 and has grown the project into one of China’s most influential charitable events. 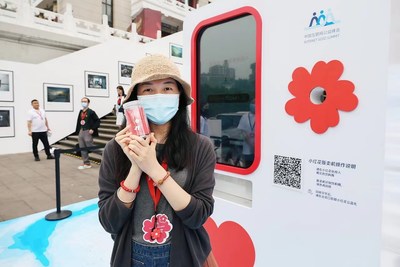 New ideas were introduced to encourage the public to give. For example, in cooperation with Tencent, the Chongqing campaign organizer launched an interactive program on WeChat designed to make donating fun by referencing Chongqing’s most famous food, hot pot. Donors are presented pictures of some popular hot pot dishes. After picking their favorite, a donation equal to the dish’s price tag is donated to support rural revitalization projects.

Tencent has been actively involved in using internet technology to transform the charity and philanthropy sector in China. With the help of internet technology, not only has the sector’s infrastructure been strengthened, but also more Chinese people have been exposed to the mindset that “everyone can do philanthropy.”

Facing the future, the question of how to build a sustainable model to maintain long-lasting public participation in philanthropy will become a new topic for the Chinese philanthropy sector.