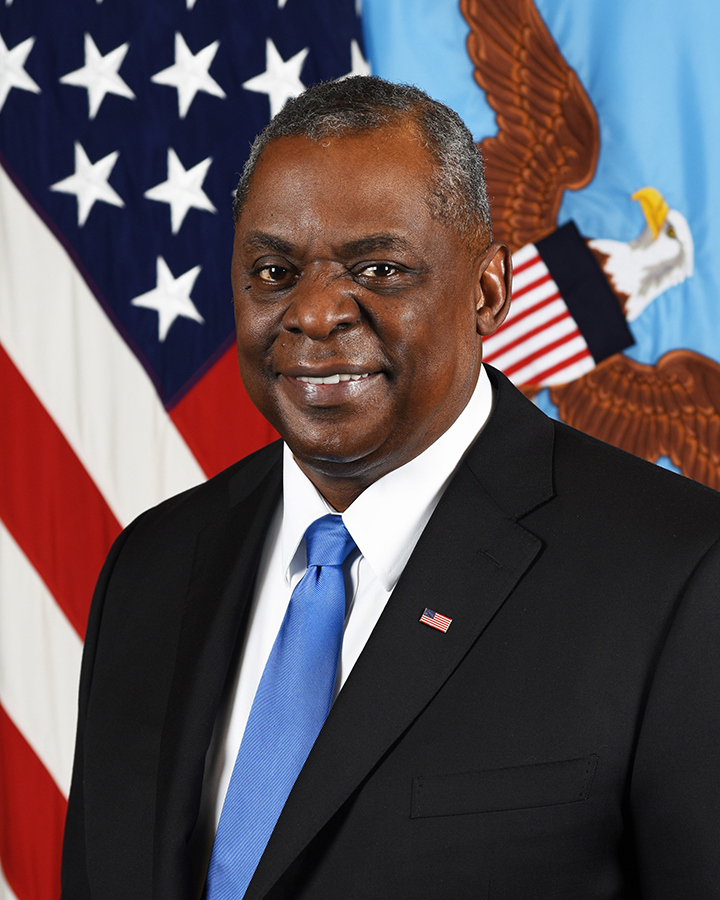 Saturday evening’s ceremony will feature students from the College of Social Sciences, Arts and Humanities. Austin, the first African American to head the Defense Department, will also officiate at the commissioning ceremony for 17 officers, members of FAMU’s largest Reserve Officer Training Corps (ROTC) graduating class for a single semester in three decades.

“Florida A&M University is honored to have Secretary Austin address our graduates. His life and career have been an inspiration to us all. He is part of an impressive lineup of speakers who have agreed to celebrate our graduates with us,” said President Larry Robinson, Ph.D., referring to the other speakers – former state Senator Arthenia Joyner, Florida Board of Governors Vice Chair Brian Lamb and media entrepreneur Keith Clinkscales. “Commencement is an important ritual in the life of our University. We are delighted to host in-person ceremonies again and urge all attendees and participants to adhere to health guidelines to ensure a safe commencement season.”

Austin, who grew up in Thomasville, Georgia, will headline a group of four speakers for the University’s first in person commencement ceremonies since the outbreak of the coronavirus pandemic. More than 1,000 students have applied for spring graduation.

A native of Mobile, Alabama, Austin retired in 2016 as a four-star Army general after 41 years in uniform. On January 22, 2021, he was sworn in as the 28th secretary of defense.

His four-decade Army career included command at the corps, division, battalion, and brigade levels. Austin was awarded the Silver Star for his leadership of the Army’s 3rd Infantry Division during the invasion of Iraq in 2003. In 2010, he became commanding general of U.S. Forces – Iraq, overseeing all combat operations in the country.

After a tour as the Army’s vice chief of staff, Austin concluded his uniformed service as the commander of U.S. Central Command, responsible for all military operations in the Middle East and Afghanistan. In this assignment, he led U.S. and coalition efforts to battle ISIS in Iraq and Syria.

Austin graduated from the United States Military Academy with a Bachelor of Science degree and a commission in the infantry. He holds a master’s in counselor education from Auburn University, and a master’s in business management from Webster University. He is also a graduate of the Infantry Officer Basic and Advanced courses, the Army Command and General Staff College, and the Army War College.

Commencement ceremonies kick off at 6:30 p.m. Friday, April 23 when former state Senator Joyner will address graduates from the School of Allied Health Sciences, School of Environment and the College of Education. Joyner, who received her bachelor’s and law degrees from FAMU, represented Tampa in the Florida Senate for a decade.

At 9:30 a.m. Saturday, April 24, Board of Governors Vice Chair Brian Lamb will address students graduating from the College of Pharmacy and Pharmaceutical Sciences, Institute of Public Health and the School of Business and Industry. Lamb, who earned bachelor’s and master’s degrees from the University of South Florida, is the global head of Diversity & Inclusion at JPMorgan Chase & Co.

Since founding TSL, a sports and culture website, Clinkscales was CEO of Revolt Media & TV, a company founded by Sean Combs. He was also an ESPN executive.

Commencement ceremonies will be held at Bragg Memorial Stadium. In the event of inclement weather, they may be moved to the Al Lawson Jr. Multipurpose Center or the Gaither Gymnasium. Each graduating student is allowed up to four guests for the ticketed events.

The University will adhere to all Centers for Disease Control and Prevention and Board of Governors guidelines during commencement ceremonies to ensure the health and safety of all participants. The FAMU College of Law will hold its commencement ceremony at 9 a.m. Monday, May 10 in Orlando.

For more information, visit the Commencement website at www.famu.edu/commencement.