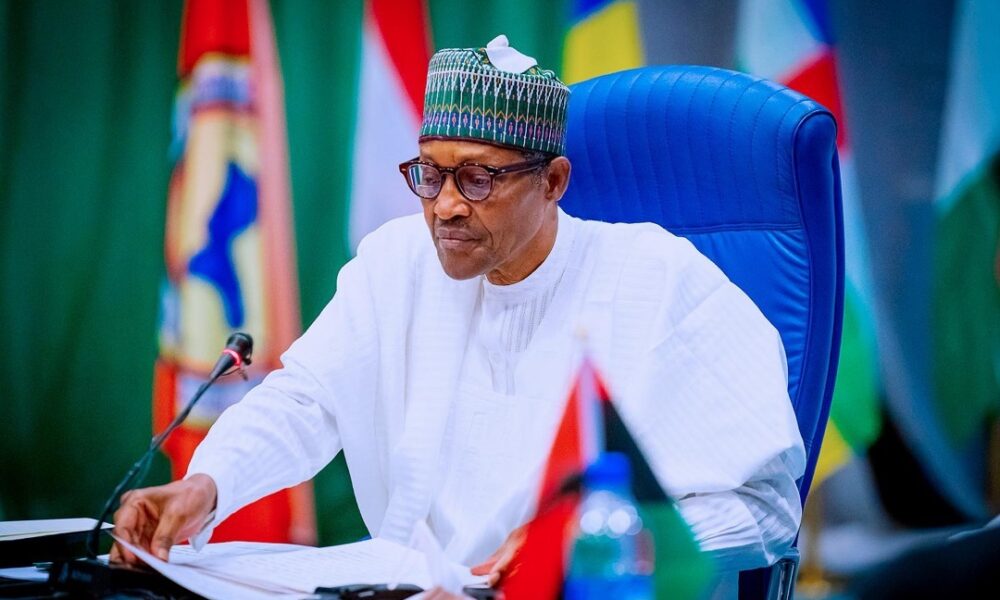 The federal government has ordered that the ban on Twitter’s operation in Nigeria should be lifted.

President Muhammadu Buhari made the disclosure in his October 1 independence anniversary speech on Friday morning.

The president, however, said the lifting of the ban is based on Twitter meeting the conditions set by the Presidential Committee (and its Technical Team) over which they engaged with the microblogging site.

Recall, Nigeria’s authority had officially banned Twitter’s indefinitely, thereby restricting it from operating in the country after the social media platform deleted tweets made by President Buhari, warning the IPOB that they “will be treated in the language they understand”.

Fielding questions from the press at the State House after Wednesday’s FEC meeting, the minister of Information and Culture, Lal Mohammed, updated Nigerians on the issue saying that progress has been made in resolving the stalemate following series of meetings.

President Buhari’s tweet read:  “Many of those misbehaving today are too young to be aware of the destruction and loss of lives that occurred during the Nigerian Civil War.

“Those of us in the fields for 30 months, who went through the war, will treat them in the language they understand.”

Few months after Nigeria’s authority placed the ban on the microblogging site that the government disclosed that it was getting to the point of lifting the Twitter suspension, social networking platform.

The Information and Culture Minister, Lai Mohammed, explained that Twitter has acceded to seven out of ten demands put forward by the government before the social media giant could continue its operation in Nigeria.

Mohammed made this known in Washington DC during his on-going engagement with various global media outlets, global think tanks, and influencers.

During his respective interaction with Reuters, Washington Post and Bloomberg Quicktake, a live streaming news service, the minister said there is an end in sight of amicable settlement of the ban.

He said: “We believe that even the other three outstanding demands, are not really about whether they agreed or not but about timing and scheduling. That is what gave me the confidence that we are getting nearer to an agreement.’’

The minister said, among the demands made from twitter was for the platform to register as a Nigerian company, pay taxes from revenue made from the country and ensure that harmful contents are regulated.

According to him, “As recently as last week, we exchange correspondent with twitter, and when I left home a few days ago, we are expecting a reply from them.

“It is rather, more left with twitter to respond to grey areas that we asked them to look into. We are not inflexible in our negotiation with twitter because we recognise both the positive and negative aspects of the social media.’’