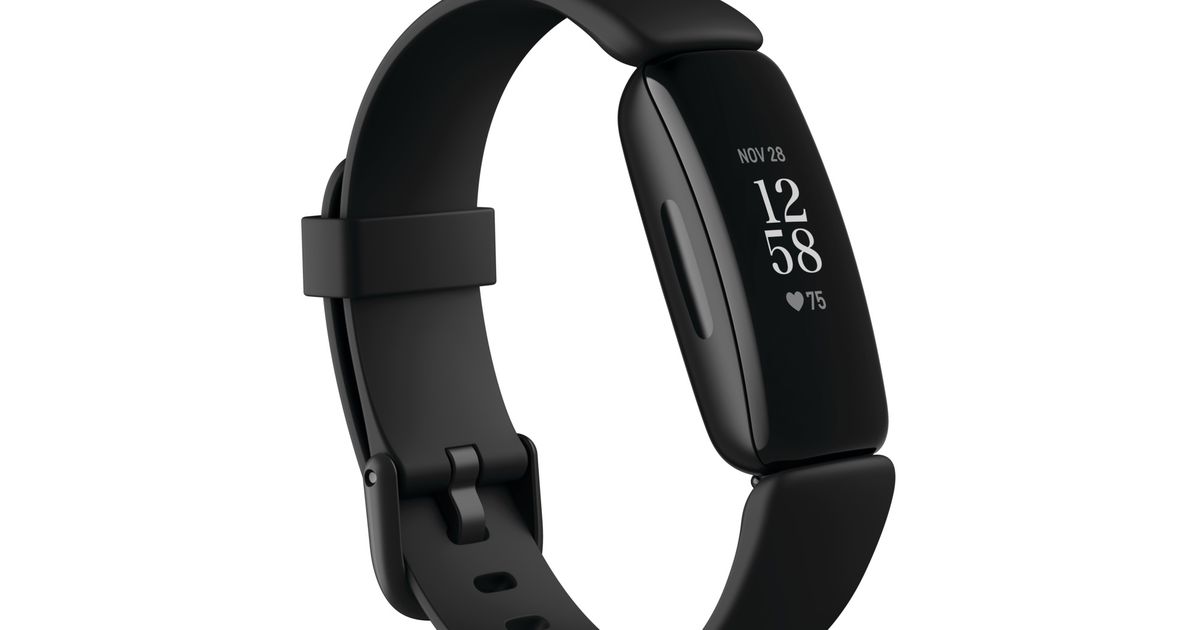 I’ve tried more than my fair share of tools to keep active during the pandemic.

A short list of things and activities I’ve given a whirl: a Whoop fitness tracker, a DIY Peloton, a real Peloton, a Gatorade sweat patch, Soul Cycle’s at-home bike, countless walks, and a half-marathon ran entirely in a small backyard.

Some fitness products, like the Peloton, have stuck while others, like the Whoop, have not. The TL;DR of my Whoop thoughts: It was very cool but too complex for me and most average users. I wanted something pared down and basic, which would provide me benchmarks for daily activity without being overwhelming.

The Inspire 2 is exactly what I want out of a fitness tracker and might be a great option for the average fitness enthusiast.

Through a company wellness program I got one for no cost to me and it ended up being perfect for my needs. I’ll break down why.

With the Fitbit Inspire 2, simplicity is key

If you’re an athlete in serious training, Whoop or a similar product, is probably for you. There’s a reason Michael Phelps and LeBron James have used it. Needless to say, I am decidedly neither Michael Phelps nor LeBron James, although I did have a less-than-mediocre Division III soccer career.

My wishlist for a fitness tracker was simple. It needed to:

The Inspire 2 gave me all of that. Getting the device attached via Bluetooth was a cinch and, after entering a few basic details like weight and height, I was off and running. So what did that look like?

Fitbit made its bones as a step tracker. And yes, it still does that, even if it might be a somewhat arbitrary fitness benchmark. I don’t treat step counts as the alpha and omega of daily fitness, but I find the neat 10,000-step goal as a solid benchmark to help me get off my ass while I’m working at home in a pandemic. There’s something to working on the couch and realizing oh wow, I’ve only walked 2,500 steps all day. It makes you get up.

I like step counts, but I know it’s not for everyone. The app also easily tracks your workouts and gives a simple readout on active minutes. The “zone minutes” function tells you how many minutes were spent in a fat-burn cardio state and how many were in at the peak of your cardio output. If you’ve ever taken an Orangetheory Fitness class, the concept would be familiar. Long story short, zone minutes are a tidy metric to gauge about how hard you worked out and how that changed over time. I’ve found that the zone minutes generally track with how hard I felt my workout was.

And as a rule, I like receiving a simple number to use as a benchmark. And I think most normal folks would feel the same. None of these trackers are perfect. For instance, a study found that no fitness tracker had an error rate of less than 20 percent in calculating calories burned. So, I prefer to use the tracker as a tool to provide baseline measurements day-to-day and not as a precise measurement.

Over time, you get a nice a picture of your activity but it’s not something I like to obsess over minute-to-minute or day-to-day. Here are three screenshots of my activity tracker in the Fitbit app from the day I wrote this article. It automatically categorized a morning Peloton ride as an “intense activity,” tracked my zone minutes, and added it to the page comparing days throughout the week. I could also zoom in on hour-by-hour activity levels for any given day.

I didn’t want the anxiety of reminders to stand, urges to close your circles, or even in-depth data about my breathing. I wanted something to glance at and get a quick summary.

I can look down and see my calorie output and compare it with past days and weeks to get a rough outline of how much I am moving about in a day. I don’t take the data as gospel, but it is nice to have as a reminder to keep me going.

If Whoop is a detailed PowerPoint presentation, Fitbit is one-paragraph email that neatly summarizes the entire meeting.

Also, if it interests you, the Inspire 2 can track sleep. It keeps tabs on your total sleep, how often you wake, and spits out a sleep score that rates how well you slept. It worked well but found that didn’t interest me, since I already knew I didn’t sleep well.

I don’t want a fitness tracker that stands out. Brightly colored watch bands or expensive-looking trackers are not my vibe. I have a simple Inspire 2 with a black band. It’s skinny and hardly noticeable, which is fine by me. If you wanted to zhuzh it up, you could add a colorful band. But let’s be real, this thing isn’t turning heads. To me that’s perfect.

The display, meanwhile, is customizable, which I like because I chose a home screen that shows the time, steps, heart rate, calories burned, and distance walked in one-fell swoop. I can glance and go, or swipe through pages to see things like my standing hours and zone minutes.

It looks fine. It looks simple. I couldn’t ask for anything more.

The Inspire 2 is pretty cheap at $99. If you so desire — I did not — it also comes with a 12-month free trial of Fitbit Premium, which promises one-on-one health guidance and more detailed stats like oxygen saturation. Premium normally costs $9.99 per month.

For comparison’s sake Whoop, which gives you a tracker free with a membership, will run you $30 per month. A new Apple Watch, which, granted, is much more than a fitness tracker, costs anywhere from $200 to $400 depending on the model. A Garmin tracker costs roughly the same or less than a similar-style Fitbit, depending on which model you chose.

The Fitbit app is wonderfully straightforward

Any fitness tracker has an app you’ve got to trawl through. Whoop’s had so much going on it was borderline impossible to navigate. Apple Watches have the benefit of being plugged into Apple’s stylish ecosystem.

The Fitbit app, meanwhile, is like a Toyota Camry: It won’t turn heads but it’ll reliably get you where you need to go. Pop it open and it gives you a basic readout on your zone minutes, calories, etc. Click any of these metrics and you see more detail. Scroll down and you see your sleep data, heart rate, steps-per-hour, and other pertinent info.

I’ve been shedding a few extra pounds so my weight progress also comes up on my homepage. I can click in and see how it has fluctuated over time. Scroll a bit further and my homepage shows food intake. Fitbit has an option to use what amounts to a MyFitnessPal clone inside its app. You can search for foods in its index or manually enter what you’ve eaten to keep track of calories and nutritional data.

My personal experience with Fitbit’s calorie tracker has been great. I feel healthier taking off some weight and the tracker has not led to me cutting out foods, but rather eating more intuitively. I’ve made it a point to not get upset if some days I am in a calorie surplus. Shit happens. Essentially I’ve tried to remove tracking my food from diet culture and instead used it to keep myself educated on my food choices. For folks that it would help, the tracker is there and is quite easy to use.

I’d argue the Fitbit Inspire 2, without the bells and whistles of Premium, has everything your average fitness enthusiast needs. You can see how hard your heart pumps, how hard you worked out, how much you moved around, how you slept, and how much energy you’ve burned. And you can view it all simply, at a glance, either on your wrist or on a simple app.

But some people want every last data point imaginable. If you want endless reams of data, the Inspire 2 likely isn’t your thing. Or perhaps you’d want to upgrade to Premium. Although to be fair, look at all the data I’ve listed in this article and it’s clear Fitbit is way more than a step tracker.

The biggest downside of the Inspire 2, in my mind, is the dreaded Fitbit rash. When I first got the band, I wore it to bed and sometimes in the shower, and I likely wore it too tight. Over time, an irritation rash formed on my wrist. I am far from alone in that experience. I started making sure I took it off in the shower and stopped wearing it to bed. I also began wearing the band looser most of the day and tightening it only for workouts. Since then, no rash. But any user should be aware that you’ve got to keep an eye out for irritation from the rubber band.

I love the Fitbit Inspire 2. Both the band and app are simple. It gives you easy to understand data with benchmarks to compare over time. It has everything an average person could want.

If you like to workout, but you’re not looking to break any records, I’d recommend it to you in a heartbeat.