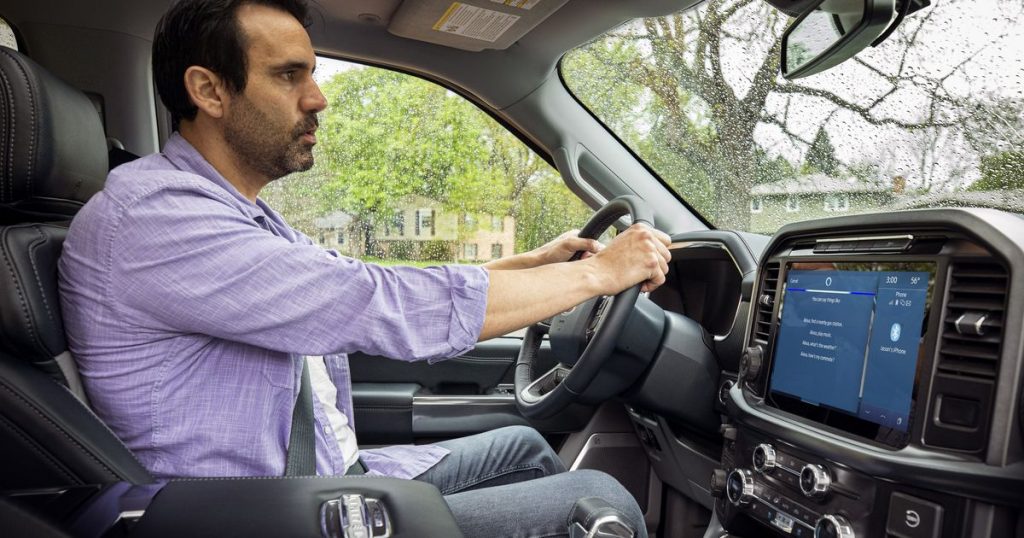 On Thursday, the Michigan-based company announced that Amazon’s Alexa digital assistant would be built into future Ford cars. It’ll be available in all cars, not just those with premium packages. The first three years of the voice system will be free.

Ford expects to have Alexa available in at least 700,000 cars in the U.S. and Canada by the end of this year. Eventually millions of Ford vehicles will come with it as a standard feature.

With Alexa baked into Ford infotainment screens, users will be able to access Amazon and Alexa features the same way they do at home with products like the Echo Dot. You won’t have to push a button to activate Alexa. Instead you can just say the wake word, “Alexa,” and then ask for assistance.

You can use it for help with tasks inside and outside the car. So while you can deploy Alexa to play music for your ride or look up the nearest charging station, you can also ask the voice assistant to add something to your shopping list or turn on the (smart) lights in the garage back at home.

When you’re out of the car, you can use Alexa on your smartphone to look up information about the car, like how much battery charge is left, or even start it remotely so it’s warmed up before your trip.

Taking a page from Tesla’s playbook, Ford will also enable over-the-air (OTA) updates to add new features to cars through its Ford Power-Up program. 100,000 cars received updates earlier this year, including the new electric Mustang and the 2021 F-150 truck. Later, more customers, including those with the upcoming F-150 Lightning and Ford’s revamped Bronco, will also have access to wireless updates. Ford expects to produce 33 million vehicles with Power-Up updates by 2028.

Ford’s hands-free driving assistance system, BlueCruise, will be one of the future updates later this year for those with subscriptions. Another new feature that’ll be downloaded into cars is Sketch, which turns the center touchscreen into a notepad for quick drawings, notes, games, and calculations.

During a press briefing this week a Ford exec sounded a lot like Tesla CEO Elon Musk when talking about OTA updates: “Vehicles used to just get older,” he quipped. “Now Fords will get better over time.”