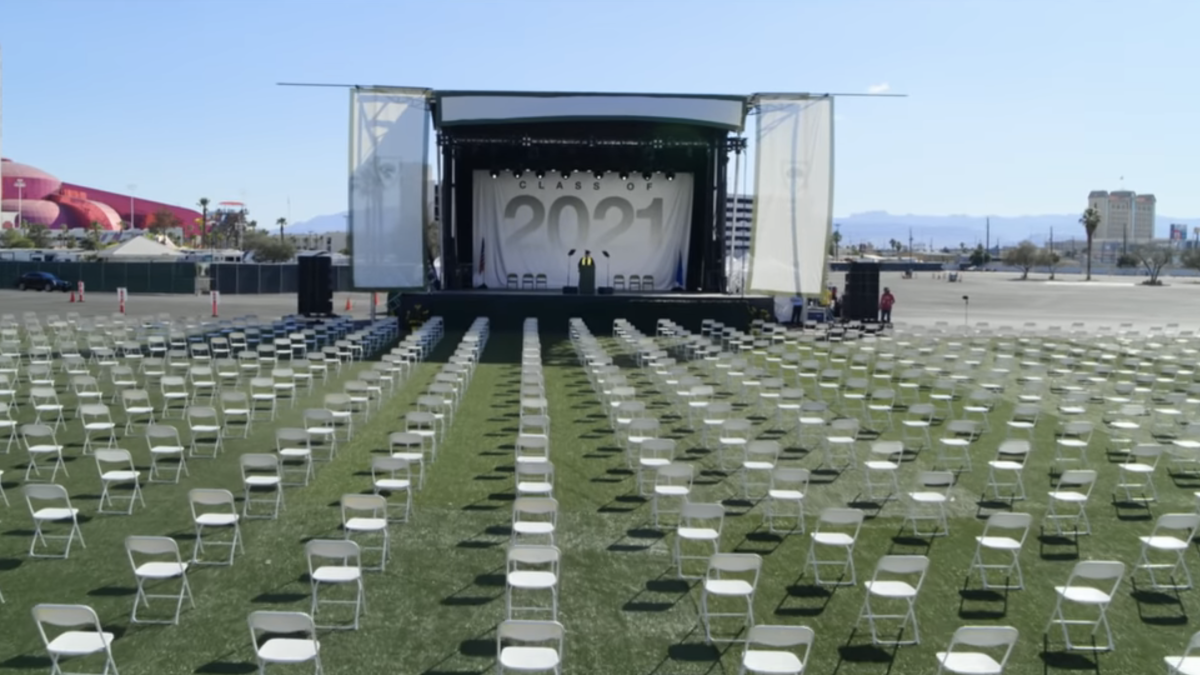 Gun control nonprofit Change the Ref has tricked former NRA president David Keene into giving a commencement speech at a fake high school graduation — one held for the students who would be attending their own this year if gun violence hadn’t killed them. It’s a striking image.

“There are some who’ll continue to fight to gut the Second Amendment, but I’d be willing to bet that many of you will be among those who stand up and prevent them from succeeding,” Keene told a field of empty chairs representing the dead children.

Activists and families of gun violence victims protest with 7,000 shoes on Congress’ doorstep

“I’m sure all of you will have a very bright future ahead,” Lott told the vacant seats.

Of course, the reality for these students is much less rosy than Lott and Keen proclaimed, and will continue be so for many more children unless laws are changed.

Hundreds of children are killed by guns every year, and have been for over a decade. Change the Ref claims that “firearms are the leading cause of death for children and teens in America,” though the New England Journal of Medicine found guns to be the second leading cause after motor vehicle accidents.

Change the Ref also claims that 3044 children and adolescents who would have graduated high school in 2021 were killed with guns before they could do so, and has launched a Change.org petition campaigning for universal background checks for gun sales. Mashable has reached out for comment, and for more detail on how it came to that number.

No matter the precise numbers, there’s no denying that guns kill thousands of people in the U.S. every year. In 2019, 3.96 gun deaths per 100,000 people were recorded — over eight times Canada’s rate and almost 100 times the rate in the UK, giving the U.S. the dubious distinction of having the 32nd highest rate of death by gun violence in the world.