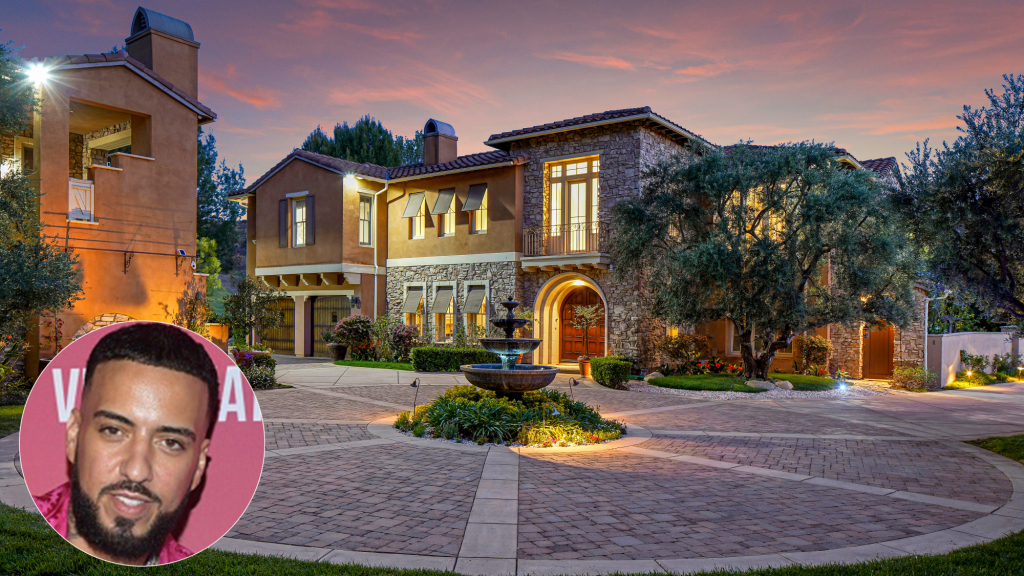 It’s up for grabs at just shy of $5 million.

Completed in 2004, the 8,618-square-foot Mediterranean-style spread in super-exclusive Mureau Estates sold to Montana in 2014 for $3.3 million, property records show.

He put the property, which features a main residence and a guest house, on the market in January 2020 for $6.599 million. The price has dropped a few times since.

Features of the main house include five bedrooms, six bathrooms and a state-of-the-art recording studio.

A soaring entry hall in the main house opens to a floorplan with floor-to-ceiling windows, stone tile floors and five fireplaces.

Top-of-the-line appliances outfit the large kitchen, which features a breakfast nook area and opens to the family room.

The home has a two-story dining room. Other perks include a built-in bar, wine cellar and a theater.

A pool and spa, dining cabana with outdoor kitchen and a brick pizza oven complete the resort-style backyard.

Jason Oppenheim and Mary Fitzgerald at The Oppenheim Group and stars of Netflix’s “Selling Sunset” share the listing, which first reported by the Los Angeles Times. The property’s current and previous ownership was independently confirmed by the Southern California News Group.

French Montana is the stage name of Karim Kharbouch, 36. When he was 13, his family immigrated to the United States from Morocco. They settled in New York’s tough South Bronx neighborhood where Kharbouch, now a U.S. citizen, issued his “Cocaine City” DVD series and his own mixtapes.

By the early 2010s, he found mainstream success thanks to his high-profile collaborations and hit singles like “Unforgettable” from his 2017 sophomore release, “Jungle Rules.”