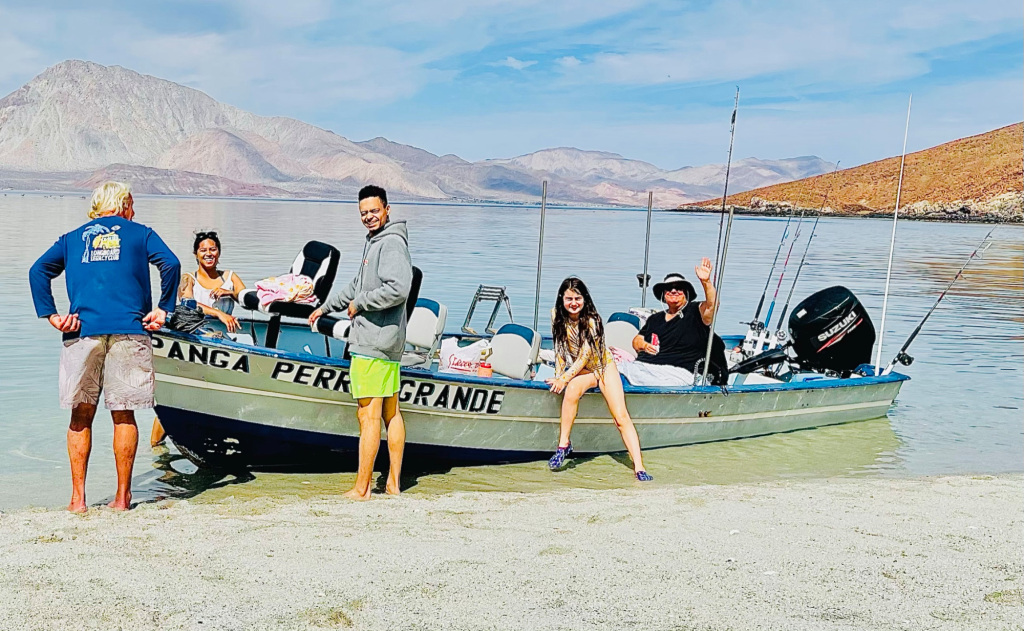 Frumpy Middle-aged Mom: So here’s what happened in Baja

So I’m here today to talk to you about travel. Some of you may not remember this concept, because you’ve been hiding in your house for a year like Boo Radley in “To Kill A Mockingbird.” (Yes, I know, I mentioned him last week, but get over it. It’s my favorite new analogy.)

Anyway, it’s time to emerge and get some color. You’re starting to look like Casper the Friendly Ghost. I recently went to Baja and came back with a tan.

Some of you may recall that I was supposed to go to Guatemala,  but the dastardly airline Volaris canceled our flights at the last minute, and left us with a week off and nowhere to go. Do not fly this airline. They still haven’t given me back my money, either.

Naturally, I could not possibly stay home and do chores, no matter how badly my house looks, so I had to hurriedly devise another plan, which was to drive down to Baja California with Cheetah Boy, his girlfriend and a couple of friends. Anything involving margaritas is OK with me.

Some of you in the know may say, “But the border with Mexico is closed. How did you cross it?” Well, no one seems to have told the Mexican customs officials, because they did not care. (We’re all vaccinated and no one’s sick, so don’t yell at me.) We went down there to mooch off my friend Steve, a guy from Orange County who retired in this magical hamlet called Bahia de Los Angeles.

Oh, wait, I take that back. It’s not magical. Don’t ever go there. It’s a long, grueling drive and there’s no airport (just a landing strip).

There’s no car rental, no disco, no postcards, no luxury resorts, no Jetskis, no Thai restaurants, no craft breweries, no sea walk, no kiosks with toy guitars and blankets for sale, no carts trundling down the beach with cocktails, no daybeds, no day spas, no vendors on the sand, no pool umbrellas, no ATM, no bank, no liquor stores, no bikini shops and only a couple of places to eat. One paved road. The rest are dirt. Your car will get filthy.

It has almost nothing that you’d expect from a Mexican resort town. You definitely do not want to go there.

Luckily for nature lovers, there’s not enough fresh water in this town for Fonatur, the Mexican government agency responsible for developing such tourist delights as Cancun and Cabo San Lucas, to be able to develop a massive resort there. Even though they yearned to build one. So, for now at least, it’s still a tiny outpost of beauty in the middle of nowhere. You’d hate it. Stay away.

Some of you may have seen my friend Steve’s animals if you remember Irvine’s defunct Lion Country Safari, because he was the head keeper there. Nowadays, retired, he makes do with two Great Danes the size of the Budweiser Clydesdales , and a new aviary he built in his house that he’s stocked with domesticated caged birds. He has several quail that I’m pretty sure were raised to be someone’s dinner, but, instead, he feeds them, though they do give him eggs in return.

Luckily, we were able to mooch off Steve at the house he built on the beach in front of the Sea of Cortez. He was even nice enough to move a bed into the living room, since I’m too gimpy to climb the stairs to the guest bedroom. So I got to watch the sunrise from my bed every morning. Unlike the rest of us, Steve sleeps in front of his house on the beach nearly every night, which is something most of us can only dream about.

For reasons known only to the Almighty, several gray whales who should be on the the Pacific Ocean side of Baja, getting ready to swim back up to Alaska, were instead in this bay, obviously having followed the directions on their Apple Maps. So my handsome son hauled my gimpy carcass into Steve’s boat, and he motored us over to the cove where they’ve been loitering, eating plankton, accidentally stunning small fish and sending all the local seabirds into a feeding frenzy that looked like a scene from Alfred Hitchcock’s “The Birds.”

The whales didn’t seem to mind us, so we just sat enraptured for hours, watching them on the glassy sea. At one point, they swam over to check us out. But they must have decided we were harmless, because they went back to breakfast, which for whales consists of massive gulps of plankton mixed with seawater.

I’ve been whale watching many times in Baja, because I’m an obsessed weirdo, but this one was unforgettable. In fact, it was hard to leave Steve’s house to come home, but we stopped in San Felipe on the way home. This is a town more geared to tourists, and full of everything you need, including a cart on the beach that sells piña coladas inside a hollowed-out pineapple. That’s living, my friend.

So go to San Felipe. They have resorts there. And paved roads. And even a 7-Eleven.