Below is POLITICO’s guide to political crises you can watch on TV while you try to avoid the crisis you’re living in. We’ve ranked every show in terms of how diversionary it is and its level of intensity (on a scale of 1 to 10, with 10 being the most diversionary and intense), as well as how much time it will take to binge.

The crisis: Followers of Bhagwan Shree Rajneesh, an Indian mystic, settle in rural Oregon, and a culture war erupts between the white, Christian small-town locals and the more diverse new arrivals. Within the Rajneeshpuram community, a power struggle results in the guru’s personal assistant becoming the de facto head of the colony, and she takes an increasingly aggressive approach to gaining political power—culminating in an assassination plot and an act of bioterrorism.

It’s that act of bioterrorism—which, without spoiling too much, involves an illness spread at a local restaurant, as well as on doorknobs at the county courthouse—that will prevent you from appreciating this documentary series as outright escapism. Instead, the show offers something better: a humane portrait of people across a cultural divide, in which protagonists and antagonists shift over time. You ultimately come away seeing every person involved as flawed, a mix of good and bad, even when spreading dangerous bacteria.

The crisis: Russia embarks on a velvet-glove invasion of Norway, the European Union stands down and the newly elected Norwegian premier must balance the interests of his country’s Russian overlords, a resurgent nationalist/independence movement and the progressive environmentalist voters who put him in power. Over time, those progressives get militant, tensions escalate and our idealistic prime minister becomes embroiled in some rather unsavory plots to drive out Russia , leaving viewers to wonder if he’s really the idealist he fancied himself to be.

There are certain obvious parallels here to our partisan moment. Less obvious, perhaps, is the show’s depiction of how an unimaginable catastrophe changes a nation’s political landscape and reorients the global political order—and how all of that has very real implications for the everyday lives of people seemingly totally disconnected from the corridors of power.

Diversionary rating: 5
Intensity rating: 9
Time to binge: 10-plus hours. (Personally, I think you’re best off watching only season 1, which is 10 hours, then skipping to some point in the last few seasons.)

The crisis: When an American POW is released and returns home, CIA agent Carrie Mathison is convinced he’s actually a sleeper terrorist agent hellbent on carrying out an attack that would kill some of America’s most prominent political leaders. Complicating this is Carrie’s struggle with bipolar disorder, which sometimes makes her see patterns and connections between things that are totally unrelated. Is there a real plot against America, is this all in her head, or is the truth somewhere in between?

Amid the Covid-19 pandemic, there’s something relatable about Carrie’s tendency to see the interconnectedness of all sorts of events. (Who among us hasn’t, at some point in the past few weeks, wondered if someone we saw at the store or on the street was secretly, maybe unknowingly, harboring a virus that could threaten American lives?)

The crisis: There are many, but briefly: After King Robert dies under suspicious circumstances, Westeros erupts into war as noble families rally their troops and jockey for power. Also, there’s a mysterious army of the undead rising in the north—a menace that those in power first deny, then ignore until it has grown into an existential threat.

At first glance, especially for those who didn’t partake in the cultural phenomenon during GoT’s eight-season run, this would seem totally escapist: dragons, warring noble families, an army of the undead and so on. But what it shows about power, idealism, honor, ambition, service and self-interest is fairly universal.

The crisis: A pair of Soviet spies are deep undercover in the 1980s Washington suburbs, where they’ve lived and worked for decades, raising a family of their own. Nobody—not their children, not their FBI agent neighbor—knows the truth. In episode 4, President Ronald Reagan is shot. The FBI works to see if his would-be assassin, John Hinckley, has any connection to the KGB. Our KGB agents, meanwhile, prepare for guerrilla war in D.C., staking out the homes of top Reagan administration officials.

In season after season, political crises blow up—sometimes contained; other times, not. One that’s notable at this moment in time: a season 4 plot line involving the weaponization of glanders, a contagious disease. The show avoids sensationalizing this. We see the toll this takes on a human body, and the isolation in which that body is forced to spend its final days.

The crisis: An aging, Rupert Murdoch-type tycoon named Logan Roy falls ill, and his children begin pondering life after dad. How the family manages all this has implications for a conservative cable-news channel, a polished-up Bernie Sanders-esque presidential contender and the Roy family itself, with its own history of corporate (and personal) misdeeds and coverups, which threaten to come to light in the most public and politically damaging ways.

With cruise ships figuring so heavily into both the real-life Covid-19 saga and the fictional scandal threatening Roy’s media company, Waystar/Royco, you might not be able to escape what we’re all living through right now. But you will, at least, get to enjoy the venal and hilariously mean-spirited characters inhabiting “Succession.” You might even get to see them held accountable for their actions—the surest sign this is not real life.

To be sure, this approach to quarantine binging isn’t for everyone. And there’s nothing wrong with trying to ensconce yourself in the comforts of shows like “Schitt’s Creek” or “The Good Place.” (Both great!) I get it.

Lately, I’ve been remembering a scene in “All That Heaven Allows,” Douglas Sirk’s 1955 technicolor masterpiece, in which we understand that Jane Wyman’s character, a lonely widow, is fully cut off from society. Her visage is seen reflected on a new TV set, a Christmas gift she couldn’t be less interested in, given to her by two adult children who couldn’t be less interested in her.

In the 1950s, that was presented as a bad thing—her isolation is complete, and the only people to keep her company are on the TV screen. But in 2020, with isolation and social distancing necessary to save lives and “flatten the curve” of coronavirus-related hospitalizations, it’s the right idea, at least for the time being.

“All you have to do is turn that dial, and you’ll have all the company you want—right there on the screen,” Wyman is told. “Drama, comedy; life’s parade at your fingertips.” 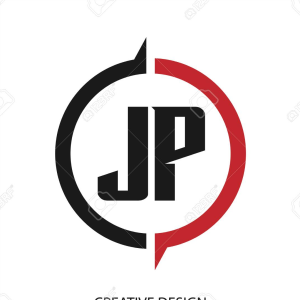 The officer who pinned George Floyd has been charged with third-degree murder. The former police officer who was seen on video using his knee to

Watch Joe Biden’s Remarks on the Death of George Floyd

Here is a transcript of Mr. Biden’s remarks. You know, I just had an opportunity to speak with the Floyd family, a group of them,

WASHINGTON — President Trump announced Friday that his administration would end almost all aspects of the American government’s special relationship with Hong Kong, including on

This article is part of the On Tech newsletter. You can sign up here to receive it weekdays. If I went back in time to