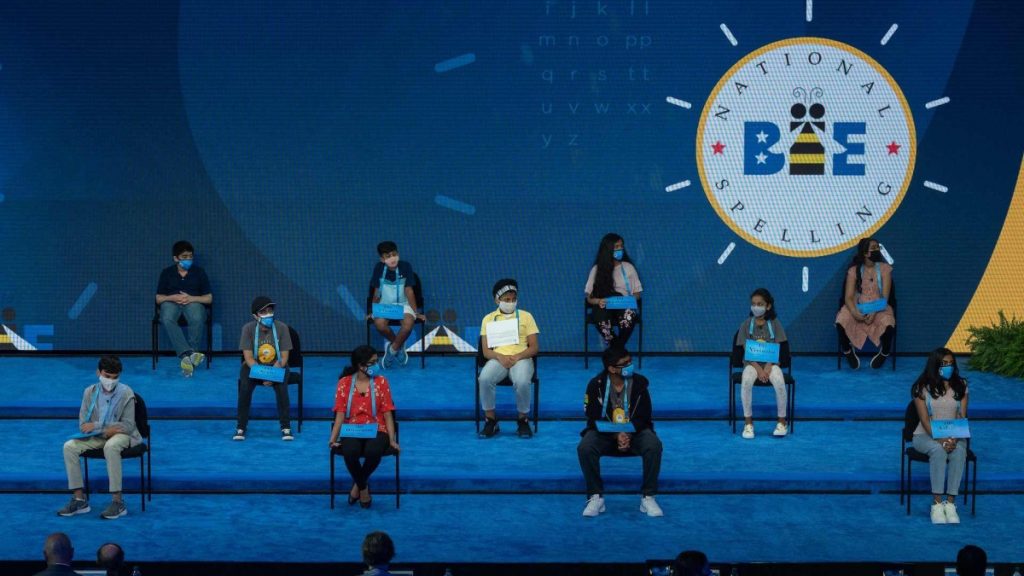 Here are the words from the 2021 National Spelling Bee. All of them are hard.

Competitive spelling is one of those magical skills I’m happy to watch others completely obliterate.

Zaila Avant-garde, 14, won this year’s Scripps National Spelling Bee on Thursday, becoming the first African American to win it since the first competition in 1925. She beat 209 talented young spellers, including 12-year-old runner up Chaitra Thummala, to take home the title, correctly spelling the word “murraya,” defined as “a genus of tropical Asiatic and Australian trees.”

In case you’re wondering how you would have fared against a group of super smart, determined, focused young spelling whizzes, here are some of the words from this year’s spelling bee. These are from rounds 12-18 (the really, really hard ones toward the end of the gruelling, long competition), some which saw competitors eliminated, and others which, correctly spelled, propelled them forward into the next round and eventually, to victory.

We’ve dropped the Merriam-Webster definitions beside them, to help if you’re testing your friends and family (National Spelling Bee competitors are allowed to ask for this, so your loved ones are, too).

murraya: a genus of tropical Asiatic and Australian trees

neroli oil: a fragrant pale yellow essential oil obtained from flowers chiefly of the sour orange and used especially in cologne and as a flavoring

Nepeta: Catmint, (any of a genus (Nepeta) of Old World temperate-zone herbs of the mint family)

haltere: one of a pair of club-shaped organs in a dipteran fly that are the modified second pair of wings and function as sensory flight stabilizers

athanor: a self-feeding digesting furnace that maintained a uniform and durable heat and was used by alchemists

depreter: a finish for a plastered wall made by pressing small stones in the soft plaster

consertal: of an igneous rock, of a texture in which the irregularly shaped crystals interlock

duchesse: a chaise longue with arms that was popular in 18th century France; or less commonly duchess, a fine lustrous rayon or silk satin for clothing; a very small cream puff with sweet or savory filling used as dessert or served with cocktails

ambystoma: capitalized: a genus (the type of the family Ambystomidae) of common salamanders confined to America and characterized by amphicoelous vertebrae, short prevomers, and internal fertilization; plural: a salamander of the genus Ambystoma

chrysal: a transverse line of crushed fibers in the belly of an archery bow beginning as a pinch

regolith: unconsolidated residual or transported material that overlies the solid rock on the earth, moon, or a planet