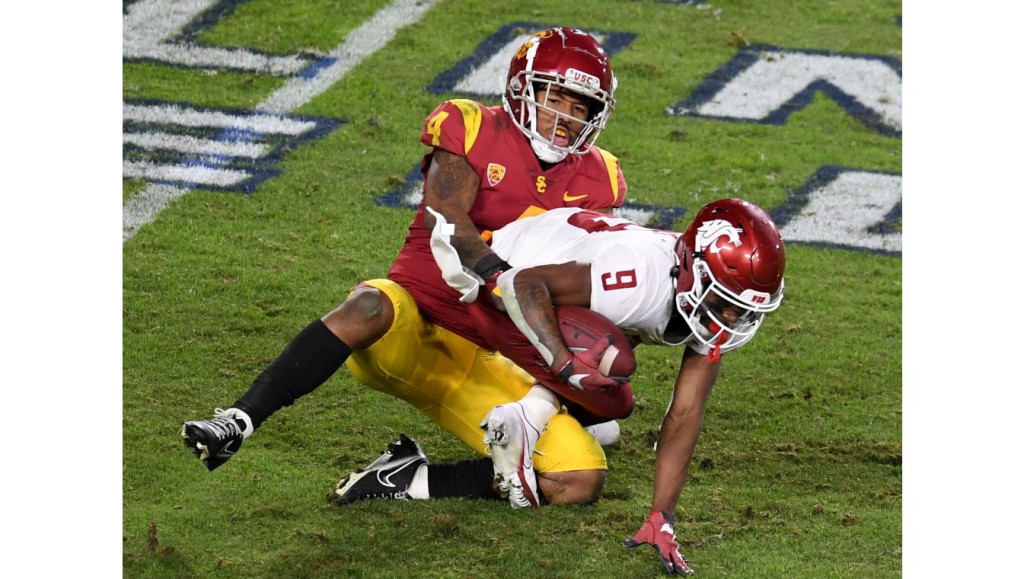 It’s devastating news for Williams, who suffered the same injury in the opening game of his senior season at Serra High. It cost him the first two games of his redshirt freshman season but he was able to play just over a year later. He vowed on Twitter to make a similar recovery.

“I’ve always been a fighter no matter what has happened,” Williams tweeted. “I’ve overcame it once and I’ll do it again.”

Last year, Williams played in all six games, making three starts as he recorded 22 tackles and 2.5 for loss. This spring appeared to be a prime opportunity for the redshirt sophomore to grab the starting nickelback job, with senior Greg Johnson out during spring camp following knee surgery.

With Williams and Johnson out for the remainder of spring, USC will be looking for other players who can fill in at nickel.

So far, Helton said, the leading candidates have been Isaiah Pola-Mao and Briton Allen.

Pola-Mao has started the past two seasons at free safety for USC. But Helton and the defensive staff like what the senior offers at nickel as far as man coverage in the box and his ability to rush off the edge. Allen brings a similar skillset to nickel, Helton believes.

And after considering the NFL draft before staying at USC, Pola-Mao can show a different side of his game to scouts at nickel, too.

“Isaiah’s been in the system, he understands it and it just helps him grow also and puts some tools in his toolbox by being so versatile,” Helton said.

The possibility of moving Pola-Mao to nickel could leave USC with a new set of starting safeties after Talanoa Hufanga’s departure for the NFL.

The Trojans do have one veteran replacement in line with junior Chase Williams and his 20 games of experience. Helton said Williams is playing more physically after a successful winter strength and conditioning program and showing his experience in spring practices.

“He’s acting like a veteran, a multi-year kid,” Helton said. “He made a very veteran play in the run game on Thursday that really stood out to me and looked as fast and confident as I’ve seen him since he’s been here.”

“You can just tell Xavion’s been in college football for a year, from his body to how he plays,” Helton said. “We’re so inexperienced you can’t put a value on that.”